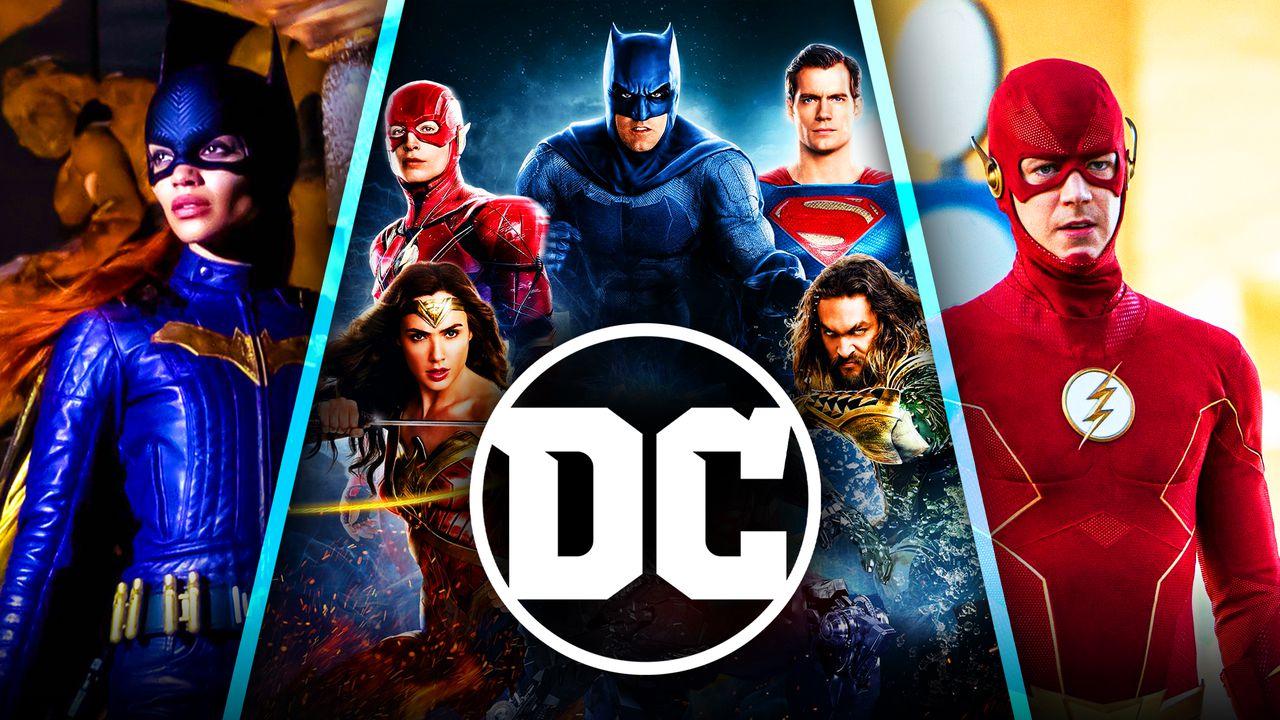 The industry was shocked recently when Warner Bros. decided to simply throw away Batgirl, which was set for release within the next year or so. The Leslie Grace project had already finished filming and was in the editing stages when it got the bad news.

The questionable move showed that nothing is safe when it comes to Warner Bros. paving the way for its new grand plans.

With everything in question, let’s take a look at all of the recent DC movies and shows that have been canceled and what projects fans are still understandably worried about.

The event that prompted this whole article: the abrupt cancellation of Leslie Grace’s Batgirl. The film was well into post-production and on its way to being completed, not it’s like it never existed in the first place.

Yet, WB had no mercy, completely wiping it off of the face of the Earth. It’s likely that no version of it will ever see the light of day—and that’s disheartening for many fans around the world.

One of the biggest controversies in recent years when it comes to the superhero genre is undoubtedly the mess that is Ezra Miller. In the last few months, The Flash star has been arrested multiple times, accused of grooming minors, potentially leading a cult, and traversing around with a gun and body armor on his person.

This kind of PR disaster is almost certainly causing consistent panic amongst the ranks in WB. Could they end up scrapping Miller’s movie like they did for Batgirl?

With the show’s massive $200+ million budget, it’s not likely. But releasing it in any fashion could prove very difficult—especially if Miller’s situation only gets worse.

A Wonder it was Considered at All (Canceled)

When Wonder Twins was announced, many were confused. It certainly seemed like a strange project to get going when WB was still dragging its feet regarding bigger characters like Green Lantern and Superman.

The two leading actors were even cast, with KJ Apa and Isabel May getting the roles. That only lasted a few weeks, however, as the plug was pulled right before production started up. It was one of the quickest changes to happen after the big WB-Discovery merger.

When news came out that The Flash would feature Sasha Calle as Supergirl, the reactions were mixed, to say the least. But WB seemed fairly confident in the direction of her character, so it didn’t take long for the studio to announce they’d be developing a spin-off.

With all of these new changes and drastic shifts, it’s clear WB wants different things than the last set of leadership. Add on all of The Flash’s drama, and there’s a fairly solid chance that Calle’s woman of steel might not get her chance to shine.

Could Blue Beetle be Nixed? (Pending)

Blue Beetle only just wrapped up filming. The project was originally set to be another HBO Max exclusive release like Batgirl but was instead shifted to a theatrical run next year starting on August 18, 2023.

Could that move have saved the project from being canceled? From the set photos, the story could be pretty faithful to the source material, and many fans are excited to see the character debut—hopefully, that future comes to fruition.

Fans will see lots of Arrowverse content on this list, but one of its earliest casualties was Legends of Tomorrow.

The show lasted quite a long time, seven seasons in fact; but after introducing Booster Gold, their time ran out. The crew of the Waverider has sadly traveled the timeline for the last time.

Ever since Ryan Reynolds’ DC Comics film flopped, fans have been dying for a better adaptation of the character. Thankfully, it was previously announced that a Green Lantern Corps movie and HBO Max series were in development.

The bad part? Well, there’s been next to no word on either in the years since they were announced. Many feel like this means those projects are easy pickings for WB as they readjust their strategy and save pennies across the board.

The Batwoman Who Was (Canceled)

Batwoman had it rough for a long while before the official ax came down on them. After the show’s first season, the lead actress, Ruby Rose, suddenly dropped out—which led to many accusations from several parties.

The creatives behind the show ended up creating an entirely original character to take up the mantle. That move lasted longer than many thought, but after its third season, Gotham City’s protector had to call it quits.

Could Reeves’ Vision be Changed? (Pending)

The Batman was incredibly successful for all parties; the studio, audiences, and critics alike. Matt Reeves hit the jackpot, so it’s no wonder WB wanted more projects from him.

Out of all the potential projects to be cut, the upcoming Penguin and Arkham series’ are definitely towards the bottom of the list. But, if a complete reset is what this new leadership wants, then these two shows may never see the light of day.

Even outside of DC Comics, Peacemaker was one of the most watched shows on HBO Max ever. The cherry on top? The critics loved it too.

So, one would think the already ordered second season is safe. Director/writer James Gunn certainly does; hopefully, that remains true in the months to come.

The last show standing in the Arrowverse belongs to Grant Gustin’s Scarlet Speedster. It’s not too surprising to see his show being the last on the chopping block––the actor’s performance was always a favorite, as was the hero himself.

Only days ago, it was officially announced that Season 9 will be its last and that it will have a shorter abbreviated run of episodes. It will truly be the end of an era.

As the Arrowverse was dying, CW announced Gotham Knights. It was a confusing move for sure, and many called the show’s demise then and there.

When the first trailer got released, it didn’t instill confidence. While the project is still breathing, odds are it won’t make it to the finish line.

Fans recently brought attention to the fact that Superman & Lois had been completely ignoring all its Arrowverse connections. It was only a few weeks ago when it was officially confirmed that the show does not take place in the same continuity as former shows such as Arrow or Supergirl.

But, even so, given how its former brethren ended up, it’s hard to see the series lasting much longer. It certainly isn’t one of HBO Max’s most successful offerings.

Harley Quinn is an interesting offering from DC Comics. The adult animated show gives creatives an entirely unique set of tools to approach the characters fans have known for so long.

The stories are funnier, raunchier, gorier, and just generally more insane—although that goes with the Harley Quinn territory. But is it unique enough to survive the current onslaught happening within Warner Bros.?

Titans and Their Cancelation Patrol (Pending)

It seems many people tend to forget that Titans and Doom Patrol even exist. Yet, they’re still going strong, with each currently in production of a new season.

Given their lower popularity, they seem like low-hanging fruit for cancelation. While their quality tends to be higher than CW offerings, sadly, the audiences are of a similarly small size.

There’s lots of change coming to the DC Universe. It’s too early to know if that’s a good or bad thing, but nonetheless, it’s happening.

During Warner Bros.’ recent investor call, it was confirmed that the new leadership aims to put in place a ten-year plan for DC Comics projects—in a similar manner to what the Marvel Cinematic Universe has done in the past. While that all sounds good on paper, it doesn’t make some of the studios’ more drastic choices look any better.

Hopefully, the franchise does become more organized and is built on a quality foundation. After all, it’s only going to benefit everyone involved; fingers crossed that’s the future fans have ahead of themselves.

One thought on “7 DC Movies & Shows That Got Canceled Recently”