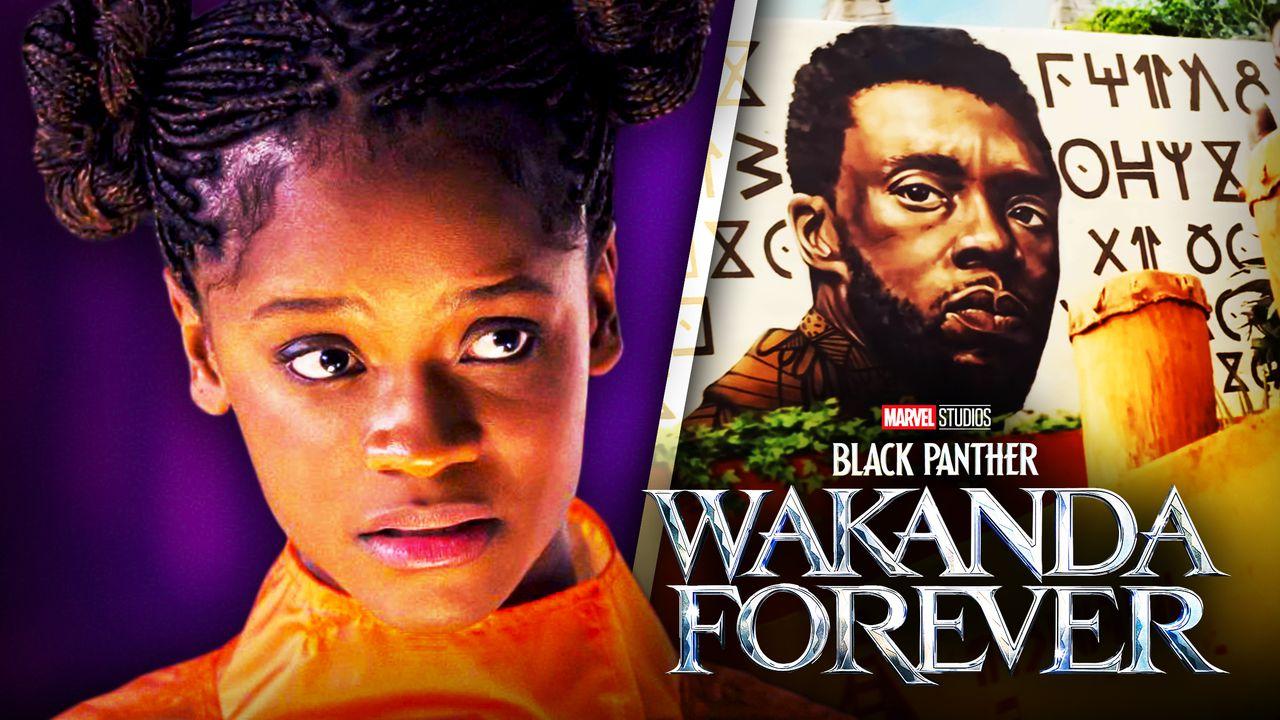 Black Panther: Wakanda Forever is going to be an emotional experience. Ever since the passing of Chadwick Boseman in 2020, Marvel fans have had to carry the weight of such a tragic loss along with them every day. As hard as it has been for audiences around the world, it was certainly something else entirely for the cast and crew returning to set for a sequel without the iconic actor.

It’s hard to comprehend just how emotional those first days must have been on set for all involved. At the very least, everyone involved is adamant that the upcoming movie would make Boseman proud.

While the real people behind the scenes had to deal with the loss, there are also the characters in the fictional world of the MCU. Disney has confirmed that T’Challa will be dead, and the nation of Wakanda will be reeling from the loss of their beloved king.

But how will the former King’s sister take it all? Thankfully, the actress herself, along with other cast members, was at San Diego Comic-Con 2022 to give some insight into where Shuri is during the upcoming movie.

In an interview with Black Girl Nerds at San Diego Comic-Con 2022, the cast of Black Panther: Wakanda Forever talked about what it was like coming back on set during its first week of filming, with Letitia Wright also talking about how her character, Shuri, reacted to the loss of her brother.

Wright shared that while shooting the movie, she was basically “trying to do therapy at the same time,” and that the “first week… wasn’t easy, but [they] had each other and each day got better:”

“That is the question of the hour. The first week was surreal. It was really surreal. We tried to get your game into the game, into the script, but you’re just also processing what just happened in the past eight/nine months, you know, and you’re trying to do therapy at the same time as [you] do [the] film. And the topic that you are discussing each day is real. They’re not fake. The first week it wasn’t easy, but we had each other and each day got better.”

As for her character, she revealed that Shuri becomes “consumed with her work” in reaction to her brother’s death, which causes her to “[create] at another level:”

“Shuri definitely is consumed with her work. The loss of her brother causes her to be so consumed with her work that she’s creating at another level, at a higher level actually. So there’s so much new technology to look forward to, and I think that’s where her sweet spot is at the moment. Like, ‘how do I process this?’ And she just throws all of her energy, even more so, into technology. So, there’s a lot of cool new things to look out for.”

One of the things that Danai Gurira specifically remembered was “walking into the throne room for the first time” since being there with Chadwick Boseman:

“Well, I would say the first week… sometimes it can start off with something that you can kind of, like, not have to really, you know, it’s something more rudimentary—it’s kind of more you just gotta walk from there to there, do you know what I mean? But the first week there was definitely a scene that we shot that [can be heard] in the trailer… and, yeah, that was a lot. But I mean, there were a lot of things that week, like walking into the throne room for the first time and remembering, you know, that [the] last time I was in the throne room [Chadwick Boseman] was sitting there.”

Gurira elaborated about how she, alongside her other cast members, also leaned on some of the new cast members and how “their love and support and… understanding” really helped:

“… [we also leaned] on some of our new cast members [like Dominique Thorne and Michaela Coel]. I remember Michaela was really there for me that day, like there’s just, their love and support and their understanding of taking care of us in those moments where we just don’t know what’s going to happen to us that day because grind does that. You don’t know where it’s coming [from], [or] how it’s coming. It’s a beautiful new family, I have to say.”

Shuri Gets Lost in her Work

Grief hits everyone differently. The journey people go on to deal with those intense emotions is never an easy one. Shuri will undoubtedly be taking the loss of her brother heavily. It seems fitting that the way she’ll deal with all of that will be for her to dive head first into her work.

Currently, within pop culture fandom, the thought process is that Letitia Wright’s Shuri is the clear pick for the successor to the mantle of Black Panther. It’s not clear if this is what will be happening, but there are plenty of signs indicating how that’s the direction Marvel is going.

Wright teased an increase in Shuri’s technical prowess; so, could her potential new Black Panther suit include some nifty tricks that have never been seen before? Stuff like that could certainly come in handy when it comes to facing off against Namor.

Fans will have to wait until November 11 when Black Panther: Wakanda Forever hits theaters to know how everything plays out.