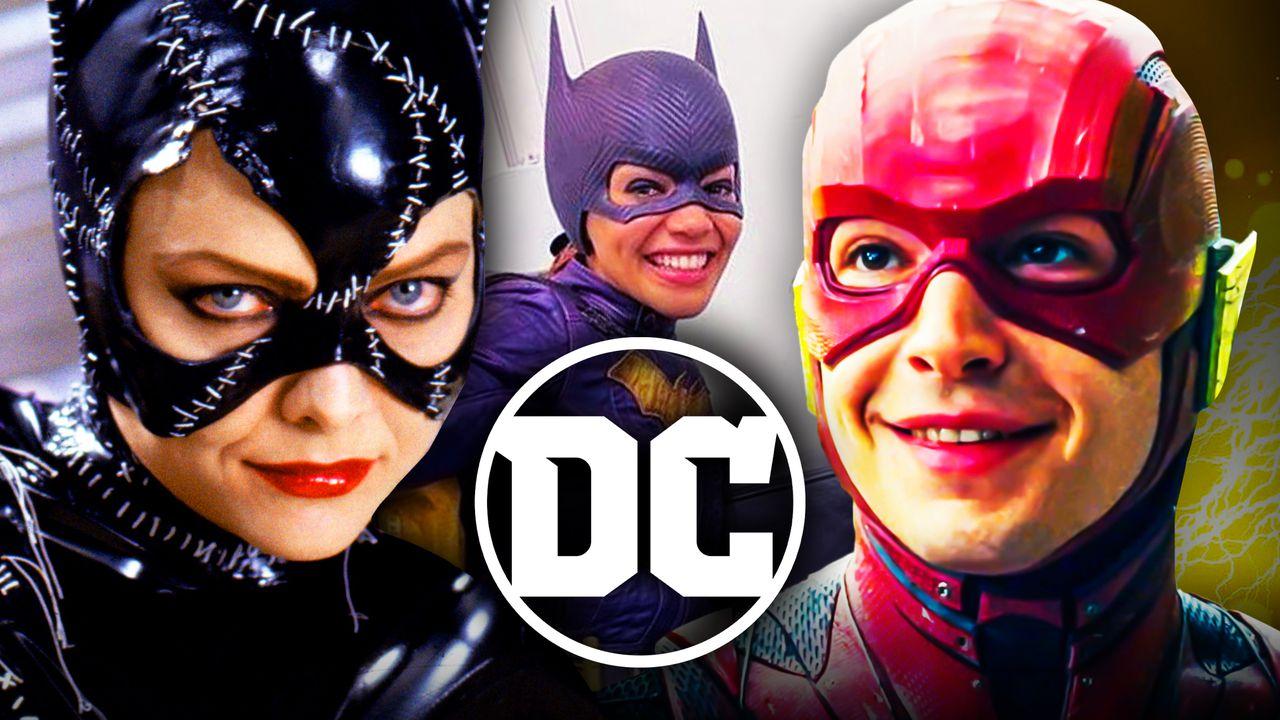 Batgirl has been the main subject of discussion among DC fans in the past few days due to the movie’s unceremonious cancellation over at Warner Bros. Discovery. The film was supposed to star In The Heights breakout actress Leslie Grace as the titular hero alongside a stellar cast that included Michael Keaton as Batman, J.K. Simmons as Commissioner Gordon, and Brendan Fraser as the movie’s villain, Firefly.

In an official statement, Warner Bros. revealed that the studio decided to cancel Batgirl due to its “strategic shift,” pointing out that it had nothing to do with the performance of the cast and crew.  Another report from Deadline also claimed that“the film tested once, and the result wasn’t that bad,” considering that it was a cut that included temporary visual effects.

In the latest episode of The Town podcast, Hollywood insider Matt Belloni revealed that he recently spoke with someone who had seen a screening of Batgirl, revealing new details about the movie.

While admitting that his source was trying to figure out what the ending was, Belloni shared that Batgirl’s “stakes are small.,” describing the villain Firefly as “just a dude in a suit:”

“My guy said that this was pretty much done, there was some CGI at the end, they were trying to figure out what the ending was, but like the fundamentals here… the stakes are small. Firefly is just a dude in a suit, who like may or may not have killed Batgirl’s mother early on, there was a fire or something, I don’t want to get into the details of the plot. Which he said was very convoluted, it involved multiple boyfriends and mob bosses.”

“There may or may not have been a reference to Jason Todd, who is a big character in the DC universe. But there’s no Robin in this movie. They do show Michelle Pfeiffer’s Catwoman mask, which is a nice little Easter Egg. Although Michelle Pfeiffer is not in the movie.”

The insider continued by saying that Batgirl is set “in the universe after the upcoming Flash movie,” noting that it served as a “reset of the DC Universe:”

“It’s set in the universe after the upcoming Flash movie, which is sort of a reset of the DC Universe, and Michael Keaton’s in it because he’s in The Flash as Batman. It’s also weirdly a Christmas movie, for some reason. So this movie likely wouldn’t come out until the holidays next year.”

In the same podcast episode, Belloni also shared, via ScreenRant, that the test screening audience agreed that the film was not big enough to receive a theatrical release, describing it as something that “played like a TV pilot” and even comparing it to Fox’s Dark Phoenix movie:

This is someone who was in the test screening a couple months ago where they were trying to figure out what to do with this movie and I called him and we chatted and he said that after the screening, the executives Walter Hamada of DC and some of the others there ask the audience, “Did this feel big?” and clearly they were trying to figure out whether it felt like it deserved a theatrical release and the consensus was absolutely not. He said it played like a TV pilot, the stakes were very small… He said it felt a little like Dark Phoenix.

Will DC Create Another Batgirl Movie in the Future?

From the stakes being small to the TV pilot and Dark Phoenix comparisons, Batgirl‘s test screening reactions are brutal, and these served as a crucial factor in the movie’s eventual cancellation. While many would agree that Batgirl filmmakers and the cast didn’t create a subpar movie that is not worthy of release, unfortunately, the audience reactions are of value in this kind of situation.

However, the reveal that the movie included a tribute to Michelle Pfeiffer’s Catwoman from Tim Burton’s Batman Returns is a welcome one, considering the iconic portrayal of the actress in the 1992 DC movie. Although the insider shared that Pfeiffer didn’t appear in the movie, it would’ve still been a perfect tribute for both the actress and the character.

For those closely following the news about Batgirl, the movie’s connection to The Flash isn’t surprising, especially after set photos revealed the involvement of Michael Keaton’s Batman. Still, it would’ve been confusing for casual audiences to find out why Keaton’s Caped Crusader instead of Ben Affleck’s Dark Knight is involved in the movie, considering that the latter was the definitive Batman of the DCEU.

The Flash serving as the starting point of the “reset of the DC Universe” is a no-brainer since the Scarlet Speedster’s ability to time travel allows the franchise to showcase a fresh start. It’s possible that Warner Bros. is using the film as the launchpad of their “10-year plan” to fully reset everything, and sadly, Batgirl and other DC properties are no longer part of that new beginning.