Couple thought they saved a kitten, Tennessee rescuers say. But it was no ordinary cat 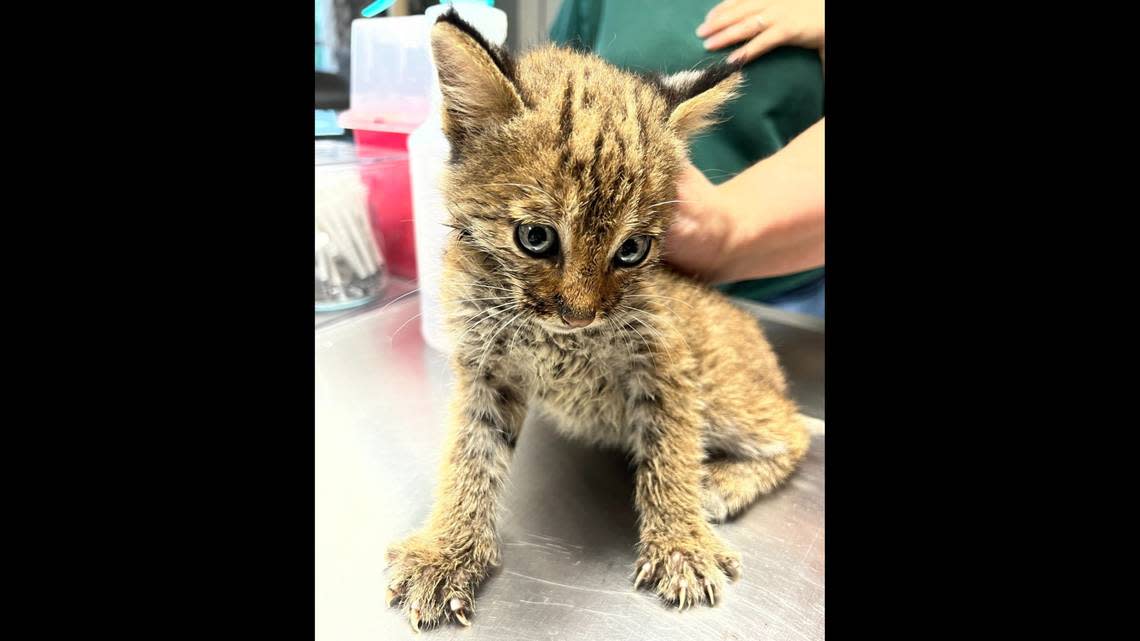 A middle Tennessee couple came to a kitten’s rescue after it ran onto their back porch, but they quickly learned it was no ordinary cat.

An “emergency” trip to True Rescue animal shelter in Mount Juliet determined the lost “kitten” was actually a baby bobcat, according to the shelter’s Facebook page.

Photos posted online show the tiny, wide-eyed feline, which arrived at the shelter on Friday, June 17, after a couple found it wandering on their property earlier that morning.

Simcik also noted the kitten’s distinctive fur and vocalizations, which are unlike those of a domestic kitten. Bobcats rarely meow and will instead “chortle and make birdlike chirps,” according to the Smithsonian’s National Zoo and Conservation Biology Institute.

Most of the world’s bobcats can be found in the U.S., the zoo’s website states, though they range from southern Canada to Mexico. They’re known to be excellent climbers and sprinters, reaching speeds of 30 mph, and can weigh between 9 and 33 pounds.

While humans may mean well, Simcik said it’s best to never remove a young animal from the wild.

“We always recommend people Googling … exactly what to do,” she said. “Most of the time, (the results) will say to leave it. You’re endangering it far more trying to pull it out of that environment and care for it yourself than leaving it.”

Extended contact with humans can make the bobcats tame, diminishing their ability to survive in the wild, Simcik added.

The baby bobcat, named Pearl, was taken to another rescue before being transferred to For Fox Sake Wildlife Rescue in Chattanooga, where it’s recovering, according to a Facebook post.

“Pearl is in great shape,” rescuers wrote in an update on Sunday, June 19. “She’s a little anemic, which is common for young mammals her age as the iron stores from the womb start depleting, but that’s nothing we can’t fix. She’s also a little on the thin side, but she ate very well at Walden’s Puddle and will certainly continue to do so here.”

The bobkitten will eventually be released back into the wild.

Mount Juliet is about 20 miles northeast of Nashville.