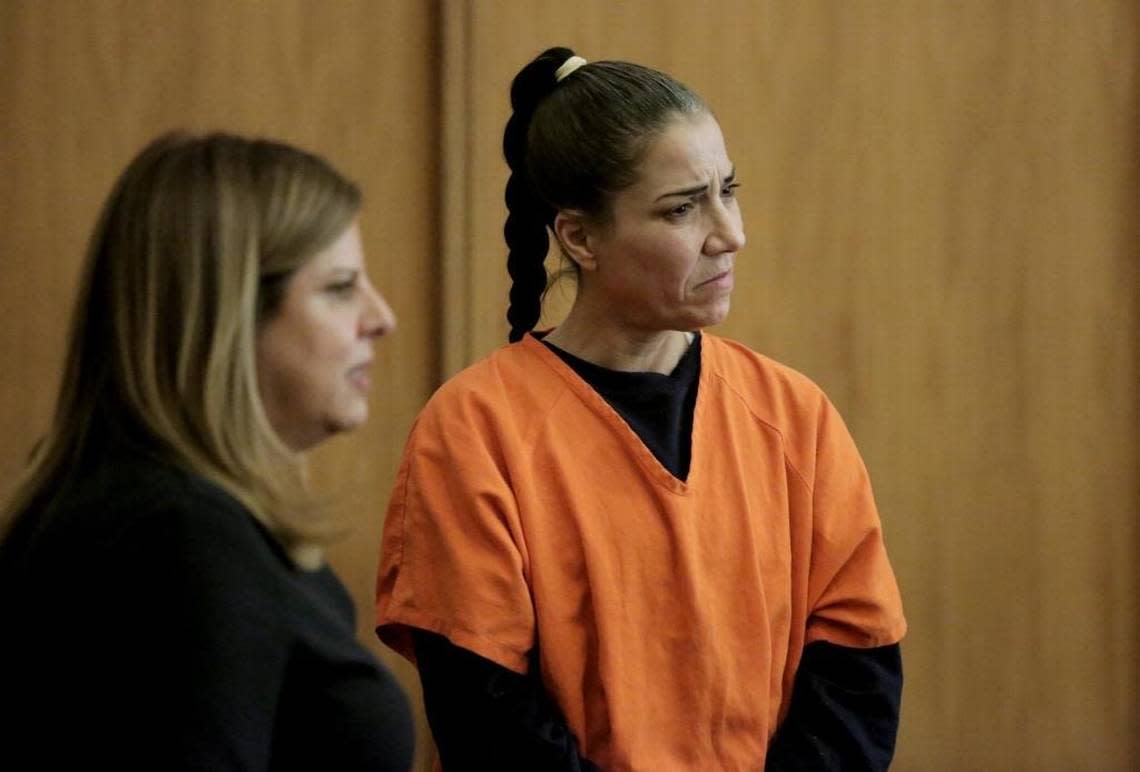 Seven years ago, a drunk driver named Marilyn Aguilera drove onto a crowded West Miami-Dade baseball field, plowing into a popular high school principal. The crash cost him his legs. Aguilera pleaded guilty and went to prison for five years.

Aguilera finally walked free in February — but was recently returned to jail, accused of tampering with an ankle monitor designed to detect whether she’s been drinking.

As part of her probation, the 57-year-old has been living at a halfway home, wearing a SCRAM bracelet, which detects the presence of alcohol in her perspiration. On two occasions in April and May, probation officers noted, something was placed between her skin and the bracelet, leaving the monitor unable to test her sweat for alcohol overnight.

“My hypothesis is that she’s drinking at this group home,” Miami-Dade prosecutor Laura Adams said during a court hearing on Thursday, adding: “Some people are beyond help. I don’t know if that’s the case with Ms. Aguilera.”

Aguilera, who is being represented by the Public Defender’s Office, has not outlined her reasons for what happened those nights.

But the operator of the group home testified on Thursday that Aguilera has been a “model resident.”

“We’ve not seen her under the influence,” she said.

Miami-Dade Circuit Judge Mavel Ruiz scheduled another hearing for Tuesday, saying she was inclined to put her back on probation but only after she is reassured that Aguilera is staying clean.

“She needs to understand that there will be zero tolerance for a violation in this case,” Ruiz said.

In April 2016 Aguilera drove her SUV onto the baseball field, horrifying spectators, and rammed high school principal Javier Perez as he coached his son’s little-league championship game. Perez was trapped under the SUV. He nearly lost his life.

Aguilera smelled of alcohol and failed roadside sobriety tests. A large open can of Budweiser beer was on the floorboard. Blood tests later showed she was drunk by nearly triple the legal limit.

Days after the crash, students held a candlelight vigil to support Perez while events helped raise money for his medical bills. In the months after, he became an inspirational figure after undergoing more than 100 blood transfusions and 20 operations, vowing to one day walk back into South Dade High on prosthetic limbs.