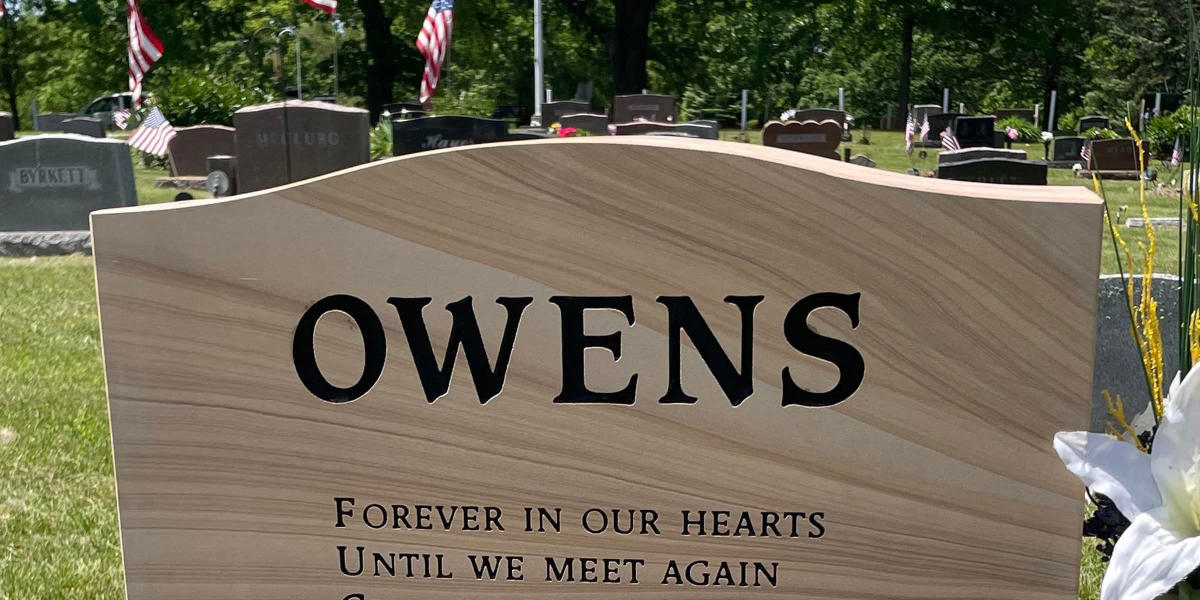 He was also a sarcastic wisecracker with a go-to retort: “F— off.”

So when the 59-year-old grandfather unexpectedly died in September, his family gave him a custom headstone that discreetly incorporated the explicit phrase.

“It was a term of endearment — because if he didn’t like you, he wouldn’t talk to you at all,” Steve’s son Zach Owens, 31, told TODAY Parents. “His friends always tried to make him say it by pushing his buttons. He was easily riled up.”

Zach and his sister, Lindsay Owens, wanted to engrave their dad’s headstone with the phrase, but family members worried it was too graphic.

So they wrote a dedication that gets the point across when the first letter of each word is read in succession:

“Forever in our hearts, until we meet again, cherished memories, known as our brother, father, papa, uncle, friend, & cousin.”

Related: People can’t get enough of this funny obituary a son wrote for his mom

The family felt it honored their father while showing respect for visitors of Warren-Powers Cemetery in Camp Township, a rural community in unincorporated Polk County, Iowa.

“I have visited his grave many times since he passed away and I don’t know what the headstones say next to (dad’s),” Lindsay, 34, told TODAY Parents.

Lindsay said she ran the inscription by a monument company without objection. So the family paid $3,200 for the stone and the engraving. After a six-month wait, it was delivered to the cemetery.

However, Lindsay said that a member of the Board of Trustees for Camp Township, which operates and maintains the cemeteries in the district, objected to the stone.

“She told us the board needed to discuss it and she’d get back to us,” Lindsay said. “But we never heard back. We also asked for a copy of the cemetery rules and (never got them).”

A spokesperson for Polk County told TODAY that members of the public can write headstone inscriptions of their choice, and the small community doesn’t dictate memorial markers.

Controversial engravings have never started a problem in the past, the spokesperson added, but a number of families of loved ones in Warren-Powers Cemetery have complained about Owens’ gravestone.

“We can understand why families of those with loved ones at the Warren-Powers Cemetery may be offended by the off-color attempt at humor at this memorial marker,” Camp Township Board of Trustees member Alex Johnson told TODAY Parents.

“Camp Township has not had a process in place to review the wishes of family members in the past,” Johnson said. “I don’t think anybody should visit a loved one at one of our cemeteries and leave offended. We will be re-evaluating our procedure for memorial markings moving forward.”

“We weren’t trying to offend anyone,” Zach Owens explained. “We want the stone to stay where it is. If we have to take it out, it could be a big financial battle.”

Besides, he said, most people appreciate the inscription — and his dad would too. “He’d say, ‘f— off.'”