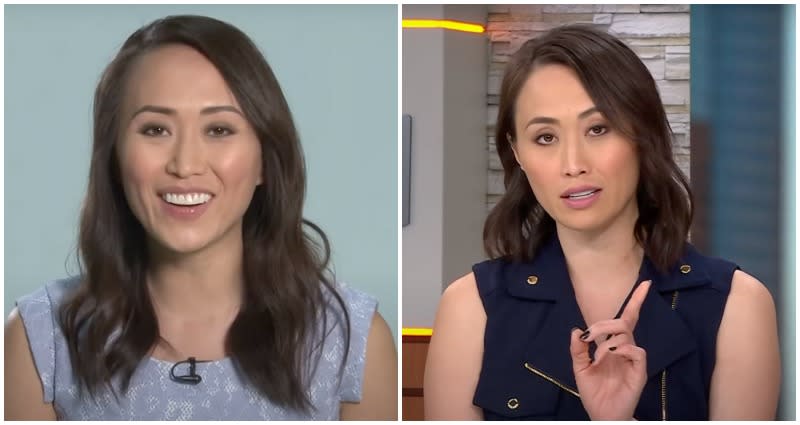 Vang bid farewell to Minnesota as a co-anchor of “KARE 11 Sunrise” earlier today after announcing last week that she was leaving the station.

The reporter joined KARE 11 in June 2019 after previously working at a TV station in Fresno, California.

“It is not lost on me that I’m leaving a position at the station where I am the only news anchor of color,” Vang said on Friday’s “Sunrise.” “It’s not just because of the clear ways we can measure that, but you also tell me in emails, messages, events, when you see me out in the community that being in my skin in this position makes a difference. And given my experiences, know that I’ve always seen you. Thank you, Minnesota. Thank you for letting me share your stories.”

Vang was born in Modesto, California, and is one of 10 children born to refugee parents who fled Laos during the Vietnam War. While at KARE 11, she often spotlighted stories relating to her Hmong American background.

The journalist made national news by co-founding the “Very Asian” campaign in January with Michelle Li, an anchor at the NBC affiliate in St. Louis, to fight racism. The two anchors launched a clothing line with all its proceeds benefiting the Asian American Journalists Association.

“I’m heartened by the changes we’ve made at my station in the last three years, especially when it comes to diversity and inclusion,” Vang shared on Instagram. “I have had so many people who aren’t just Hmong tell me they watch now because their stories are finally being reflected in coverage. There are many people who are continuing to carry the torch and I believe they will. I think it’s necessary they do and that they are supported.”

Vang is considered one of the nation’s most high-profile Hmong American journalists. Along with Yia Vang, the journalist debuted “Hmonglish,” a podcast that explores the intersection of Hmong and American culture. Since the beginning of this month, the two hosts have explored their dual heritage along with special guests.

While Vang has yet to announce where she is headed, she previously suggested that she will be leaving Minnesota.

More from NextShark: ‘COVID Karen’ Refuses to Wear Mask, Tells Asian Man to ‘Go Back to China’ in SFO