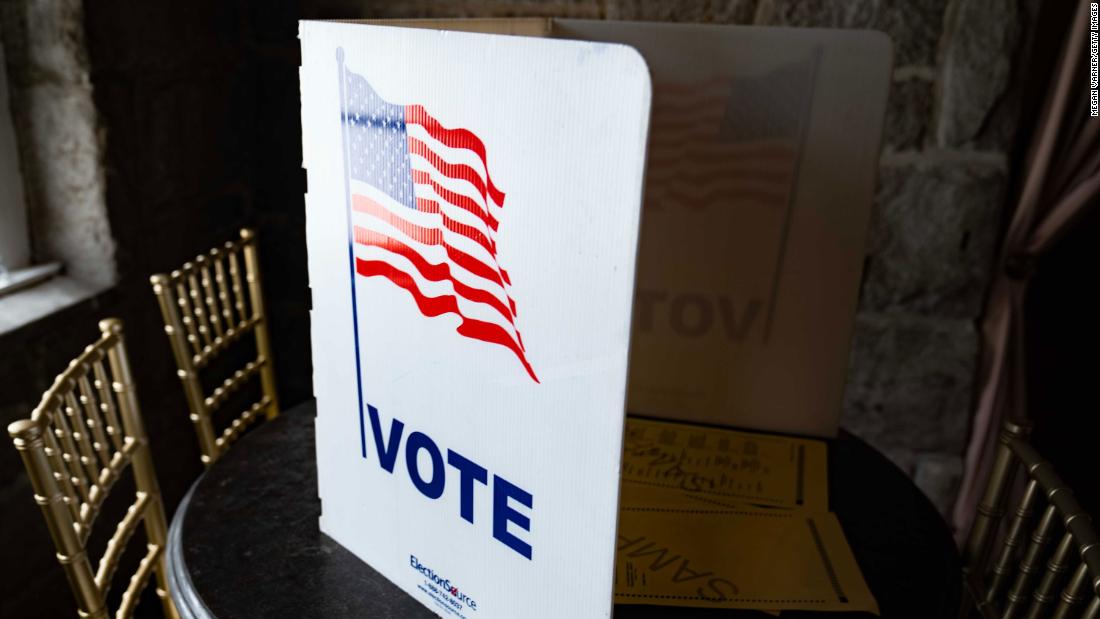 There are also runoffs in Georgia, including in two US House races that Trump has weighed in on and in the Democratic primaries for secretary of state and lieutenant governor, among other statewide offices.

In Alabama, the Republican primary to fill the seat of retiring GOP Sen. Richard Shelby has captured national attention for months. Trump in March yanked his endorsement of Brooks, accusing the congressman of going “woke” for suggesting voters move on from the 2020 election, even though Brooks was the first House Republican to vow to oppose congressional certification of Joe Biden’s victory. Britt, the former president of the Business Council of Alabama and a one-time top Shelby aide, has cast herself as a Trump-aligned conservative while arguing that Brooks, a six-term incumbent, is a career politician who only recently embraced the former President after heavily criticizing him during the 2016 GOP presidential primary.

There’s also a Republican primary runoff for Brooks’ US House seat in northern Alabama, with Dale Strong and Casey Wardynski facing off.

In Georgia, Republicans are holding primary runoffs for two open House seats that feature Trump-endorsed candidates. In the Atlanta-area 6th District, emergency room doctor and Marine veteran Rich McCormick and Trump-backed attorney Jake Evans are competing for the GOP nomination. In the 10th District, east of Atlanta, Trump’s pick, former Democratic state Rep. Vernon Jones, faces businessman Mike Collins, the son of the late Georgia Rep. Mac Collins, in the GOP primary.
Georgia Democrats will pick their nominees for several statewide offices, including for secretary of state. In that race, state Rep. Bee Nguyen and former state Rep. Dee Dawkins-Haigler are looking to take on GOP incumbent Brad Raffensperger, who drew Trump’s ire after he refused to “find” enough votes to overturn Biden’s victory in the state in 2020. (Raffensperger is set to be in DC on Tuesday testifying before the House committee investigating the January 6, 2021, insurrection.) Meanwhile, the Democratic runoff for lieutenant governor pits former US Rep. Kwanza Hall against lawyer Charlie Bailey, with the winner to face Trump-endorsed state Sen. Burt Jones in the fall.
In Virginia — where Republicans last year swept all three elected statewide executive offices and won control of the state House of Delegates — there are GOP primaries for two US House seats that could be key to determining control of the chamber next year. In the Virginia Beach-anchored 2nd District, Republicans seeking to take on Democratic Rep. Elaine Luria include state Sen. Jen Kiggans, a Navy veteran and nurse practitioner backed by House GOP leaders such as Kevin McCarthy and Elise Stefanik, and Jarome Bell, who has made Trump’s lies about the 2020 election central to his campaign and is backed by several allies of the former President. In the new 7th District in Northern Virginia, Rep. Abigail Spanberger, like Luria, faces no opposition for the Democratic nomination. The Republican field there includes state Sen. Bryce Reeves, Prince William County supervisor Yesli Vega and retired Army Green Beret Derrick Anderson.

In Washington, DC, Mayor Muriel Bowser faces three primary challengers in the Democratic primary as she bids to become the first DC mayor to win a third consecutive term since Marion Barry in 1986.

You can follow along with results on CNN.com and with our live updates. CNN’s decision desk will be monitoring results and will make projections accordingly.

What time do polls close?

In Virginia, polls close at 7 p.m. ET. Mail ballots can be received by noon on June 24 if they’re postmarked by June 21.

In Georgia, polls close at 7 p.m. ET. Mail ballots must be returned by close of polls on June 21.

In Alabama, polls close at 8 p.m. ET. Mail ballots must have been returned by hand on June 20 or received by mail by noon on June 21.

In Washington, DC, polls close at 8 p.m. ET. All registered voters affiliated with a major political party were mailed a ballot. Ballots can be received by June 28 if they’re postmarked by June 21.