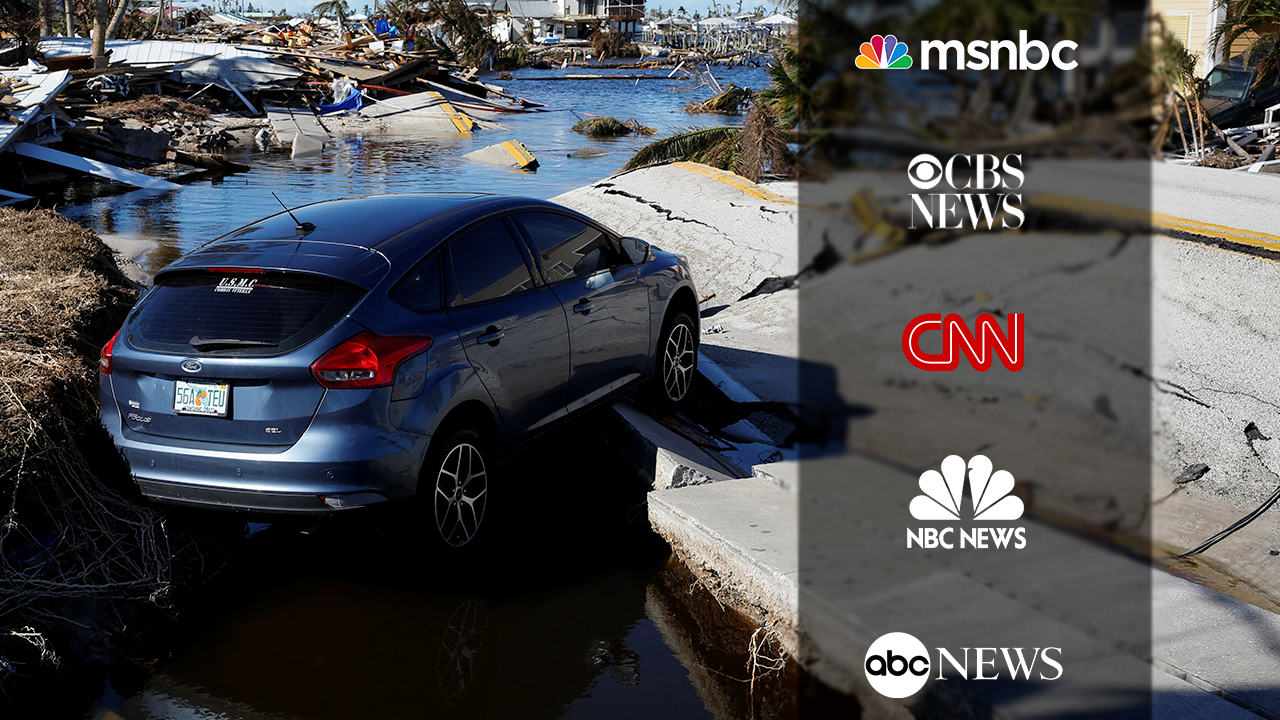 Climate change was a central topic of conversation throughout on-air coverage of Hurricane Ian, with the phrase mentioned across CNN, MSNBC, ABC, CBS, and NBC more than 600 times in a one-week period.

A review of transcripts by Fox News Digital found that CNN accounted for the largest chunk of climate change mentions, with the phrase uttered 311 times between Sept. 26 and Oct. 2.

MSNBC was not far behind, with climate change getting mentioned in coverage of the hurricane 212 times, mostly during primetime shows.

For their part, CBS News made note of climate change 61 times, while ABC News echoed the phrase 27 times, and NBC News 23 times.

The vast majority of these instances saw hosts, reporters and guests state that climate change was causing oceans to warm, and thus were exacerbating and intensifying major natural disasters, including forest fires and storms such as hurricanes.

As Velshi reported on the impact of the storm live, Reid claimed that global warming had allowed hurricanes to “thrive.”

“There is a lot that has changed about the earth that has made these things worse, right? These things are thriving because the water is getting warmer. We stopped calling it global warming for political reasons, but that’s what it is. Our earth is getting warmer and there’s just no doubt, I think, left that it is feeding these beasts,” Reid said.

One of the network’s meteorologists, Michelle Grossman, also discussed climate change in the context of Hurricane Ian. On Friday, “Morning Joe” co-anchor Willie Geist asked her whether, in her experience, Ian’s move from one body of water to another was unusual for a storm near Florida’s coast.

A home burns after Hurricane Ian passed through the area on September 29, 2022 in Sanibel, Florida. The hurricane brought high winds, storm surge and rain to the area causing severe damage.
(Joe Raedle/Getty Images)

“You know, we’ve seen so many rarities this season. We’ve seen storms go from the Atlantic to the Pacific, back to the Atlantic. With this storm, you know, I think what stood out, it stood out as a weak storm and then just rapidly intensified. We don’t see that often and that is a connection with climate change,” Grossman said.

In a separate segment, “Morning Joe” co-host Mika Brzezinski took it a step further and claimed that Hurricane Ian was the result of “human-caused” climate change.

On CNN, host Don Lemon was shut down by acting director of the National Oceanic and Atmospheric Administration’s (NOAA) National Hurricane Center on Tuesday after he asked about the effect climate change had on Hurricane Ian.

Lemon noted that meteorologists have said Hurricane Ian could enter “another period of rapid intensification” and asked Jamie Rhome what effect climate change has had on the “phenomena.”

Rhome replied they could come back to a discussion on climate change another time and claimed that rapid intensification was likely almost done. Lemon, appearing to be unsatisfied with the answer, again pressed Rhome on what effect climate change could have on the phenomena.

Naples, Florida streets are flooded on September 28, 2022 as the state is hit by Hurricane Ian.
(Naples Fire-Rescue / WEATHER TRAKER /TMX)

Hurricane Ian slammed into southwest Florida as a Category 4 storm on Wednesday, causing more than a million residents to lose power and prompting stark safety warnings from Florida officials.

The claim that Hurricane Ian was in part or in whole the result of climate change has also popped up in recent days in print articles scattered across the internet.

Major liberal media networks have frequently blamed a number of natural disasters on climate change in the last several years.

In February 2021, following a winter storm that caused widespread power outages for 4 million Texans that left almost 100 dead, major media outlets such as MSNBC, The Washington Post and CNN blamed the issue on climate change and called for a number of radical environmental policies. Similar on-air conversations and print pieces cropped up following California’s recent electrical grid issues, which were frequently blamed on climate change-induced wildfires.

Nikolas Lanum is an associate editor for Fox News Digital.

Podcast: Being an OnlyFans creator isn't as easy as you think. Audie Cornish hears from two people who've made it their career