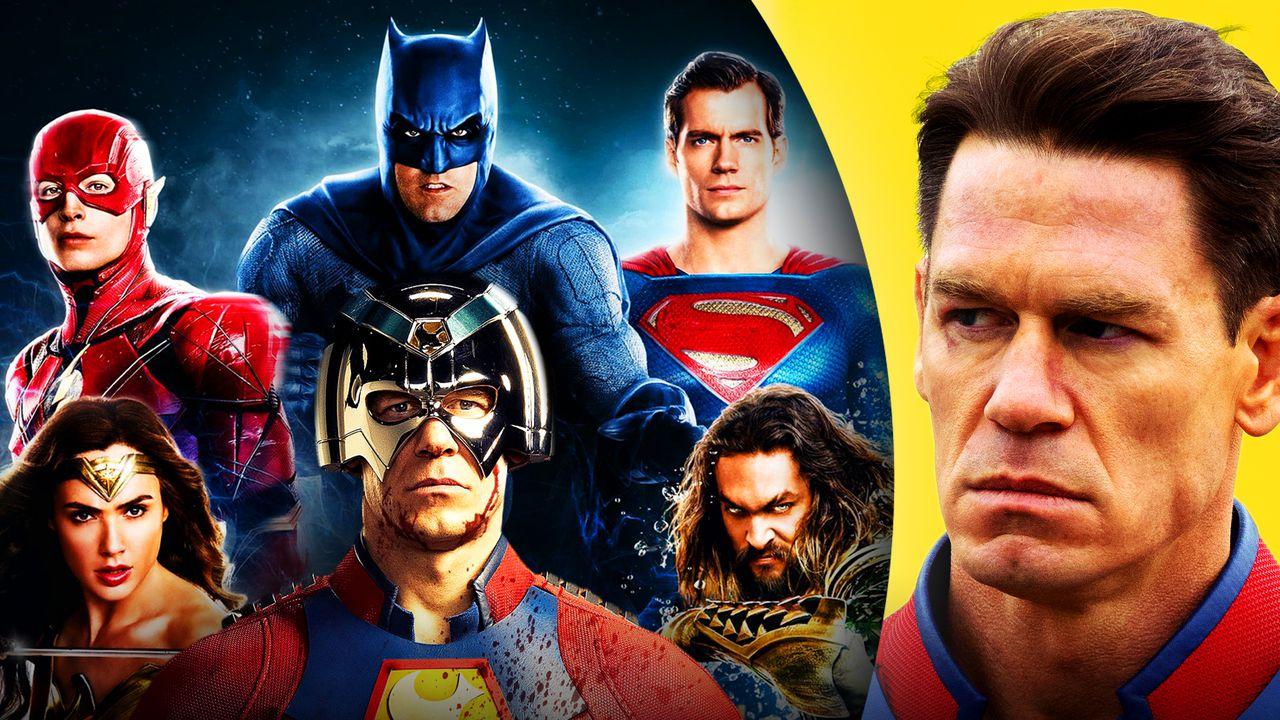 Before James Gunn dove back into the world of the Marvel Cinematic Universe, he was still having fun in the playground afforded to him by Warner Bros.. It all began with last year’s The Suicide Squad, which then paved the way for the director’s big spinoff show, Peacemaker.

The HBO Max series saw John Cena’s titular character forced to team up with Argus members in order to stop a uniquely terrifying alien invasion. The show was just as crazy as one would have thought. Its freshman run did so well that there wasn’t much hesitation from the studio to order another season.

The first batch of episodes was previously confirmed to take place in the DCEU continuity, right after the events of Cena’s premiere DC movie. But could that change with the upcoming new season?

After all, next year’s The Flash is set to provide Warner Bros.’ continuity with a fresh restart thanks to time-traveling shenanigans. In fact, rumor has it that it could erase the Snyderverse entirely.

Thankfully, Gunn has provided the answer, and it seems it’ll be like it always was: part of the main DCEU timeline.

With Ezra Miller’s The Flash on the horizon, some big changes are coming to the DCEU timeline. While it’s not known when James Gunn’s Peacemaker is looking to air, the odds are that it will be after the Scarlet Speedster’s solo outing has finally hit theaters.

With that said, where would Peacemaker’s show be in the canon heading into Season 2? Will it be considered on its own? Part of the Snyderverse? Part of the DCEU’s new timeline?

In response to a fan asking those very questions, Gunn clarified on Twitter that, “Yes, Peacemaker is still and will continue to be DCEU.”

He doesn’t elaborate any further, but this is likely to mean that whatever the continuity of the wider DCEU becomes, Peacemaker will be a part of it.

For those who may not be in the know, the Snyderverse, aka the current DCEU continuity, has been through a lot of turmoil. From Zack Snyder’s crazy Justice League antics to Ezra Miller’s drama and even the complete avoidance of Henry Cavil’s Superman—a change is needed.

When The Flash finally arrives next year, it’ll finally give the cinematic universe a much-needed reset. Though, sadly, it’s unclear what state Barry Allen himself will end up in, thanks to Warner Bros. ditching the actor for future projects.

But, when that timeline adjustment does occur, the very question above will be something fans inquire about in regards to nearly every DCEU project that’s ever existed. Did everything fans see still happen in a sense? Or are whole movies and events simply not canon anymore?

The rumors seem to indicate that there’ll even be an entirely different Justice League roster. Will the original group ever form again?

So many questions that fans will almost certainly have to wait a good long while before they get any concrete answers.

The Flash hits theaters on June 23, 2023, while Peacemaker’s second season is currently expected to arrive on HBO Max at some point next year.