Laura Ingraham on 'Fox & Friends': Americans are getting poorer under Biden and it's scary 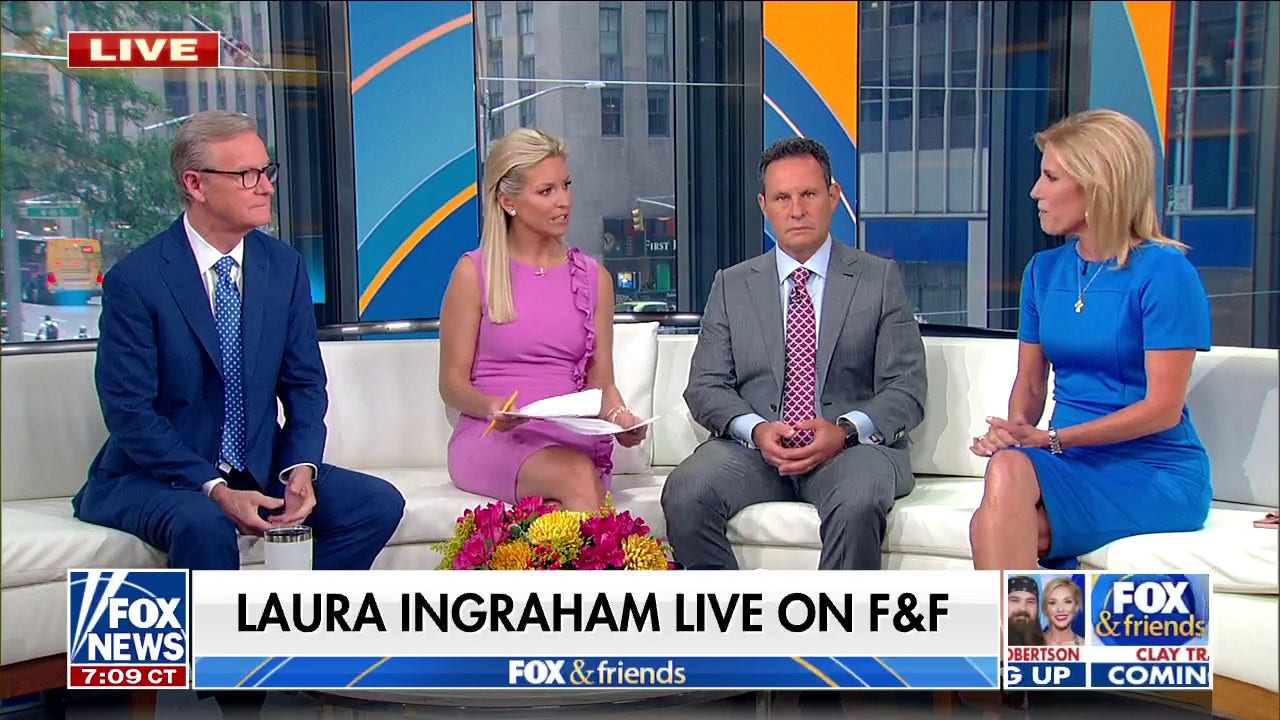 Fox News host Laura Ingraham said on Wednesday that Americans are suffering under President Biden’s energy policies, as the administration calls on Congress to approve a three-month gas tax holiday.

“Five major refineries have already shut down in the United States because investors shockingly actually want to make a profit. And they know there’s no long-term viability in this investment because of the ESG movement and all the green movement, both here and around the world,” Ingraham told “Fox & Friends,” also previewing her new Fox Nation, show “Hidden Gems.”

Biden has faced backlash after appearing to suggest that high gas prices will be a “good” opportunity to make a “fundamental turn” to clean energy.

Some conservatives called the president out on Twitter for the comments, as gas prices average $4.98 a gallon nationwide, according to AAA and inflation rose to a 40-year-high last month, sparking fears of an impending recession.

“They decided America was going to abandon our energy independence and all of our strength and frankly, a lot of our sovereignty because we had cheap energy for 400 years. Now they want to throw that away as China is building coal plants, coal-fired plants,” she stressed.

WASHINGTON, DC – MAY 10: U.S. President Joe Biden speaks about inflation and the economy in the South Court Auditorium on the White House campus May 10, 2022 in Washington, DC. Biden stated that tackling the rising prices is his top domestic priority and accused Republicans of not having a plan to fight inflation.
(Photo by Drew Angerer/Getty Images)

Ingraham said it’s all about the “great transition” to green energy and Americans are “suffering the most” from the policies.

Joshua Q. Nelson is a reporter for FoxNews.com. You can find him on Twitter @joshuaqnelson.