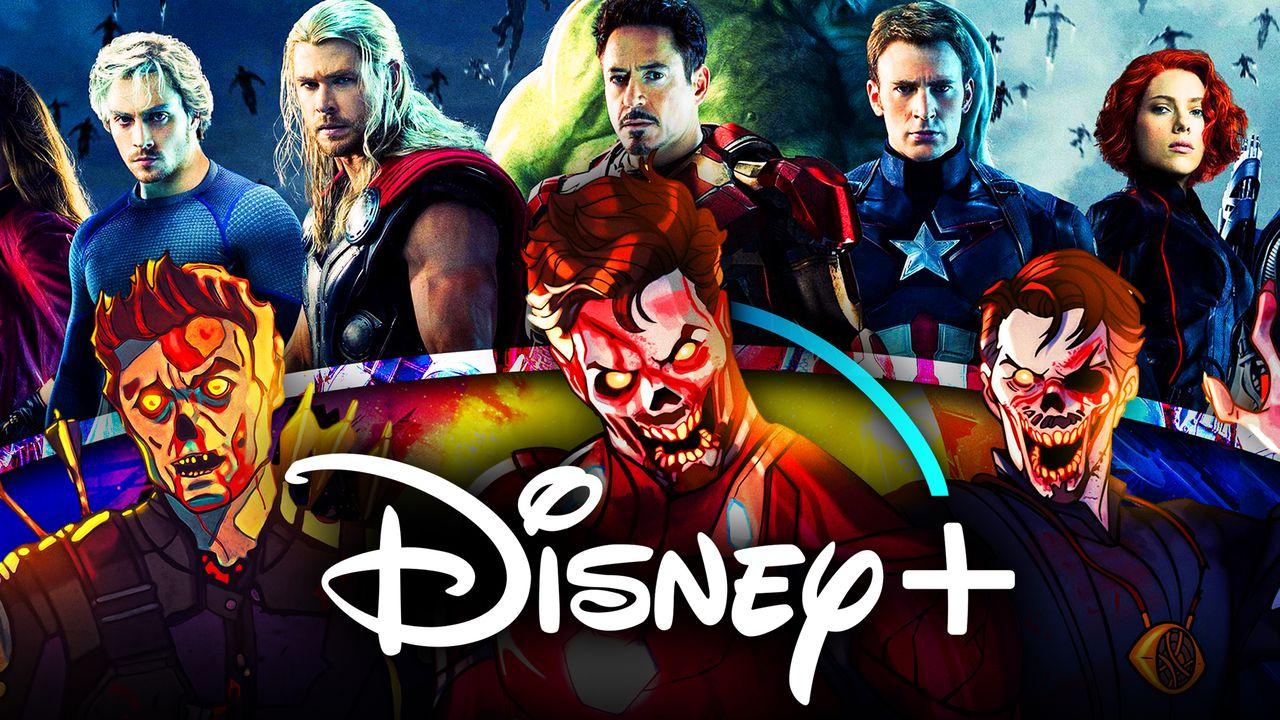 During Marvel Studios’ animation panel at San Diego Comic-Con 2022, fans learned about some exciting additions to the new round of animated storytelling Marvel will bring to Disney+. Included in this is the franchise’s first-ever TV-MA animated outing, Marvel Zombies, which will bring a terrifying new adventure to the table.

First seen in Episode 5 of What If…? last year, Marvel brought zombie versions of its biggest heroes and villains into the mix with Spider-Man, Okoye, and others leading the fight in an alternate timeline.  Now, fans are getting an entire series tackling that same theme as the undead look to make their mark on a troubled sect of the Marvel universe.

This series was first confirmed to be in development at Disney+ Day 2021, with exciting new imagery and intriguing new storylines teased for this unique animated outing on Disney+. Now, fans have a better idea of who they should expect to show up with more than a dozen iconic alternate MCU characters confirmed for inclusion.

The official Marvel website confirmed 18 characters that will be involved in the animated Marvel Zombies show on Disney+, providing a tease for some plot details as well. Collider also shared images featuring these characters ahead of their arrival on Disney+.

The team of zombie hunters features heroes from nearly half a dozen Marvel movies and shows, including Black Widow, Shang-Chi and the Legend of the Ten Rings, Hawkeye, WandaVision, and Ms. Marvel.

The Black Widow legacy will continue to thrive in this series as a group of the classic Russian assassins takes center stage, fully armed and ready for battle against the oncoming zombies.

The photos also include a group of well-armed Skrulls, who are back in the animated world after first appearing in last year’s What If…?.

Possibly the most terrifying character in the group comes in Richard Madden’s Ikaris, who floats in the air with a good portion of his body and skin rotting away.

The listing also confirmed this show to be a full spin-off from Episode 5 of What If…? that will focus on “a new generation of heroes” battling zombies.

Marvel Studios’ What If…? took a new step forward last year by bringing back dozens of the MCU’s live-action characters in animated alternate timeline stories for Disney+. Now, it appears that this same trend will continue for Marvel Zombies as more than a dozen characters from the Infinity Saga and the Multiverse Saga alike will take starring roles.

With Simu Liu’s Shang-Chi and Iman Vellani’s Kamala Khan standing in the middle of the heroic group, fans will be curious to see who takes on the leading roles in this one-of-a-kind spin-off series. It will also be interesting to find out how many of the MCU’s stars will return to voice their roles the way most of them did for What If…?, save for a few notable exceptions.

Regardless of the specifics, there should be plenty of excitement to see this new take on Marvel’s biggest names as they fight off a zombie invasion, including zombie versions of other powerful heroes and villains. While the plot remains a mystery, this new story will carve out its own special corner of Marvel storytelling before too long.

Marvel Zombies is in the early stages of development for Marvel Studios’ animated division on Disney+.