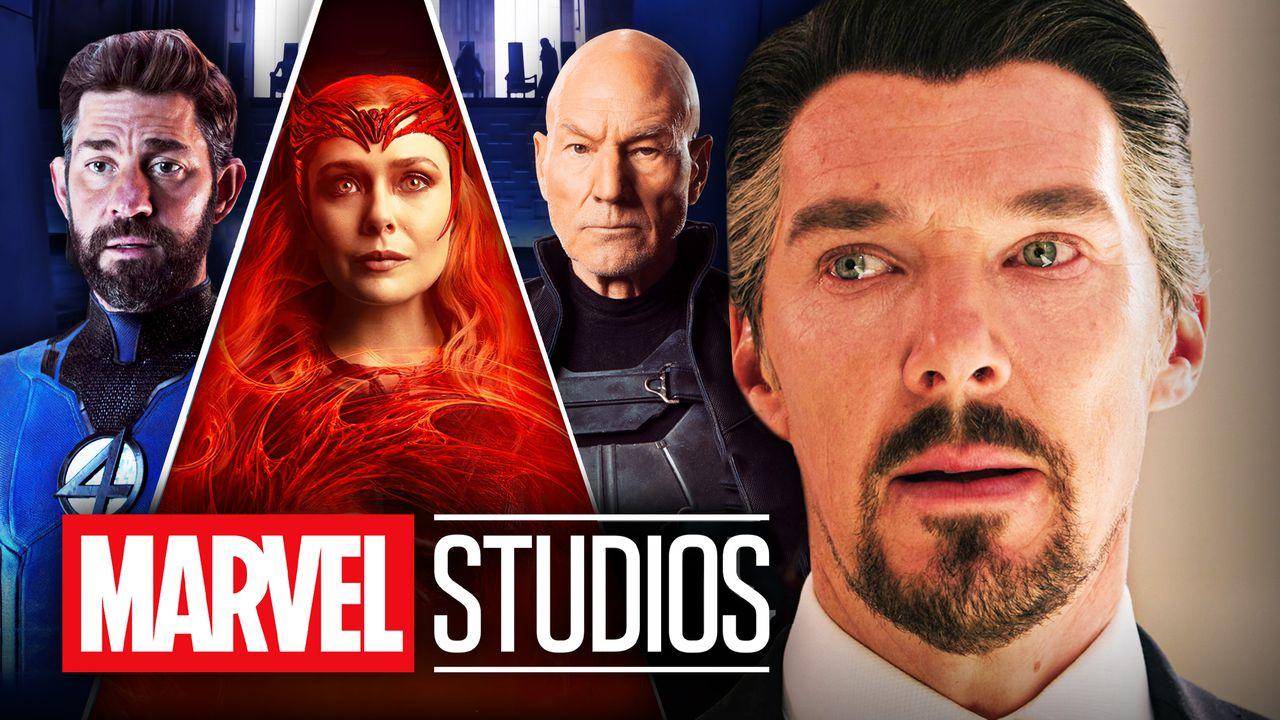 Doctor Strange in the Multiverse of Madness experienced extensive reshoots before its worldwide premiere in May 2022. Before the additional filming began, lead star Benedict Cumberbatch shared that it was all “really exciting” and that “the film [was} shaping up to be something special,” leading to more excitement building for its release.

Those sentiments were in line with what Multiverse of Madness director Sam Raimi said about the reported reshoots, with the Marvel filmmaker pointing out that it improved the sequel. Raimi mentioned that the reshoots were largely used to make sure that fans understood all the concepts in a story that had as many moving parts.

America Chavez actress Xochitl Gomez also revealed that those reshoots completely changed the film’s opening sequence, with Defender Strange actually saving her rather than betraying her against the monstrous creature.

However, a new report suggests that not everyone agreed that the reshoots made the movie better.

An anonymous VFX supervisor who worked on Doctor Strange in the Multiverse of Madness sat down with Defector to share their criticism towards the MCU sequel.

The unnamed VFX supervisor pointed out that the “first third” of Multiverse of Madness didn’t do anything interesting, calling out director Sam Raimi to try something else:

“When you see something like the first third of Doctor Strange, you’re like, Why not do something more interesting, where you’re not straining your budget and 1,000 artists to try and make something that you know is going to look substandard? Why not try something else when you have a good director like Sam Raimi?”

Defector noted that Raimi’s publicist did not respond to a request for comment.

In the report, the outlet unveiled that VFX artist received “very late” notes, leaving post-production units with less time and less money to “execute large sequences” in keeping up with the Marvel brand. Defector also noted that the audience is often on the receiving end of those “rush jobs:”

The lighting will be inconsistent, often within a single shot. The laws of physics go ignored. Images look ‘floaty.’ The color palette of the film becomes a mess.

Meanwhile, another anonymous source didn’t hold back in dissing the VFX effects of some superhero movies, saying that “the ideas are just terrible.” The source used Sony Pictures’ Morbius, describing the film as a “piece of sh*t:”

“The volume is just exploding. And the ideas are just terrible. That was a beautifully rendered hippo from what I saw in Moon Knight, but whose idea was that? It wasn’t a visual effects studio idea. And when you see something like Morbius, you already know it’s a piece of shit. So of course the effects are going to look like shit! You get those really janky scenes where the star’s standing in the middle of a big room and they’re staring up at the wonder around them. The camera slowly pivots around them. People are going to get tired of that scene.”

Defector also mentioned in its report that visual effects in movies are recycled the same way franchise characters do, noting that it happens “more often.” An anonymous writer/director advised audiences to observe the sky the next time they watch a sci-fi show or movie, saying “that is most likely pulled from some other asset that they’re compositing and building from.”

During Moon Knight‘s production, another anonymous show coordinator told Defector that Oscar Isaac was “nowhere near” any of the on-set footage of the titular hero. Instead, the team worked on a “digitally costumed Moon Knight asset” that had been passed onto them by another effects house.

The outlet acknowledged the fact that that won’t be the last time that the digital asset will be used, since Disney will own it “forever” and “no VFX artist will.”

The anonymous VFX supervisor’s honest comments about Multiverse of Madness served as an eye-opener for some fans.

The fact that the source didn’t hold back is pretty telling, and this goes to show that not everyone agrees with Marvel Studios and the creative crew’s direction for the movie. The supervisor’s remarks could be used as both a motivation and a guide for studios on what to do next with their projects.

Still, this is a reflection of the poor working conditions that Marvel Studios has been criticized for in terms of doing VFX work for the company.

Former VFX artist Dhruv Govil already called out Marvel for being “horrible” to work for, citing the fact that he had seen colleagues being overworked “while Marvel tightens the purse strings.” This is on top of the criticisms directed at the quality of the visual effects of some projects, such as She-Hulk and Black Panther.

It is unknown if Marvel is aware of the strong sentiments of these VFX artists, but it’s possible that steps are being made in order to improve the company’s working conditions. She-Hulk stars Jameela Jamil, Tatiana Maslany, and creator Jessica Gao recently voiced their support for the VFX artists, saying that everyone on the panel “stands in solidarity with workers,” calling it “terrible” that “a lot of artists feel rushed” and that “the workload is too massive.”

Hopefully, more Marvel stars will take a stand to finally address the non-optimal working conditions that these workers are experiencing. In turn, the quality of the movies will also improve.

Doctor Strange in the Multiverse of Madness and Moon Knight are streaming on Disney+.