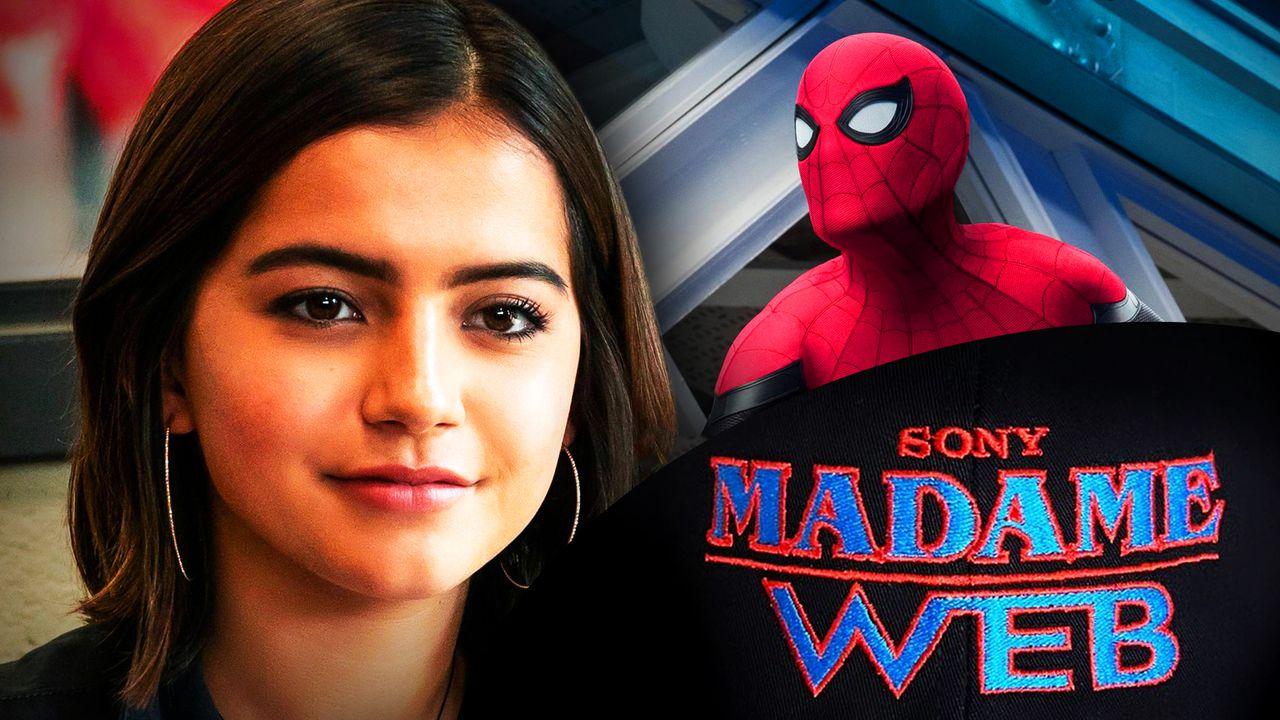 While the Marvel Cinematic Universe may be exciting, there’s also plenty of content set to release from Sony’s Spider-Man universe. One of those projects is none other than Madame Web. The mysterious movie is set to star Dakota Johnson as the titular character, Sydney Sweeney, Emma Roberts, and more.

Knowledge of the film’s plot is slim when it comes to the finer details of the movie. However, thanks to various set photos, many fans think this story might have some substantial Spider-Man ties—something that Sony’s previous films, such as Venom and Morbius, can’t claim.

Recently, fans have come to believe that a logo previously spotted in an actress’ Instagram story is the real deal. What makes it even more exciting is how the red and blue color scheme seemingly indicates a heavy Spider-Man connection.

Sadly, that same actress has now come out to debunk those claims.

Previously, One Take News uncovered an image of a baseball cap (seen above) with what appeared to be the official logo for Sony’s upcoming Madame Web project.

The image originally came from an Instagram story belonging to actress Isabel Merced, who is rumored to be playing Anya Corazon in the upcoming Spider-Man spinoff.

However, the actress has now come out on Twitter to debunk those reports, claiming that the logo seen on the hat is not the official one:

“The internet has a life of its own. Why would I be the one to reveal the official logo and on IG stories?!?”

The origin of the logo actually goes back to Deviant Art user Andrewvm.

So When Will the Real Logo Be Revealed?

It’s not all too surprising to learn that this isn’t the real logo for Madame Web. When it comes to swag given to the cast and crew of a project, they can tend to be made from unofficial sources and use fan assets like Andrewvm’s.

However, it is a little ridiculous for Isabel Merced to be astounded at people for jumping to the conclusion that the logo is official. After all, she is an actress in the movie—if someone spots her in the hat mentioned above, of course, some will believe the logo to be real.

But when will fans get the true logo for the project? Well, probably not until marketing starts to kick up, which will likely coincide with Madame Web‘s first full trailer.

However, given how the film isn’t set to release until February 16, 2024, that might not be in the cards for quite some time. So maybe fans can expect to see something towards the last quart of next year.