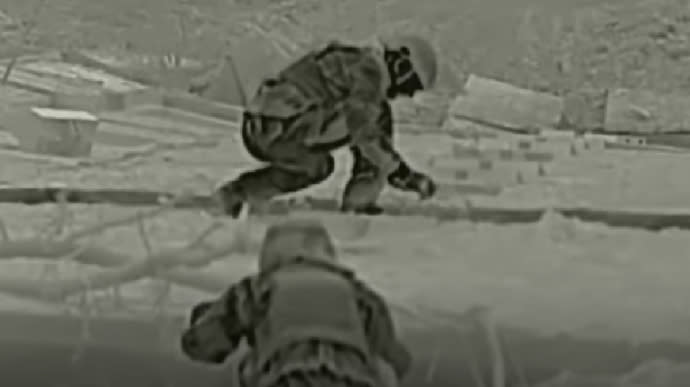 The Ukrainian Special Operations Forces (SOF) have released a video of the mining and destruction of the Russian pontoon crossing in Luhansk Oblast.

Quote: “We don’t know what the occupiers were thinking when they laid the pontoon bridge to cross the river in Luhansk Oblast. After all, there are more than enough bad signs in that area in the form of burned out Russian equipment.

We don’t know what the enemy was hoping for at the moment when, right under their noses, Ukrainian SOF personnel mined the pontoon at night. But we do know exactly what our personnel felt when they blew up another enemy crossing.”

Details: The time and location of the event have not been revealed. Usually, the military publishes a video a certain time after a military mission, when it no longer poses a danger to the Ukrainian Defence Forces.

Background: Ukrainian artillery units and aircraft have repeatedly destroyed the pontoon crossings of the Russian occupiers, which are persistently being constructed for an assault across the Siverskyi Donets River.