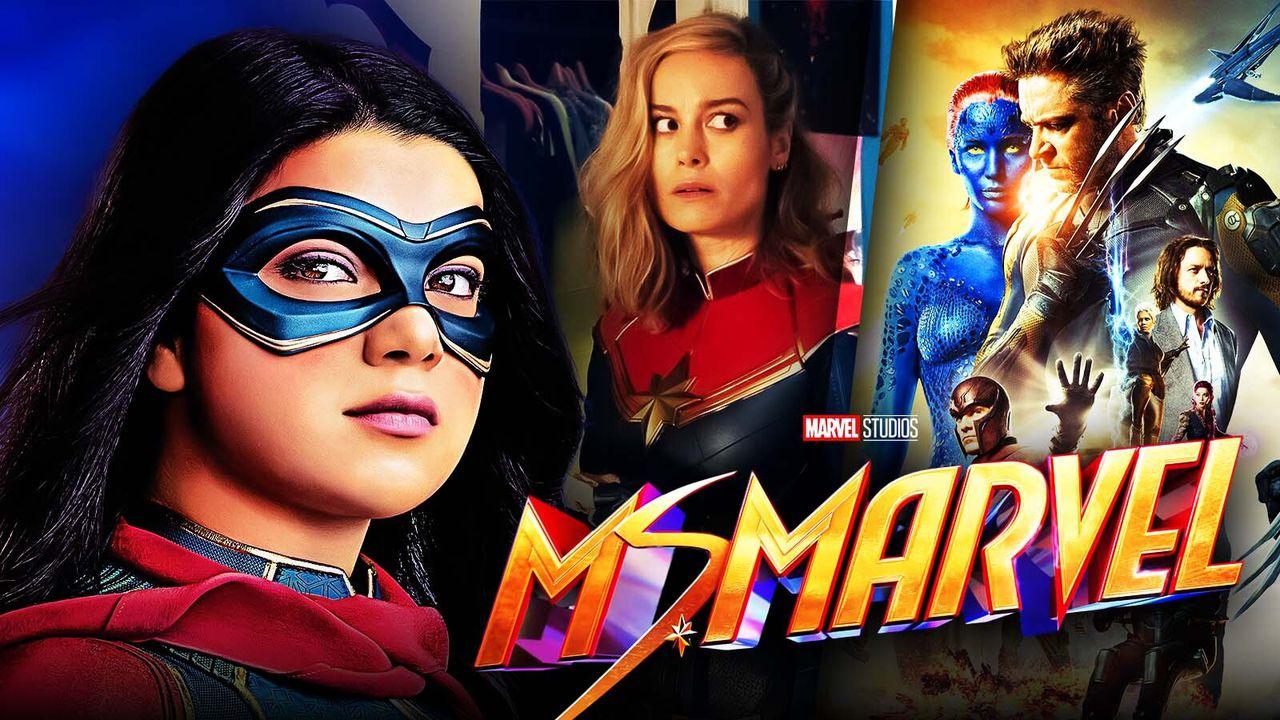 Marvel Studios’ most recent Disney+ installment, Ms. Marvel, introduced its title character, Kamala Khan, to the MCU. The Jersey City teen inadvertently unlocked dormant superpowers when she put on a mysterious bangle and she was soon fighting extradimensional beings and wayward government agents.

But those superpowers possessed by Kamala? They’re actually caused by an anomaly in her genetics or, as her best pal Bruno puts it, a “mutation.” This little reveal effectively makes Kamala Khan the MCU’s first mutant of Earth-616, or at least the first that audiences have been introduced to.

The scene in which Bruno explains the source of Khan’s powers comes at the very end of the season and serves as the last bit before the credits. In classic Marvel fashion, there was a post-credits scene, but that was more meant to be set up for the upcoming film The Marvels.

According to Ms. Marvel lead Iman Vellani during an interview with New Rockstars, the scene in which Bruno reveals Kamala’s mutation was originally intended as a post-credits scene for Episode 6, which concluded with a tag featuring Brie Larson’s Carol Danvers:

“It was going to be, but we like… It just felt too good and we needed to, kind of, keep people watching before the actual post-credits scene. So yeah, it totally was meant to be one.”

Vellani also hinted at details that could be explored in a potential second season for the streaming show, such as the contents of Bruno’s note to Kamala, which weren’t seen or heard in Season 1:

“That’s a great question. We did have… So that last lamppost shot that you saw. We did have a version where it’s Kamala reading the note that Bruno left for her and they had written this like fake note for me. But they didn’t show me what it was until I read it, so I would get all emotional or whatever. But I think that’s something we’re gonna explore in Season 2 if that happens. I hope it happens. I think all these characters have a lot of story left to tell. But yeah, maybe it’s Bruno’s, you know, just pouring his soul out and then confessing his love for Kamala. Who knows?”

When asked about the show’s actual post-credits sequence, in which Kamala swaps places with Carol Danvers, the actress teased that viewers will have their answers in The Marvels:

“We did shoot that in The Marvels, not during Ms. Marvel. So I do know the story, because I was in the movie. But yeah, they did switch places. Where did she go? we’ll find out in a year.”

And finally, in response to a query about how her character will react when she realizes what has happened with regards to Kamala switching places with Carol, Iman Vellani once again previewed The Marvels:

“Oh god, a lot of fear and excitement at the same time of where she ends up. That’s what I’ll say.”

The Marvels Should Answer Some Questions

If Iman Vellani’s words are anything to go by, Marvel Studios’ 2023 film The Marvels should hold the answers to many of the questions posed by the end of Ms. Marvel.

It does feel as though the creative team behind Ms. Marvel made the right choice in moving the final conversation between Kamala, Nakia, and Bruno to a spot before the end credits. This way, the scene serves as a nice coda for the season after the large-scale final battle between Kamala and the DODC. Not to mention that the sequence sets up not only a potential second season but serves to broach the topic of mutants in the MCU.

Mutants, namely the X-Men, are expected to play a big role in various Marvel Studios projects at some point, but nothing has been officially announced beyond vague promises that something ,utant-related is coming.

All six episodes of Marvel Studios’ Ms. Marvel are now available for streaming, only on Disney+.

One thought on “Ms. Marvel Finale Originally Had 2 Post-Credits Scenes”