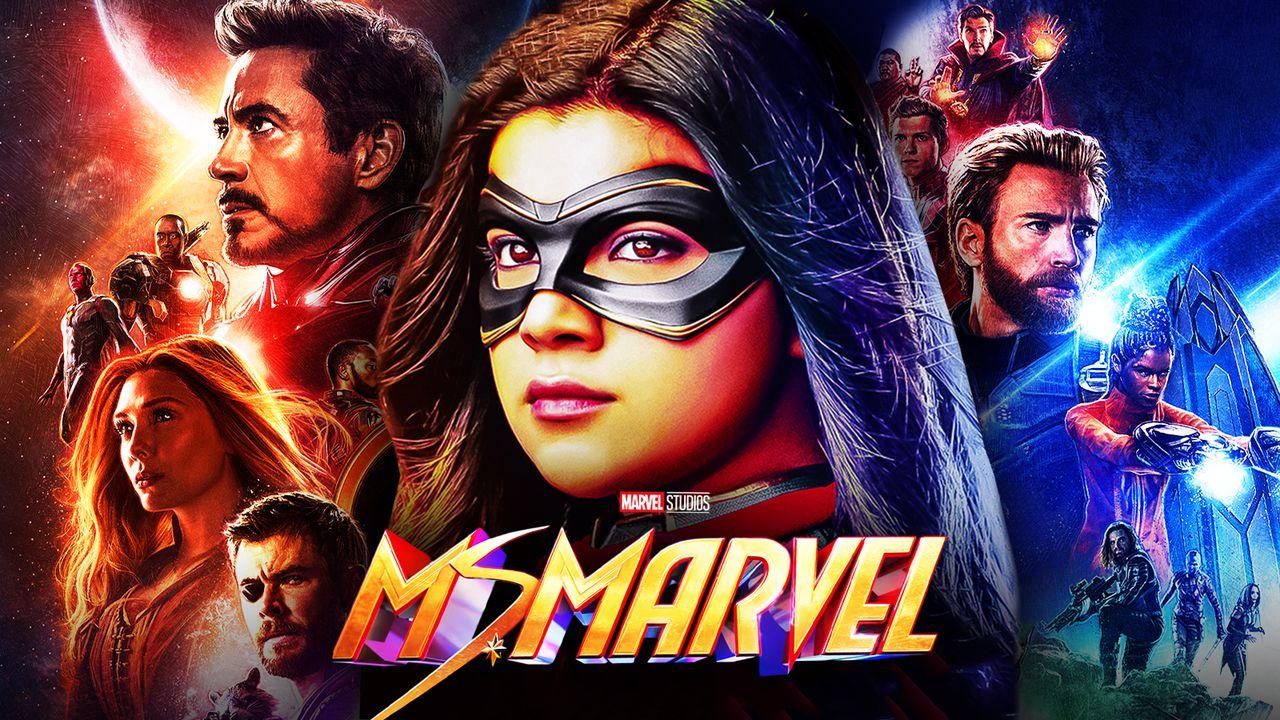 Ms. Marvel‘s first season may be over, but the fun is only just beginning for its titular main character. Iman Vellani’s Kamala Kahn took the world by storm when she debuted on Disney+ earlier this summer, with fans falling in love with the young Canadian actress’s take on the newest Marvel hero.

Kamala is set to next show up in 2023’s The Marvels and, after that, who knows what is in store for Jersey City’s biggest Avengers fan? Looking back at her Disney+ debut, fans have a lot to gush about. The Ms. Marvel mutant inclusion, Brie Larson popping up at the very end, and of course, the lovable group of characters that surrounded Kamala were all highlights of the show’s first season.

But as always with these sorts of things, there are bound to be some regrets, and one of the creatives behind Ms. Marvel has spoken out about what they would have changed if they could.

Speaking with SyFy, Ms. Marvel head writer and executive producer Bisha K Ali broke down her regrets from the first season of the super-powered Disney+ series.

Ali explained that plenty of material had to hit the cutting room floor, but one of the biggest threads had to do with Kamala’s final stand against the Department of Damage Control. She told SyFy that the high school was not always the location of the climatic confrontation, making mention of “a whole thread about it being a community center” and weaving in a deeper “story about gentrification:”

“I’ll be completely honest, it was an evolution. There was a whole thread about it being a community center and a story about gentrification. But then, just the nature of production means you’ve got to truncate. We’ve got to get things tighter. We’ve got to be able to physically make the show, so that sequence changed. Hopefully, people can see the intention of where we’re coming from in that.”

Another moment that Ali regrets not including in the finale specifically came in the form of a simple line from Kamala. In earlier drafts of the script, the young hero was asked by a community member, “Hey, are you from the Avengers?” To which she replied, “No, I’m from Jersey City.” Ali called these couple of lines “one of [her] favorite bits but it didn’t make it in the end,” but noted that she’s “still happy with what [they] created:”

“Will Dunn, who wrote some great drafts of Episode 6, had this one bit at the end, after the community have helped her, she’s on the way to go and stop what’s happening at the high school. It’s her running through the streets. Someone stops and says, ‘Hey, are you from the Avengers?’ And she says, ‘No, I’m from Jersey City.’ That’s one of my favorite bits but it didn’t make it in the end.

And there’s loads of stuff I wish was still in the season. I’m a massive nerd and every single writer in the room was a nerd. We have full documents, like textbooks, that we’ve written on The Clandestines and what the Noor dimension is like. Everything about those characters, we’ve written their lives out. Also, with Waleed and the Red Daggers. It’s hard to cut anything, but I wish we’d had a bit more time with them to land everything that I wanted to land as effectively as I would have liked. I’m still happy with what we created, but you asked the question.”

Ali also addressed what she is most proud of from Ms. Marvel, shouting out the “storyline about these four generations of women” and how at her core Kamala is “an intergenerational being.” Her superpowers “are from her family:”

“One of the things I’m most proud of is the storyline about these four generations of women. And how, for me, the truth of it is that her powers physically manifested by this element that she’s inherited. She’s an intergenerational being. She’s partly that, but really to me, her superpowers are from her family. And especially from this line of women who are just so powerful and beautiful in their own way individually, but also together. I think that was the needle to thread, putting the conflict in at just the right temperature at the beginning and then realizing that it’s not about us versus them, in terms of how do I fit into the West? It’s more about what is us? What does it mean to me? What does us mean? Who am I, and going into self, and then all the way up to the healing of this intergenerational trauma as a result of partition. I still can’t believe that I got it through. We’ve got partition in a Marvel show! It still blows my mind!”

When speaking on how the Disney+ series shaped her as a writer, Ali remarked that the project “taught [her] to trust [her] intuition a lot more” and gave her “a lot of confidence” in her work:

“I feel quite proud of what I’ve done. I feel like it’s taught me to trust my intuition a lot more. It’s given me a lot of confidence in those ways. I feel a lot of gratitude also to the number of viewers who have really embraced what we’re doing and that, yeah, it’s different. If Marvel wanted a show that was more of a direct translation, then I’m not the writer to hire for that. I’m always gonna tell something that’s earnest for this kind of show. Anything I write just really mean something to me very personally. I can still point to my heart in this show. And the people who know me can watch it and say, ‘Oh, my God, Bisha. That’s you.’

And what I’m excited to do next is direct. Also the fact, that I love genre so much, but there’s so many other types of genre that I want to explore. And that’s what I’m doing in my next project. Ms. Marvel’s been such a great launching pad and it’s also been an incredible experience to see how this company does what it does. I’ve learned so much from their process in terms of what I will do going forward. I just feel gratitude, pride and really grateful to my writers as well. They go so unsung and the show wouldn’t exist without every single one of those writers breaking their backs every day to make the show sing. And, yeah, a lot of gratitude towards them as well.”

No matter what the project, there are always going to be things that have to hit the cutting room floor. When putting together something as tight and precise as a Marvel Studios production, this fact is ever more the case.

But it doesn’t seem like Ali has some deep and concerning regrets about her time so far in the MCU. Sure, there are always going to be small things that one wishes one could change. That is the nature of making art, but in Ms. Marvel, it does not seem that too many major threads were left hanging.

Plus, if a second season of the series is in fact coming, there is always the chance to pick up what was left over from Kamala Kahn’s debut adventure and tie it into a potential second batch of episodes.

Reading these quotes, it is not hard to tell that Ali had a wonderful time working on Ms. Marvel and is proud of the work she has done. There are always going to be small nitpicks one can make on their own work, but as Ali said, this show helped her grow and made her a better writer because of it. Now, all Marvel has to do is hand the keys to her gain for a second season, and that growth will only continue.

Ms. Marvel is available to stream now on Disney+.