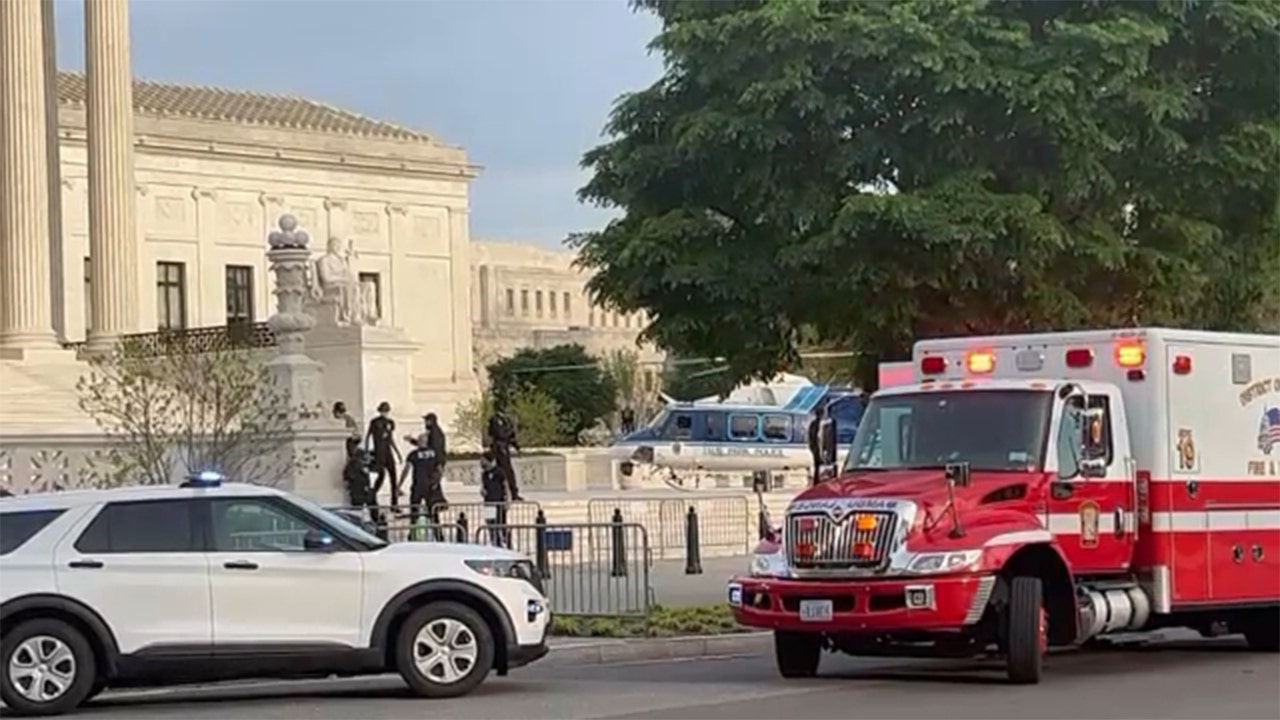 The man who tried to set himself on fire in front of the U.S. Supreme Court on Friday has died, Washington, D.C.’s Metropolitan Police Department confirmed to Fox News on Saturday.

He was identified as 50-year-old Wynn Bruce, from Boulder, Colorado.

Emergency medical crews were called to the Supreme Court around 6:30 p.m. ET.

Bruce was rushed by medical helicopter to a local hospital.

Video from Fox News’ Chad Pergram showed the moment the helicopter landed near the steps of the U.S. Capitol.

U.S. Capitol Police said then the helicopter landed near the Capitol for a “medical emergency.”

The incident was not a public safety issue, it noted.

A Colorado man who tried to set himself on fire outside the U.S. Supreme Court has died, the Metropolitan Police Department said Saturday, April 23, 2022.
(Chad Pergram/Fox News)

According to FOX 5, authorities said Bruce died from the injuries he sustained.

Roads that were closed during the incident have since reopened.

If you or someone you know is having thoughts of suicide, please contact the National Suicide Prevention Lifeline at 1-800-273-TALK (8255).

Fox News’ Louis Casiano and The Associated Press contributed to this report.