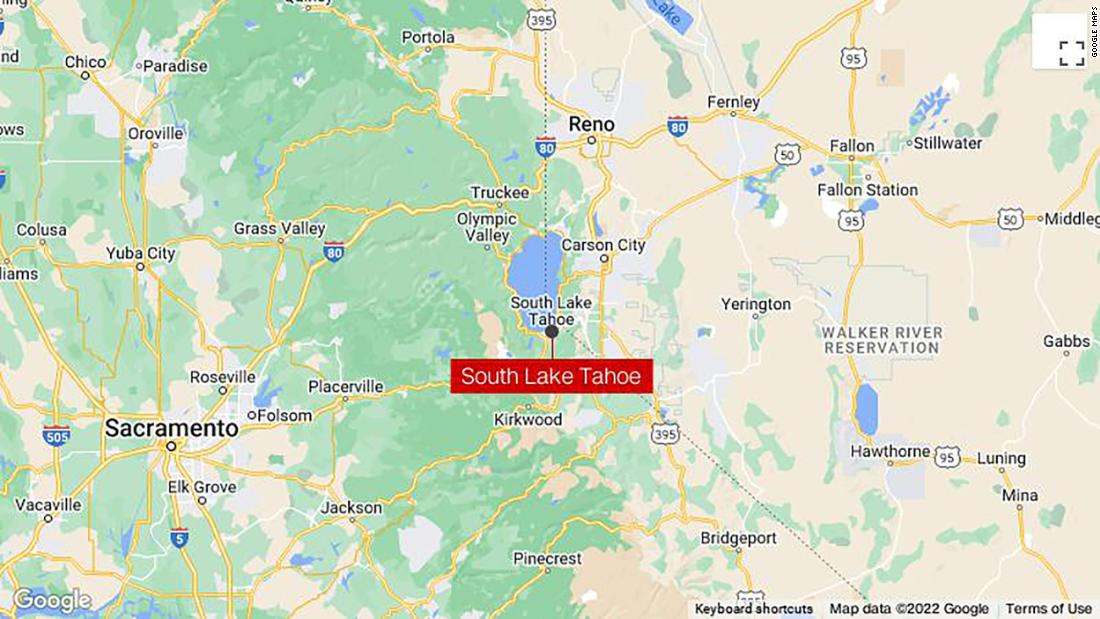 Five black bears were hibernating under a home for months. The home’s occupant had no idea

For months the renter, who chooses to remain anonymous, had heard occasional noises like that of purring beneath the floorboards, but thought nothing of it.

They asked neighbors if they were hearing the same noise, but everything was quiet on their end.

Finally this week, more rumblings prompted them to believe those noises could have been a bear. That’s when they called the BEAR League, a non profit group that works to keep bears in the area safe, to check out the house.
What they discovered underneath were five black bears: a mama and four cubs.

Executive director of BEAR League, Ann Bryant, told CNN Thursday the bears had likely been hibernating under the house since the beginning of December.

The noises the renter heard were likely the bears snoring, nursing, or rolling around, Bryant said. “Bears don’t hibernate deeply, they go into a lighter state of torpor,” she added.

When BEAR League was called to the home on Monday, the mama bear was behind an opening beneath the house. She was already on her way out but stopped to sit on the opposite side of the yard.

This led officials to believe that she could have had cubs still under the house, and was waiting for them to safely exit.

After shining a flashlight further into the area, officials saw a pair of eyes flashing back at them in the far back corner of the house.

They assessed that the cubs were yearlings and began discussing tactics to get them out from underneath.

Eventually the cubs made their way out on their own and met with their mom.

“All of a sudden out comes one cub, two cubs, three cubs, four cubs,” Bryant said, “When the resident called they didn’t realize there were so many bears under the house.”

Luckily the bears left no damage to the home. In other cases, homeowners might not get so lucky.

In October, a California woman was actually mauled by another black bear that broke into her northern Lake Tahoe cabin. And a bear weighing 500 pounds named Hank the Tank has been roaming the streets in the Tahoe Keys area of South Lake Tahoe for months, leaving residents worried.

Bryant says it’s not uncommon for the furry creatures to make these areas beneath houses their home during the winter months. In this case, the mama bear built a nest and the five of them slept for the majority of the time.

Since their awakening the group have been spotted around the South Lake Tahoe area.

On Wednesday evening they returned to the same home looking for their previous shelter, which has since been protected with an electrical guard that, if used, would administer a small shock to get the bears away.

Bryant ensured that this shock doesn’t harm or hurt the bears in any way, it just scares them off.

Analysis: Boris Johnson is picking a Brexit fight at a very risky moment