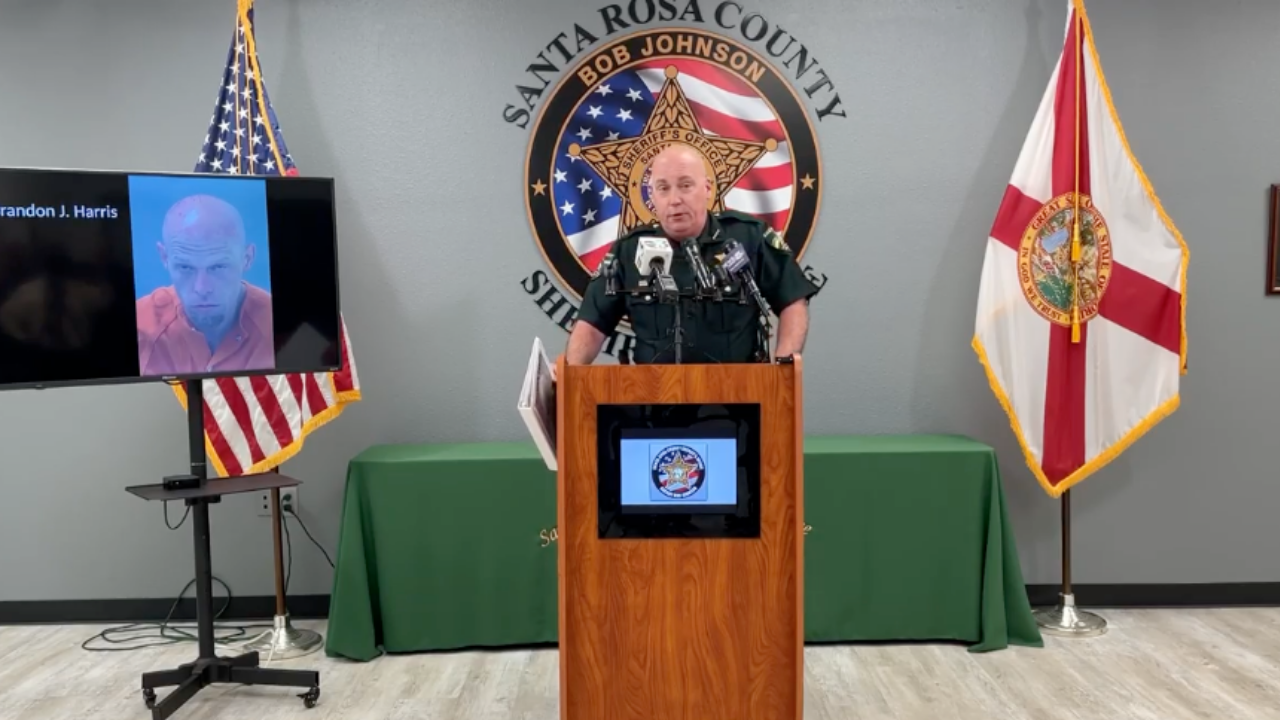 Florida sheriff promotes gun safety course for residents to shoot home invaders: ‘We prefer that you do’

A sheriff in Florida is encouraging residents to take gun safety courses after a homeowner fired multiple shots at an intruder on Wednesday, stopping the individual who allegedly broke into several homes.

Police arrested Brandon J. Harris, 32, who was arrested after allegedly breaking into several homes in Pace, Florida, and was stopped by a homeowner who fired multiple gunshots at him, according to the Pensacola Daily News.

Calls of the break-ins began to come into the sheriff’s office at around 4:30 p.m., according to police. Harris is being charged with attempted burglary with assault, resisting arrest, criminal mischief, attempted larceny, and several other charges.

Santa Rosa County Sheriff Bob Johnson said in a press conference on Thursday that one of the homeowners fired gunshots at Harris, and said that he was arrested after being cornered in a house that he allegedly broke into.

“Probably 20 deputies get there, the dogs are out, and he’s jumping fences and breaking into houses as he goes,” Johnson said. “One of the homeowners, he was breaking into their house, and they shot at him. So he continues to run, we finally corner him in a house that he broke into on Tom Sawyer and we cornered him in a bedroom.”

Johnson also encouraged other residents to follow in the homeowner’s footsteps and take gun safety classes, adding that they are “more than welcome” to shoot anyone who is breaking in to their house.

“I guess they think they did something wrong, which they did not. If someone’s breaking into your house, you’re more than welcome to shoot them in Santa Rosa County. We prefer that you do, actually. So, whoever that was, you’re not in trouble, come see us. We have a gun safety class we put on every other Saturday,” Johnson said.

The sheriff added that residents who take the course will shoot a gun “a lot better,” and maybe save taxpayers some money.

“If you take that, you’ll shoot a lot better, and hopefully you’ll save the taxpayers money,” Johnson said.

Johnson also described Harris as a “frequent flyer,” noting that he has been arrested 17 times before.

“You hear me talk about frequent flyers all the time. Our first interaction with this individual came when he was 13 years old. Since then, he’s had like 17 arrests,” Johnson said. “We sent him to prison for six and a half years for home invasion, and he just can’t seem to get the picture of crime does not pay.”