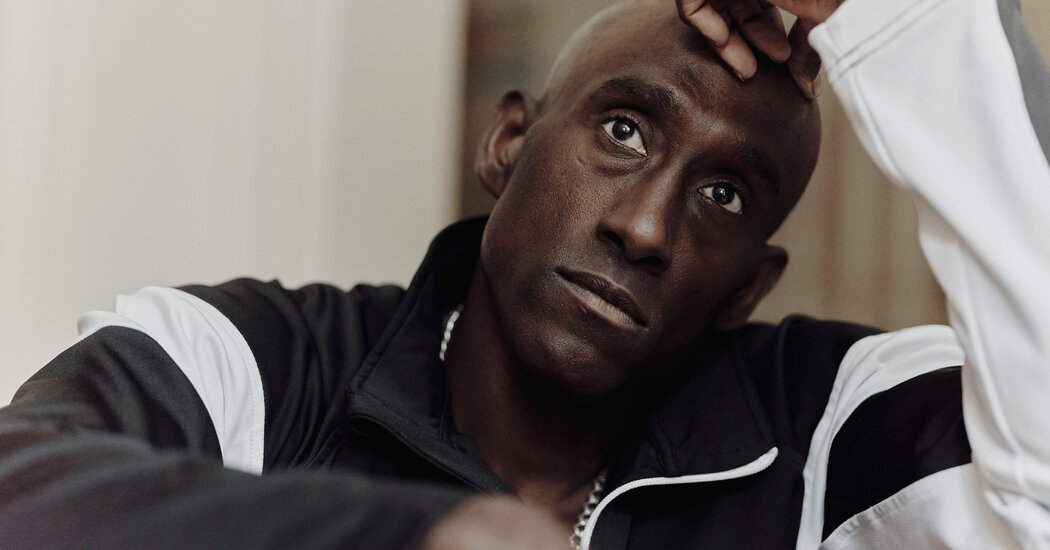 He Ran Marathons in Prison. Boston’s Was Easier.

BOSTON — Out of all the runners in the first wave of the Boston Marathon on Monday, there was one lean, muscular marathoner with skinny ankles from Northern California for whom all the nervous energy had profound significance. Markelle Taylor, a former lifer at San Quentin State Prison, was running free for the first time.

Just a week earlier, Taylor — who was released from prison in 2019 — received word that after three long years in which his movements were severely circumscribed and traveling required special permission, he was finally off parole. He stepped off the plane with his running gear at Boston’s Logan International Airport a free man. “Man, that was a beautiful feeling,” he said, a trace of his Mississippi family roots evident in his accent.

On the glorious morning of April 18, the coolness and crystalline skies reminiscent of his Bay Area home, Taylor, 49, felt better and more relaxed than he had in years. In his orange shorts, matching Nike Alphaflys and the tank he chose in honor of his Tamalpa running club in Marin County, Calif., he set out determined to meet his goal — running a third consecutive marathon in less than three hours. The “threes” were meaningful for him: Parole hearing No. 3 resulted in his release after 18 years of incarceration for second-degree murder, and it took three years to get off parole.

Taylor, who earned the nickname the Gazelle, looked like he’d been out for a stroll as he crossed the finish line in 2 hours 52 minutes. He maintained a steady pace of 6:33 per mile and “didn’t go crazy” running too fast at the start. He was ebullient as marathoners who noticed his performance asked him to pose for selfies. “You were like a metronome, man,” said a fellow runner who used Taylor as his unofficial pacer. “So consistent.”

Texts from his coaches, supporters and running friends from Marin began pouring in minutes later. They still are. “He’s mentally tough and pushes hard even when he’s hurting,” said Diana Fitzpatrick, who has coached Taylor and is the first female president of the Western States 100-Mile Endurance Run. “The support Markelle has gotten from the community is all because of who he is.”

The tight community of Tamalpa Runners, who recently elected Taylor to their board, helps keep him on an even keel. He is proudly 21 years sober and counting. “They hold you accountable,” Taylor said of the club’s members, who have accepted him without judgment from the start. “It gets you out of your lazy mode. If you tell someone you’re going to run with them, you don’t want to let them down.”

Taylor ran his first sub-three-hour marathon in California at the Avenue of the Giants last September, where, cosseted by redwoods, he finished with a time of 2:56:12 and placed first in his age group and fifth overall. He was accompanied by his longtime mentor Frank Ruona, who, as the lead volunteer coach of the 1000 Mile Club at San Quentin, helped him hone his talents.

Before the emergence of Covid-19 — which ricocheted through San Quentin and curtailed club activities for over two years — Ruona and other accomplished volunteer coaches organized two half-marathons and one full marathon a year, the subject of a forthcoming documentary.

Taylor was 27 when he was sentenced to 15 years to life for assaulting his pregnant girlfriend, which led to the premature birth and eventual death of their child. He grew up a victim of domestic and sexual violence, was addicted to alcohol and had a history of intimate partner violence.

He used that prison sentence as an opportunity to break out of old patterns. “It forces you to grow up, mature and be wise,” he said. “It makes you a better person.”

Taylor was inspired to start running as an antidote to despair after a close friend died by suicide after his fifth denial of parole. The 5-foot-10 Taylor was by far the fastest runner in the 1000 Mile Club, earning the felicitous nickname Gazelle because of his long, smooth strides, leg speed and grace under pressure. “Running was a form of freedom,” he explained three years ago. “It was my therapy, a way of escaping. It kept me grounded.”

In January 2019, Taylor earned a qualifying time for the Boston Marathon by powering through 104½ mind-bending loops around the prison yard. He was released six weeks later. With help from supporters — including a top California Department of Corrections and Rehabilitation official who turned out to be a runner herself — Taylor was granted permission to run in Boston if he stuck like glue to the coach who traveled with him. He ran with a charity team in the rear corral but finished with the first wave in 3:03:52, a personal best at the time.

When he runs hard, he is reminded of the mistakes of his own past in the pain he experiences in his left ankle, which is embedded with metal screws — the result of jumping a wall while being pursued by three Rottweilers (“I was drunk and I thought I could leap,” he recalled).

“Anger is a secondary emotion to hurt, stress and fear,” he said about his former self. “It’s like a wounded dog. If you touch it, it will snap at you and bite you to protect itself because it’s hurting. It’s the same thing with people.”

Much has changed in his life since then. A mere three years ago, Taylor was living in a re-entry facility in the Tenderloin district of San Francisco where residents were required to take a Breathalyzer test, remove their shoes for a contraband check and pass through a metal detector at the door. Today, Taylor lives in his own subsidized one-bedroom apartment in one of the Bay Area’s most coveted and affluent communities — Tiburon. “Man, you can’t beat that,” he said.

Nevertheless, the challenges he faces as a formerly incarcerated Black man continue to be formidable. Taylor has held a variety of jobs over the past few years, most recently working in a shelter-in-place motel for formerly homeless people run by Catholic Charities.

He enjoyed “helping people change their lives,” having experienced similar obstacles, he said. When the nonprofit’s contract with the state expired, Taylor was disappointed to learn he was suddenly out of a job. To make ends meet, he is now working for minimum wage at a grocery store.

The symbolism of marathons isn’t lost on him. “Running is humbling,” he said. “Sometimes you have to start from the back, just like I’m doing now with minimum wage. It’s like trying to go up that hill after 18-plus miles — sometimes you can get cramps and stuff like that. That’s like being rejected from a job you want because they asked for fingerprints.”

“Being Black and living with a criminal background, no matter how successful you are today you are always haunted by the past,” he continued. “Just like some of those hills, society in general is very unforgiving — unless it reaches their own backyard.”

Yet he also believes that things happen for a reason. Had he not received a life sentence, he would probably not have become a runner, kicked his alcohol dependence or developed into the warm, stable presence he is today. This week he told some new acquaintances that he was running for a higher power, a reference to his faith as a Jehovah’s Witness. He would like to find work as a coach or peer counselor that could conceivably turn into a career.

Taylor launched a fledgling athletic clothing line last year, an idea he had nurtured since his time in prison. Its logo is based on a silhouette of Taylor breaking chains while running. And this week in Boston, the slogan on the clothes became true: “Markelle the Gazelle Runs Free.”

The Sunday Read: ‘How Many Billionaires Are There, Anyway?’