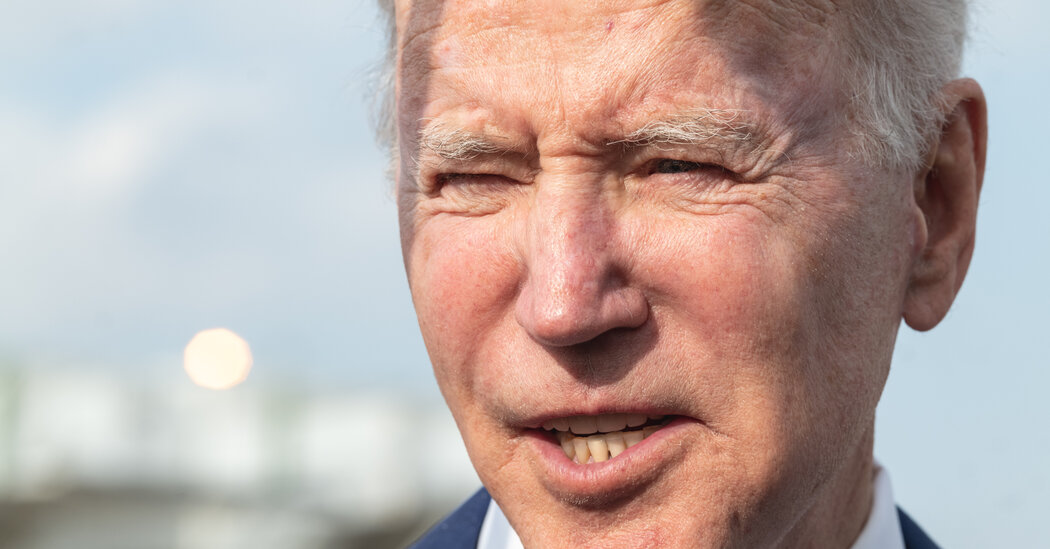 It will neither rattle Putin nor change our obligations in the war.

Just over a week ago, Joe Biden acted like Joe Biden and called the Russian campaign in Ukraine a “genocide” — leaping ahead of our major allies, our State Department and the available facts.

The comment prompted head-shaking from people nervous about American escalation and praise from people seeking it (notably, the president of Ukraine). I am generally on the side of the nervous people: In a conflict with a nuclear power there is always an interest in reducing the existential stakes, and accusations of genocide should be made only with the clearest possible evidence, just as calls for regime change (Biden’s previous Bidenism, which had to be walked back) should be made, well, practically never.

But unlike the talk of regime change, which the Kremlin takes seriously because it assumes the United States wants to plot a “color revolution” in Moscow itself, the accusation of genocide might seem to Vladimir Putin’s ears much more like a flourish than a threat. After all, there’s nothing in recent history to suggest that the term is used by Western powers with real consistency or certainty, or in a way that engenders a consistent American response.

This is not for want of argument and effort. The experience of the 1990s, when America stood back from the massacre of Tutsis in Rwanda and then (eventually) intervened from the air to stop ethnic cleansing in the former Yugoslavia, seemed to yield templates for how the Pax Americana or the “rules-based international order” ought to work. When genocide was threatened, there was a responsibility to protect the endangered population. When genocide was determined to have taken place, there was a responsibility to place the responsible parties before an international court.

But reality has not yielded to this idealistic framework. Instead we have cases, as in Iraq and Libya, where dictators were punished for either past or threatened atrocities — but they faced rough justice, not The Hague, and the American-led military interventions that toppled them were widely seen as unwise or disastrous. We have cases, as in Sudan’s Darfur region and now with the Rohingya in Myanmar, where the genocide label was affixed but there was no American military response. We have a case like the Second Congo War, where mass killings and atrocities went on for years without a determination of genocide — or, indeed, without much Western attention being paid at all.

And then we have the recent case of China’s oppression of its Uyghur minority, which our State Department declared to be a genocide in early 2021 — a declaration that did not exactly lead to serious international consequences for the regime in Beijing.

This last example is especially relevant for Russia’s invasion of Ukraine, in the sense that it answers a question raised by Biden’s genocide comment. If a nuclear-armed power commits crimes against humanity in territory that it controls, will the United States go to war to stop it? Go ask the Uyghurs. Or, for that matter, the Chechens, who certainly suffered as much from Russian cruelty as the Ukrainians, without anyone suggesting that we might risk a nuclear war for their sake.

But this cold observation is not a counsel of despair. The idea of a lawbound, process-driven international approach to genocide or any war crime was always just a fantasy. But a more realistic calculus still leaves room to do what you can to make sure that mass murderers pay a price. You just have to tailor your approach and accept that you aren’t establishing a universal rule.

Both the Rwandan and Bosnian genocides, for instance, ended with the genocidaires suffering a devastating military defeat — but at the hands of rebel Rwandan and Croat armies, respectively, not United States or United Nations ground troops. The end of the Islamic State’s depredations, meanwhile, happened with U.S. military support, but with the Iraqi Army as a key actor on the ground.

This suggests that where there is a plausible local military actor to lead the effort, international support can tip the scales against war criminals. Where there isn’t, sometimes you can play a longer game: Years after the Darfur genocide, the Sudanese dictator Omar Hassan al-Bashir may finally face an international tribunal after being toppled in a coup.

But then, too, sometimes all you can do is bear witness. We weren’t going to invade the U.S.S.R. to avenge the Holodomor or put Mao Zedong on trial for the Great Leap Forward, and we shouldn’t expect to see Xi Jinping in the dock, either.

The situation in Ukraine is its own distinctive case. It is very unlikely that Putin will fall from power; it would be insane for us to try to force regime change. At the same time, there is a military on the ground that’s proven capable of countering him, with international support but without direct U.S. intervention.

And this good news, however provisional, seems like what our president should be stressing — the real situation, not the escalatory hypothetical.

Is Putin committing genocide? Not yet, folks, and right now, with our support, the Ukrainians are making sure he doesn’t get the chance.