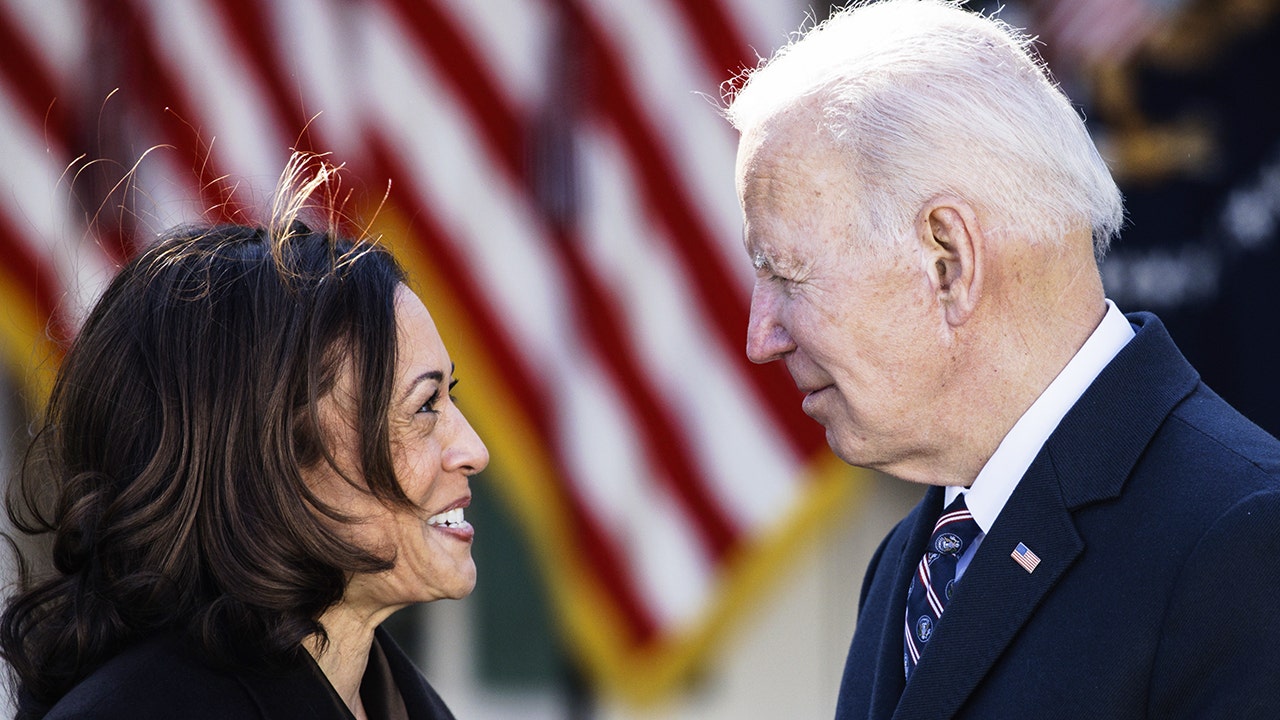 Jill Biden’s anger at Harris detailed in new book: ‘Do we have to choose the one who attacked Joe?’

An excerpt provided to Fox News from Jonathan Martin and Alexander Burns’ forthcoming book, “This Will Not Pass: Trump, Biden, and the Battle for America’s Future,” describes the vice presidential nomination process during Joe Biden’s 2020 campaign.

“‘There are millions of people in the United States,’ she began. ‘Why,’ she asked, ‘do we have to choose the one who attacked Joe,'” the authors wrote of a conversation Jill Biden had after she learned Harris became a leading candidate to serve as Biden’s running mate.

Several from Biden’s inner circle, however, supported Harris on the ticket. Ron Klain, now the White House chief of staff, had been tasked with vetting vice presidential candidates and, according to the book, told Biden early on that Harris was most qualified for the job as she had sought the presidency herself.

“Yes, Harris had attacked Biden more harshly than any other major candidate in the Democratic primaries. Yes, the Biden family had seen it as a smear and a betrayal. In Klain’s assessment, that would work to Biden’s advantage,” the book states. “Choosing Harris will show people that you are magnanimous and forgiving, Klain told Biden. It will show the country just what a unifying leader you can be.”

The book also highlights Biden’s own reservations to select Harris as a running mate. Noting her “past romantic relationship with Willie Brown, the former San Francisco mayor who had appointed Harris to a pair of minor political positions,” the book said Biden described the behavior “as the kind of thing that should be off limits.”

President Biden speaks with Vice President Kamala Harris after signing H.R. 55, the “Emmett Till Antilynching Act,” during a ceremony in the Rose Garden of the White House March 29, 2022.
(Samuel Corum/Bloomberg via Getty Images)

Others considered as a Biden running mate, as discussed in the book, included New Mexico Gov. Michelle Lujan Grisham and Michigan Gov. Gretchen Whitmer, as well as activists and members of Congress from across the country.

Another candidate who pushed hard for the role was Stacey Abrams, who, according to the book, did “not pass the test” and was seen by Biden’s advisers as a lost cause after she failed to win the Georgia gubernatorial race in 2018.

“Abrams fought hard to win real consideration but never overcame the experience issue” that Biden’s advisers warned him about, the book claims.

Grisham, whom the book billed as a “no-nonsense former state health secretary buried in managing the pandemic on the ground,” told the authors of the book that the vetting process from Biden’s team was “insane.”

“I didn’t ask to be vice president,” she told Biden. “You asked for me to be vetted — you tell me why you think I would make a good vice president. This was not my idea.”

Other candidates discussed in the book, including Sen. Tammy Duckworth, D-Ill.; Rep. Karen Bass, D-Calif.; and Rep. Val Demmings, D-Fla., were all seen by Biden’s campaign as “compromised or risky” selections. Those candidates also reached a similar conclusion: Harris was going to be the nominee.

Biden’s advisers considered Harris to be the safest choice for winning the White House, even with her history of targeting Biden.

“You know, white women are incredibly racist, as are white men,” a close adviser to Biden said in the book. “None of it was safe. It was a risky thing to do. But it was the safest of choices that we had.”

The book is slated to be released on May 3.