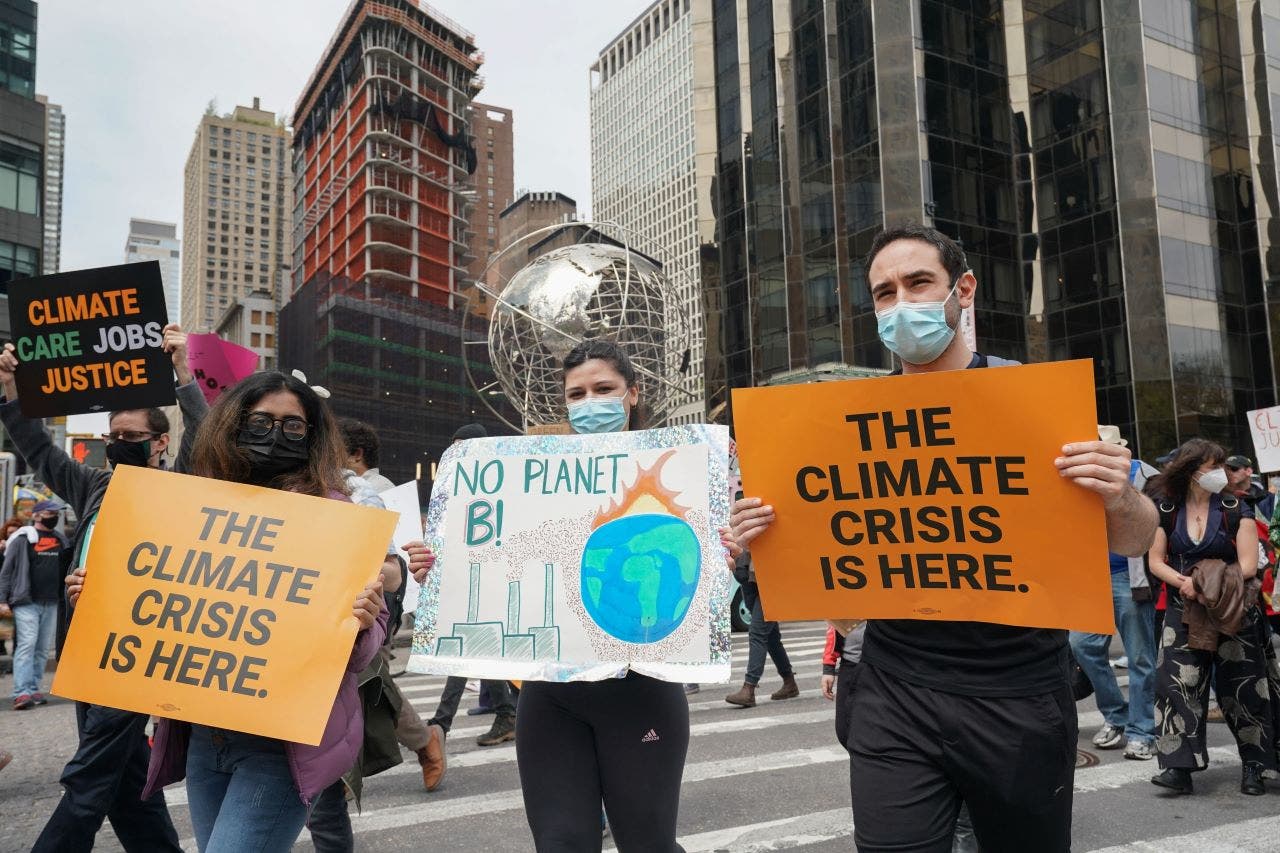 Environmental activists took to the streets in New York City on Saturday and blocked traffic while holding signs and chanting for action on climate change.

The protest, organized by the group Extinction Rebellion NYC and other groups, took place near New York City’s Bryant Park at the corner of 42nd Street and 6th Avenue and was shared by the group on its official Twitter page.

People carry signs at the March for Science in collaboration with Extinction Rebellion NYC and other organizations on April 23, 2022 in New York, one day after Earth Day.
(Photo by Bryan R. Smith/AFP via Getty Images)

CELEBRITIES, POLITICIANS WHO LOVE TO LECTURE AMERICA ON THE ENVIRONMENT BUT RARELY PRACTICE WHAT THEY PREACH

“#BreakingNews Rebels are having at sit in on the corner of 42nd and 6th Ave,” one post read.

Another post showed two protesters standing on top of a subway entrance with a sign that said, “We’re in a climate f****** emergency.”

“10th day of the rebellion-rebels take midtown,” another post stated.

People carry signs at the March for Science in collaboration with Extinction Rebellion NYC and other organizations on April 23, 2022 in New York, one day after Earth Day.
(Photo by Bryan R. Smith/AFP via Getty Images)

The protest comes the day after Earth Day and the day after the same group organized a protest in Washington, D.C. where a protester climbed the facade of a government building and unfurled a banner that said, “No new fossil fuels.”

APRIL 22: An environmental activist with the group Extinction Rebellion DC scales the Wilson Building as part of an Earth Day rally against fossil fuels
(Photo by Kevin Dietsch/Getty Images)

That protester was eventually arrested by police.

The New York Police Department did not immediately have information regarding any arrests made at the scene.

Extinction Rebellion NYC, who did not immediately respond to a request for comment from Fox News, has engaged in multiple protests in New York City over the last few days which have resulted in arrests on several occasions.