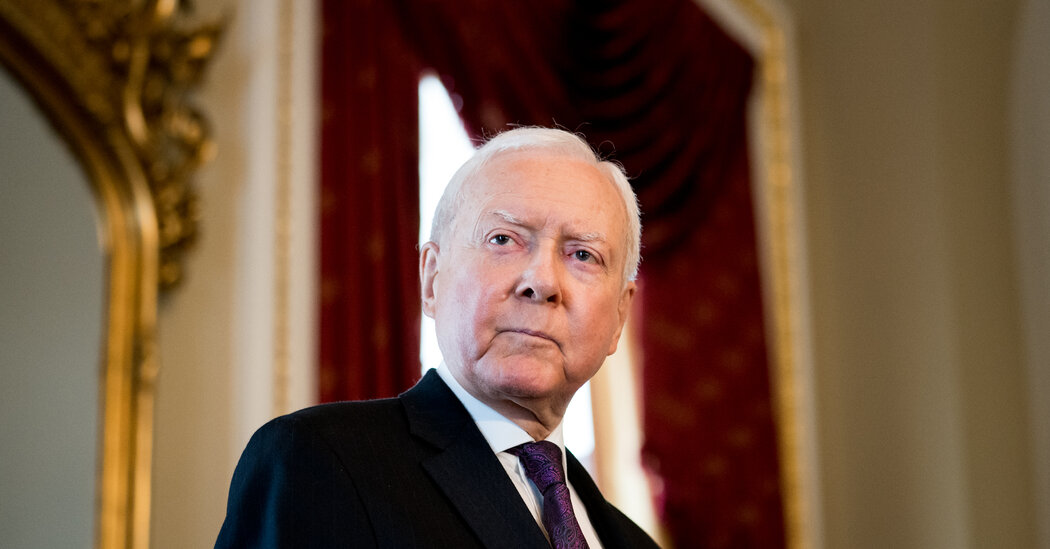 Similarly, after his brief run for the Republican presidential nomination in 2000, he conceded the race to the eventual winner, George W. Bush, with centrist magnanimity. “I like the fact that he can reach across partisan lines,” Mr. Hatch said of Mr. Bush. “We can’t just take a narrow agenda and just narrowly be for a few people in this country. We’ve got to be for everybody.”

For all his conservative credentials, Mr. Hatch had a longstanding and genuine friendship with Senator Edward M. Kennedy of Massachusetts, the quintessential liberal Democrat. They spoke often and shared legislative accomplishments, including programs to assist AIDS patients, protect the disabled from discrimination and provide health insurance for the working poor. Mr. Hatch delivered a moving eulogy at Mr. Kennedy’s funeral in 2009.

The New York Times in 1981 described Mr. Hatch as “an aggressive, ambitious man who, as much as anything, resembles a minister making his rounds.” He was, in fact, a bishop of the Church of Jesus Christ of Latter-day Saints. Away from Capitol Hill, he led a quiet married life, the father of six children. He jogged, golfed and had an athlete’s trim look, even after his dark hair turned white.

Senators, even Republicans, called him relatively humorless. His idea of a good joke, on himself, was a video that caught him trying to remove glasses he was not wearing during a contentious Senate hearing. It went viral online. A spokesman said he laughed at himself when he saw it, and created a fake Warby Parker page implying that invisible glasses were the new rage.

Mr. Hatch had been an amateur boxer in his youth, with 11 bouts to his credit. He was also a pianist, a violinist and an organist, who wrote songs for pop groups and folk singers. In the early 1970s, he was the band manager for a Mormon-themed folk group, “Free Agency.” He also wrote books on politics and religion, and articles for periodicals and newspapers, including The Times.

He was 42 years old, a tall, slim Salt Lake City lawyer, when he went to Washington in 1977 after defeating a three-term Democratic incumbent with the help of an endorsement — for “Warren Hatch” — from Ronald Reagan. The former California governor lost his bid for the Republican presidential nomination to President Gerald Ford, but would sweep into office with his conservative revolution in 1980, counting Mr. Hatch as an ally.

As a Senate freshman, Mr. Hatch found mentors among its deepest conservatives — the Democrats James O. Eastland of Mississippi and Jim Allen of Alabama, and the Democrat-turned-Republican Strom Thurmond of South Carolina. He did not, however, share their ardor for racial segregation.