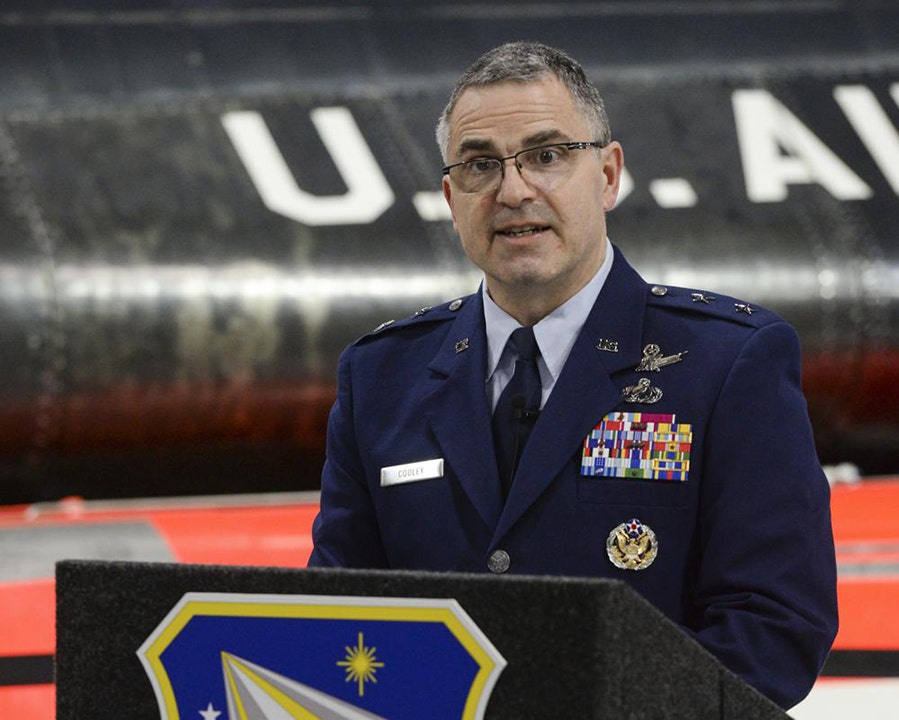 An Air Force major general accused of three sexual misconduct charges was convicted on one charge in Ohio Saturday, the first-ever conviction of a general in the branch’s history.

Maj. Gen. William Cooley was found guilty by a military judge of forcibly kissing a woman — a civilian, who is not a Department of Defense employee — and he was acquitted of two alleged forcible touching incidents during a weeks-long court-martial at Wright-Patterson Air Force Base in Dayton, Ohio.

“This case clearly demonstrates the commitment of Air Force leaders to fully investigate the facts and hold Airmen of any rank accountable for their actions when they fail to uphold Air Force standards,” said Col. Eric Mejia, staff judge advocate for Air Force Materiel Command. AFMC headquarters is located at Wright-Patterson Air Force Base.

This is the first-ever military trial of an Air Force general and subsequently, the first conviction of a general since the Air Force was established in 1947. He faces seven years in jail, as well as a loss of rank, pay or benefits.

“Today marks the first time an Air Force general officer has been held responsible for his heinous actions,” said the woman’s attorney Ryan Guilds, the Dayton Daily News reported. “Hopefully, this will not be as difficult for the next survivor.”

The conviction stemmed from an incident in 2018 when a woman provided Cooley a ride home from a barbeque in New Mexico.

Justice Thomas Should Take a Long Look in the Mirror

White Democrats ‘not listening’ to Black Americans, ‘have become the hero of the criminal’: Lawrence Jones