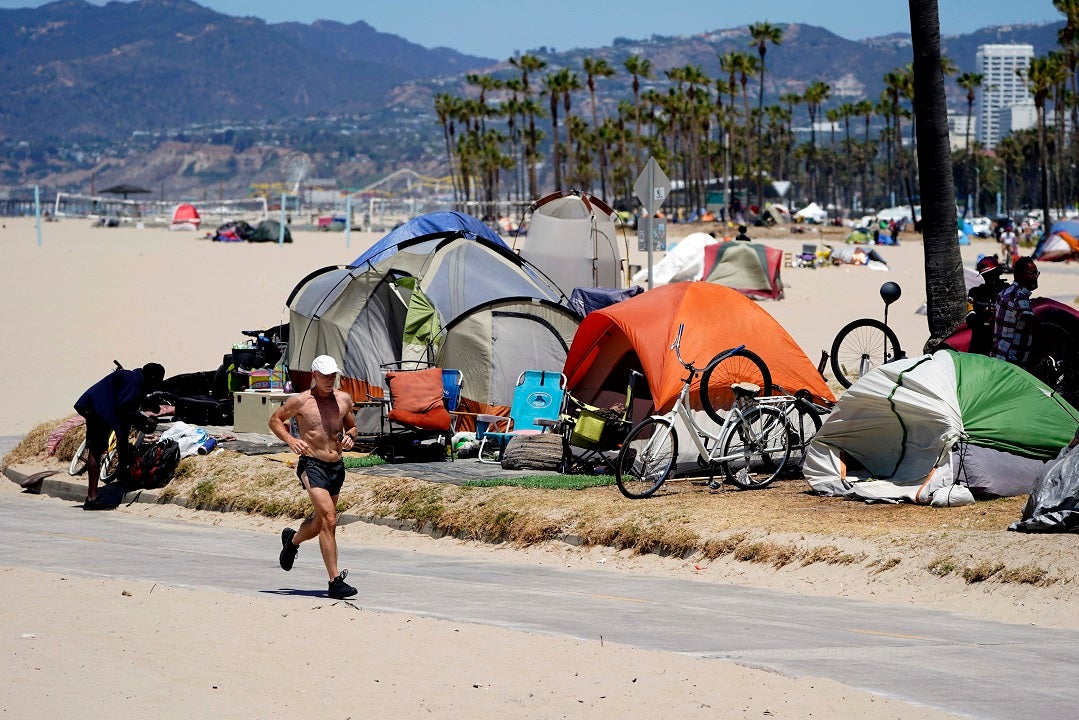 Spike among LA homeless was not driven by COVID: Data

There was a 56% spike in deaths among Los Angeles County homeless people during the first year of the pandemic, which was mostly driven by drug overdoses, not COVID-19, according to county data.

“The findings in this report reflect a true state of emergency,” said First District Supervisor Hilda L. Solis said in a statement. “In a civil society, it is unacceptable for any of us to not be profoundly disturbed by the shocking needs documented in this year’s homeless mortality report.”

Between April 1, 2020, and March 31, 2021, the county recorded 1,988 deaths of homeless people, up from 1,271 deaths during the same period a year earlier, according to a report released Friday from the county’s Department of Public Health.

TUCKER CARLSON: THE HOMELESS CRISIS IS A SYMPTOM OF OUR SOCIETY COLLAPSING IN REAL TIME

Coronary heart disease was the second leading cause of death in the first year of the pandemic, accounting for 309 deaths and an increase of almost 30% from the previous year, the report said.

FILE – In this July 1, 2019 file photo, a homeless man moves his belongings from a street near Los Angeles City Hall, background, as crews prepared to clean the area. The Los Angeles City Council has passed a sweeping anti-camping measure to remove widespread homeless encampments that have become an eyesore across the city. Among other limits, the ordinance that passed 13-2 would ban sitting, lying, sleeping or storing personal property that blocks sidewalks, streets and bike lanes or near driveways, fire hydrants, schools, day care centers, libraries, homeless shelters and parks. (AP Photo/Richard Vogel, File)
(Associated Press )

Methamphetamine was involved in the majority of deaths, while the prevalence of fentanyl also contributed to the death increase. The pandemic likely exacerbated drug use and overdoses, according to experts.

Homeless encampments line the bike path, as the coronavirus disease (COVID-19) disease pandemic continues, on Venice Beach in Los Angeles. On Wednesday, elected officials passed an ordinance to limit homeless encampments by prohibiting where someone can sleep and store personal property.
(REUTERS/Lucy Nicholson)

Los Angeles has long faced a homelessness issue, most notably in Venice Beach and Echo Park Lake. An ordinance took effect in September that banned sleeping and homeless encampments in certain parts of the city, but the issue has continued.

California has the largest homeless population in the nation at an estimated 161,000 people.