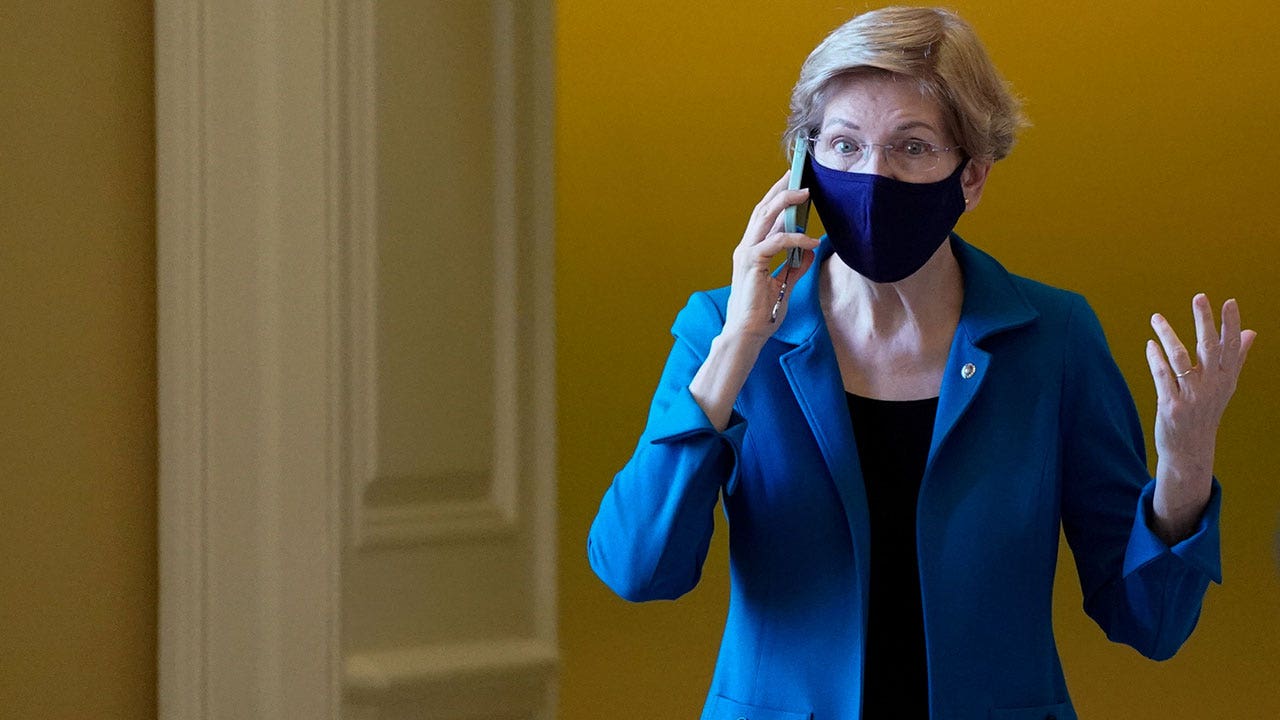 Sen. Elizabeth Warren, D-Mass., warned Sunday that “Democrats are going to lose” in the midterm elections if they don’t deliver on key progressive issues in the coming months, such as student loan debt cancellation.

During an appearance on CNN’s “State of the Union,” Warren reacted to remarks President Biden made Thursday at a Democratic National Committee fundraiser in Portland, Oregon. Biden told Democratic donors that he is focused on touting his accomplishments ahead of the elections, saying, “But I admit to you, what I haven’t done — and the reason I’m getting out on the road again instead of dealing with the day-to-day emergencies in my office — is making the case of what we’ve done.”

Senator Elizabeth Warren, a Democrat from Massachusetts, second left, walks through the basement of the U.S. Capitol in Washington, D.C., U.S., on Wednesday, March 30, 2022.
(Photographer: Eric Lee/Bloomberg via Getty Images)

Warren said Biden “deserves real credit” but that it’s “not enough” for Democrats to talk about what they’ve accomplished.

“We’ve got less than 200 days until the election and American families are hurting,” Warren said. “We can, for example, stop the price gouging. Let’s authorize the FTC to investigate and prosecute on price gouging. That will help bring down prices. Let’s attack the corruption in Washington head on, so that we’re actually saying members of Congress can’t trade in stocks. Let’s cancel student loan debt. The president has the power to do that all by himself and would touch the lives of tens of millions of people across this country.”

“I think we’re going to be in real trouble if we don’t get up and deliver that,” she continued. “I believe that Democrats are going to lose. … We need to be fighting going forward. There are things that the American people elected us to do, and we still need to get out there and do it. We do that, then we’re going to be fine at the elections.”

U.S. Senator Elizabeth Warren (D-MA) talks on the phone before the start of the Senate Democrats weekly policy lunch at the U.S. Capitol building in Washington, U.S., December 14, 2021.
(REUTERS/Elizabeth Frantz)

Warren went on to say the Republican Party wants to fight “culture wars” because it is out of ideas on important issues like the economy.

“Especially when we’re up against a party that just wants to fight culture wars, that’s not going to help people in their lives,” she said. “They have no ideas on the economy, other than to impose pain on American families and small businesses. That’s not an idea. What they want is they want power for themselves rather than to help the American people.”

Warren’s comments followed an op-ed she penned for The New York Times saying Democrats are heading for “big losses in the midterms” if they do not push through more of the president’s agenda, including finalizing a budget reconciliation deal that raises taxes on businesses to fund “vital investments in combating climate change and lowering costs for families.”

“When someone says too big, I hope that they go talk to the millions of small business owners whose businesses were saved because we actually put money into a rescue plan,” she said. “I also hope they will talk to the millions of people who have gotten vaccinations and who have gotten free testing, because that’s how we bring COVID under control so that businesses can be open so that this economy can move forward.”