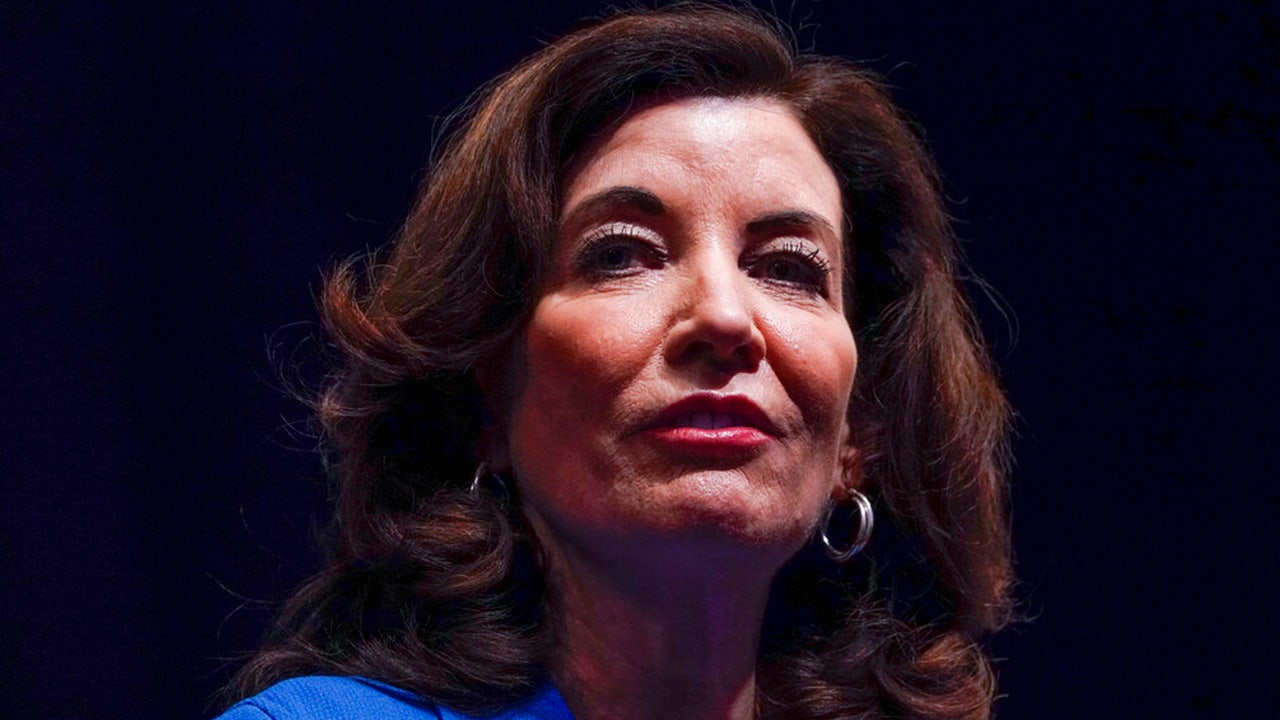 Democratic New York Gov. Kathy Hochul warned that her state is “just getting started” on gun restrictions after the Supreme Court struck down a state gun control measure Thursday.

“Today, the Supreme Court is sending us backwards in our efforts to protect families and prevent gun violence. And it’s particularly painful that this came down at this moment,” Hochul said. “We are still dealing with families in pain from mass shootings that have occurred, the loss of life, their beloved children and grandchildren. Today, the Supreme Court struck down a New York law that limits who can carry concealed weapons.”

“Does everyone understand what a concealed weapon means? That you have no forewarning that someone can hide a weapon on them and go into our subways, going to our grocery stores, like stores up in Buffalo, New York, where I’m from,” she continued. “This decision isn’t just reckless. It’s reprehensible. It’s not what New Yorkers want. And we should have the right of determination of what we want to do in terms of our gun laws in our state.”

Hochul went on to state that she is “prepared to go back to muskets” through gun restrictions.

The case, New York State Rifle & Pistol Association, Inc. v. Bruen, was the first major 2nd Amendment case before the Supreme Court in more than a decade. New York’s law required a person to show “proper cause” before being able to obtain a concealed carry license.

The “proper cause” standard allowed state officials to determine whether applicants had supplied a specific reason for needing a firearm, denying access to people who stated they simply wanted to protect themselves.

FILE – A handgun from a collection of illegal guns is reviewed during a gun buyback event in Brooklyn, N.Y., May 22, 2021.
(AP Photo/Bebeto Matthews, FIle)

“In this case, petitioners and respondents agree that ordinary, law-abiding citizens have a similar right to carry handguns publicly for their self-defense. We too agree, and now hold, consistent with Heller and McDonald, that the Second and Fourteenth Amendments protect an individual’s right to carry a handgun for self-defense outside the home,” Justice Clarence Thomas wrote in the Court’s opinion. “Because the State of New York issues public-carry licenses only when an applicant demonstrates a special need for self-defense, we conclude that the State’s licensing regime violates the Constitution.”

The gun rights case is among more than a dozen ruling SCOTUS is scheduled to hand down Thursday and Friday. Also among them is Dobbs v. Jackson, an abortion case in which the court is expected to overturn Roe v. Wade.