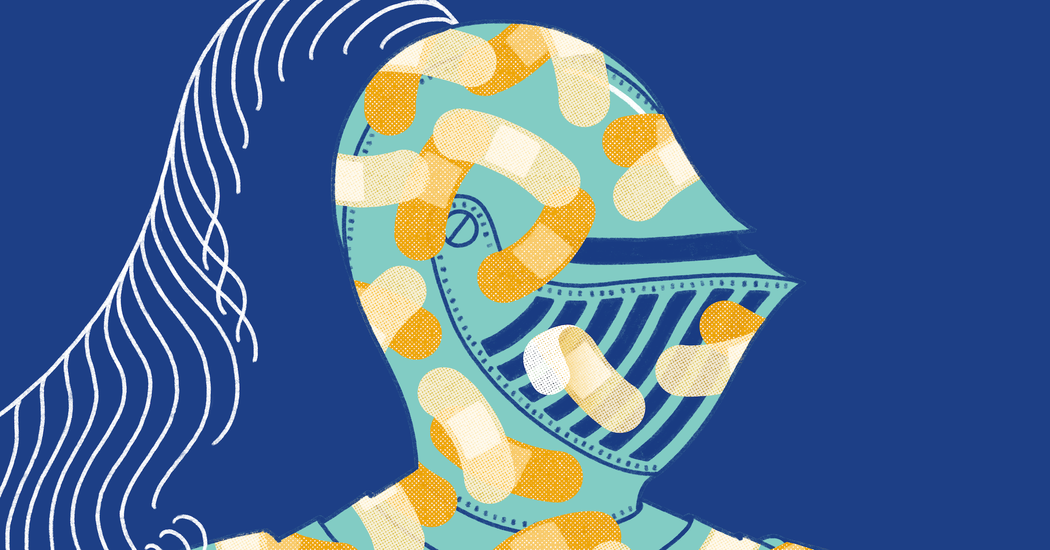 The Covid-19 pandemic has been a protracted battle between a generation-defining virus and scientists working at a breakneck pace to fight it. Following the development of the remarkably effective first-generation Covid-19 vaccines, the virus made its response: More infectious variants have emerged, capable of infecting people who have been vaccinated or were previously infected. This is by no means a failure of the vaccines, which continue to keep millions of people protected from the most devastating consequences of the virus. But science should be ready to make its next move.

Initially, people who received the mRNA vaccines from Pfizer or Moderna were around 95 percent less likely to get Covid-19 than those who had no prior immunity. Protection against severe disease was strong. Countries with high vaccine uptake saw coronavirus cases, hospitalizations and death rates plummet.

Given these powerful tools, it seemed that the worst of the pandemic would rapidly be put behind us. And it likely has been. Despite an astonishingly large fraction of the country becoming infected during this winter’s Omicron wave, deaths from Covid-19 were lower than or not far surpassing those of previous waves that caused far fewer infections. These deaths were much less likely to occur in those who were vaccinated compared to those who weren’t. Beyond the vaccines, antiviral medications have been developed that are of particular benefit to those who are unvaccinated or immunocompromised. There are many tools now that make Covid-19 less of a threat than it was in 2020.

It’s also true that the road out of the pandemic has been bumpier than many had hoped. Over half of the U.S. population has been infected, and some more than once. Importantly, post-vaccination infections and re-infections only rarely land people in the hospital, but the experience can nonetheless be miserable and disruptive.

The Covid situation, in terms of hospitalizations and deaths, is in a much better place now, but it is not the best science can do, and we must continue to advance against it. There are several ways to improve the state of immunity.

My research group studies the maintenance of immunity, and we’ve learned that the details matter. To fix dents in the armor of immunity, scientists need to understand what is still working, what has slipped, and why.

Following vaccination or recovery from an infection, the immune system leaves behind several layers of defense to counter any future virus exposures. One component of durable immunity is made of memory cells that patrol the body, looking for any signs of the virus. If such evidence is found, memory T cells can kill the infected cells while memory B cells rapidly produce antibodies, which are proteins that can stick to viruses and prevent them from infecting more cells.

Memory cells used to have enough time to find and shut down the virus before a coronavirus infection led to noticeable symptoms. But as rapidly replicating variants such as Delta and Omicron have emerged, the window of time before a person develops symptoms has shrunk, making it harder for them to clear the infection before they feel sick. Memory cells still usually catch up to the virus before it can spread through the lungs and cause severe disease, but one can feel pretty awful in the meantime.

The Covid- vaccines do a good job of inducing all kinds of memory cells. These cells remain stable over time and are relatively impervious to mutations in variants like Omicron. This is good news, and helps explain why the available vaccines continue to sharply reduce severe illness even from variants that have changed substantially from the original strain of the coronavirus. Still, it’s clear that to prevent people from getting sick, scientists need to find ways to shorten the response time of these cells even further.

A second layer of immunity is composed of specialized soldiers of the immune system called plasma cells. Each plasma cell makes antibodies at an astronomical clip — several thousand every second, whether the virus is around or not. Because antibodies themselves only stick around for a few weeks, the persistence of plasma cells is the key to replenishing and maintaining protective antibodies over time.

The Covid vaccines behave very differently from one another in terms of how many plasma cells are made and how long they live. This can be estimated by measuring the concentrations of antibodies in the blood over time. Both the Moderna and Pfizer mRNA vaccines lead to very high initial levels of protective antibodies. These antibodies then decline precipitously for six to nine months before stabilizing between 10 to 20 percent of their peak levels. Because the peak levels of plasma cells and antibodies after mRNA vaccination are so high, even a 90 percent loss would probably still leave one highly protected against symptomatic infection had the virus not evolved into new variants.

In contrast, the single-dose Johnson & Johnson vaccine induces far fewer plasma cells and antibodies initially, and its effectiveness against Covid-19 is lower than that of the mRNA vaccines. The Food and Drug Administration has understandably limited its use because of risk for a rare but serious blood-clotting side effect. However, the Johnson & Johnson vaccine maintains and may even slowly increase protective antibodies over time. In an ideal world, people would get high levels of protection from an mRNA vaccination and then maintain it as seen with a single-dose vaccine such as Johnson & Johnson’s.

So, given this state of affairs, what are actionable things that can be done to improve the duration of immunity? There are several possibilities, ranging from options that are available now to what I expect will be coming in the next few years.

First, there are boosters. Because antibodies are maintained at high levels when the Johnson & Johnson vaccine is given as a booster after the mRNA vaccines, it’s worth considering whether there are ways to safely resurrect this vaccine for boosters, perhaps by better defining the groups at risk for the rare blood clotting side effect.

Second, the vaccines and boosters we have, currently aimed at a strain that has been gone for over a year, will be updated to match variants like Omicron. The matching of the vaccines to the virus will likely help antibodies work better, potentially providing some buffer room for them to decline. Getting a booster with an Omicron-specific vaccine could help protect people from infections or getting the virus again.

While frequent boosters could restore some portion of the original vaccines’ levels of protection against the virus, given the lower uptake of boosters so far, scientists and stakeholders must also pursue longer-lasting solutions and new tools to stop infections.

Vaccines that are received up the nose or in the mouth position memory cells and antibodies near the sites of infection and offer potential ways to prevent symptoms and perhaps even infections altogether. Some of these types of vaccines are now in clinical trials and could become available soon.

Groups of researchers are also studying single vaccines that could work against all versions of the novel coronavirus. These vaccines, which aim to be variant-proof, make it difficult for the virus to outmatch the immune system. They have shown great promise in animal experiments. Some are entering clinical trials and could be available in the next few years.

These kinds of vaccines could buy us long-lasting protection against infections and disease. When combined together, our armamentarium for fighting Covid-19 is growing. This is not the end of the chess match. Our next moves are coming soon.