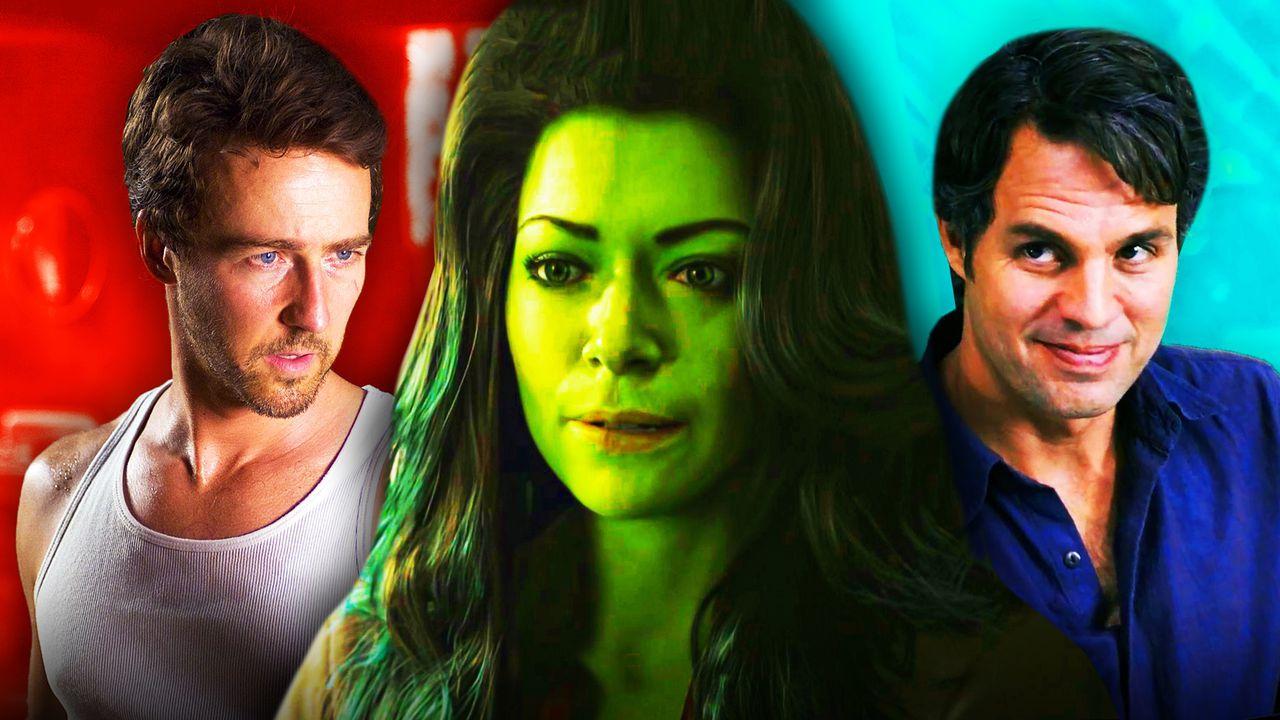 As big as Iron Man was, fans often forget how The Incredible Hulk was also in production at the same time. Sadly, that film didn’t quite hit in the same way as Robert Downey Jr.’s debut. In fact, it wasn’t long before drama set in, leading Edward Norton to officially leave the role of Bruce Banner.

By the time The Avengers came around, the world had an entirely different actor behind Hulk’s rage: Mark Ruffalo. He’s now become the person synonymous with the big green hero, and Norton has been all but forgotten in the Marvel-sphere.

The upcoming She-Hulk: Attorney at Law series on Disney+ will be the next time that audiences see Bruce in action. It’ll also feature the return of another character not seen since 2008: Tim Roth’s Abomination—not including his brief cameo in Shang-Chi and the Legend of the Ten Rings.

Thanks to interviews and set photos, fans know that Roth’s character will be interacting with Ruffalo’s Hulk for the first time. Now, the actor has spoken publicly about finally getting to work with the different-looking Bruce Banner.

In an interview with Forbes, She-Hulk actor Tim Roth talked about returning to the role and working with Mark Ruffalo for the first time.

Roth recalled how his time on The Incredible Hulk “was pretty unusual” and that “trying to bring that kind of world to life was good and crazy:”

“Yes, because it’s as real as that gets now. When we were doing it initially, it was pretty unusual. It was pre-Iron Man, and those Robert Downey Jr. and Jon Favreau changed it all. For me, what we were doing felt like a big-budget indie. It had a bit of that going on. Trying to bring that kind of world to life was good and crazy. Again, it was one of those I did for my kids because I thought they would get a kick out of it at school as they were much younger. Coming back, I didn’t know what to expect. Once I started shooting on it, I didn’t know how to go about my business, and it was a bit disconcerting.”

Roth was quick to compliment Tatiana Maslany, saying that she “is incredible… [and] pretty good at everything:”

“Tatiana Maslany is incredible, and She-Hulk is a comedy, and she’s bloody good at comedy but, to be fair, she’s pretty, pretty good at everything. When Mark Ruffalo showed up to do his stuff that I was involved in and saw the two of them interacting, it was a penny drop moment for me, and I went, ‘Oh, that’s what we’re doing. Oh, okay,’ and then I knew what to do. Basically, on the first segment I was involved in, I got some serious direction from them about we go about our business there, and then it was all playtime. It was a lot of fun.”

Ruffalo isn’t Roth’s first Hulk, as he worked with Edward Norton in the 2008 movie The Incredible Hulk, leading Roth to tell Ruffalo “‘You’ve changed'” when they got to set together on She-Hulk. The two had a good dynamic on set, however, as they would “hang around and muck about between takes:”

“Yeah, I was like, ‘You’ve changed.’ (Laughs) It’s kind of fun. We used to hang around and muck about between takes, and we had a nice time. I very much respect Mark as an actor, so even under those bizarre and wonderful circumstances, that one was a treasure.”

When it was announced that Tim Roth would be returning as the Abomination, fans were ecstatic. It was one of the first real connections to the 2008 Edward Norton film, which is often forgotten in the grand scheme of the MCU.

So, with Roth having returned, could more actors be following suit? For example, one of the biggest hanging threads of the MCU is how Tim Blake Nelson’s Samuel Stern was actively turning into a big-time villain named The Leader.

Another big character who the MCU is due to bring back is Liv Tyler’s Betty Ross, Banner’s love interest. Maybe if that World War Hulk movie ends up happening, Marvel Studios will have the opportunity to bring them both back into the game.