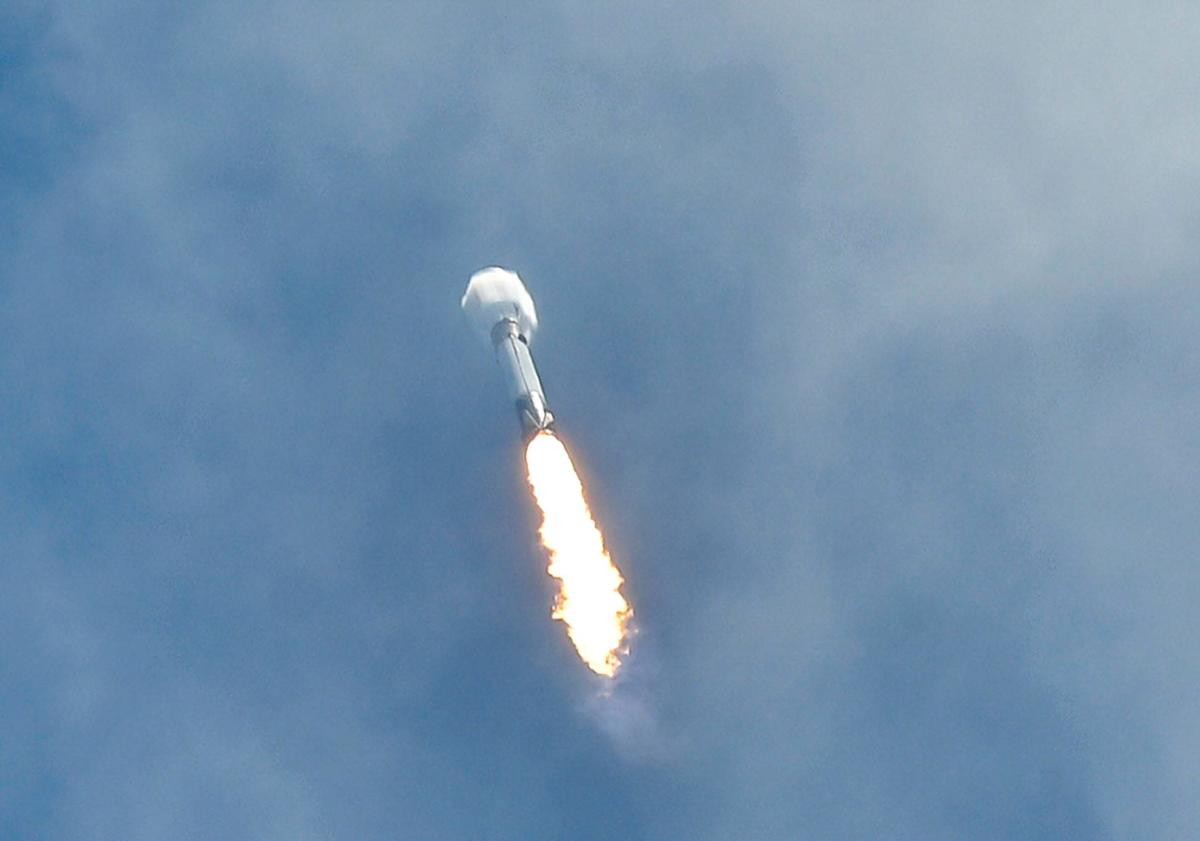 Space is important to us and that’s why we’re working to bring you top coverage of the industry and Florida launches. Journalism like this takes time and resources. Please support it with a subscription here.

SpaceX boosted its latest batch of Starlink internet satellites from Florida on Friday, kicking off a packed weekend of launches just after company employees were fired for criticizing the behavior of founder Elon Musk.

The 12:09 p.m. liftoff from Kennedy Space Center’s pad 39A marked the 49th mission for Starlink, a constellation of satellites that provide internet coverage to a swath of the globe including North America, Europe, and Australia. SpaceX has launched nearly 3,000 of the flat-packed spacecraft to date.

Shortly after launch and a flight toward the northeast, the Falcon 9 rocket’s 162-foot first stage landed on the Shortfall of Gravitas drone ship in the Atlantic Ocean. That made the booster SpaceX’s record-breaking leader with 13 launches to date.

But the company isn’t quite done: next, teams at Vandenberg Space Force Base in California will target 7:19 a.m. Pacific time Saturday, June 18, to launch a radar satellite for the German military known as SARah 1. That Falcon 9 mission will include a local landing at Vandenberg’s Landing Zone 4.

Then on Sunday, June 19, the focus shifts back to Florida as teams here shoot for yet another Falcon 9 launch, this time from Cape Canaveral Space Force Station. Liftoff of a communications satellite for American company Globalstar is set for 12:27 a.m. EDT. After a flight toward the northeast, Falcon 9 will again land on a drone ship in the Atlantic.

On Thursday, The Verge first reported a group of employees were preparing a letter denouncing Elon Musk’s behavior ranging from tweets to alleged incidents involving sexual harassment. The New York Times then was first to report early Friday that the employees were fired for disseminating the letter.

“Elon’s behavior in the public sphere is a frequent source of distraction and embarrassment for us, particularly in recent weeks,” the letter read. “As our CEO and most prominent spokesperson, Elon is seen as the face of SpaceX — every Tweet that Elon sends is a de facto public statement by the company.”

Over the last several weeks, Musk has spoken out, particularly on Twitter, about several topics ranging from attacks on Bill Gates to work-from-home policies across his companies. A recent Insider report also alleged SpaceX paid $250,000 to a former company flight attendant after she accused Musk of asking for sexual favors during a massage.

In a response sent to SpaceX employees, also obtained by The Times, company president Gwynne Shotwell said the letter was “overreaching activism.”

“The letter, solicitations and general process made employees feel uncomfortable, intimidated and bullied, and/or angry because the letter pressured them to sign onto something that did not reflect their views,” Shotwell said. “We have too much critical work to accomplish and no need for this kind of overreaching activism.”

Neither report identified the employees nor how many were involved in drafting the letter. SpaceX did not respond to requests for comment.

For the latest, visit floridatoday.com/launchschedule.