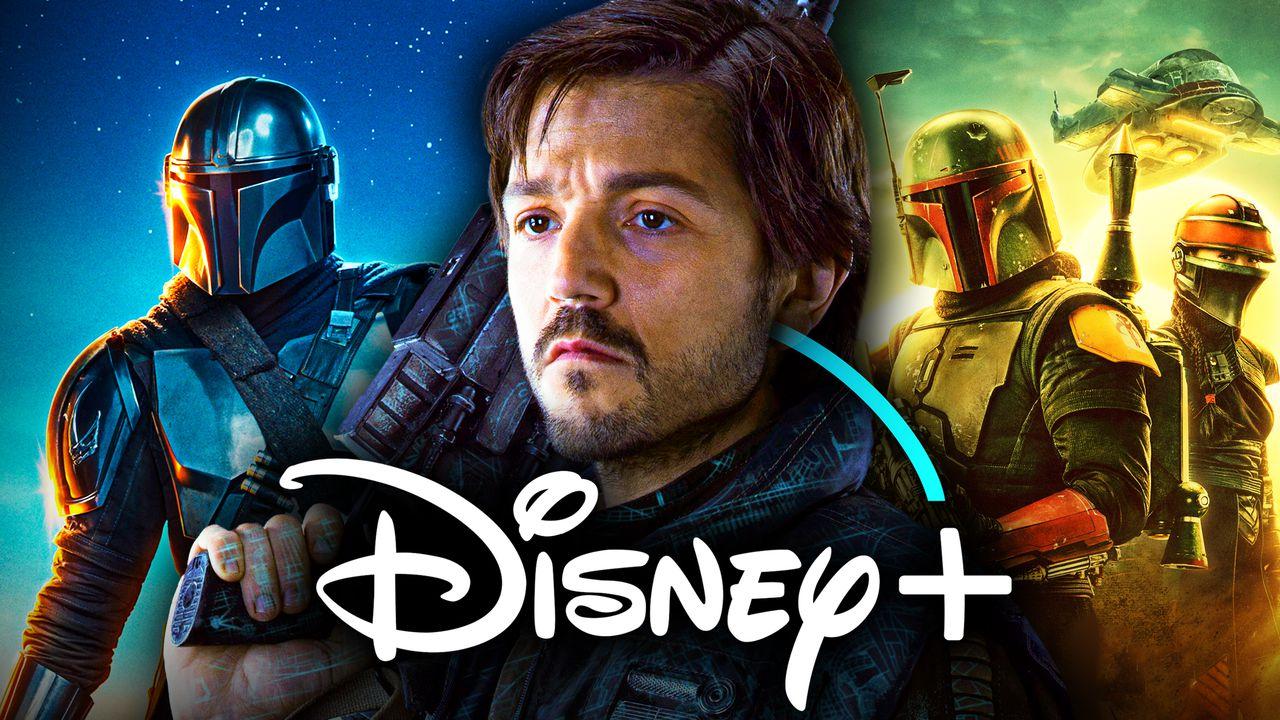 There can’t be a conversation about Star Wars without a conversation about technology. When A New Hope premiered in 1977, it wasn’t just a fun ride but a technological achievement that changed the way movies were made. George Lucas broke the mold once more with the prequel trilogy and its use of CGI; and then, in 2019, Star Wars did it one more time with the introduction of StageCraft and The Volume for The Mandalorian on Disney+.

Designed by Lucasfilm’s own Industrial Light & Magic (ILM), StageCraft is a new form of on-set production tech consisting of a seamless, wraparound VFX video wall on which backgrounds and scenery are shown and coupled with practical set elements. This is known as The Volume.

Using this new form of filmmaking tech, actors don’t have to act against a blue screen, and there’s no need to film on-location or with massive sets. Filmmakers can also make adjustments within The Volume as opposed to waiting until post. It’s faster, cheaper, streamlines production, and in the true Star Wars tradition, is revolutionizing the way films and television are made.

In addition to Lucasfilm using the tech for subsequent seasons of The Mandalorian, as well as Obi-Wan Kenobi and The Book of Boba Fett, Marvel Studios adopted StageCraft and The Volume when filming Ant-Man and the Wasp: Quantumania and Thor: Love and Thunder.

But in a fascinating twist of irony, the creators of Star Wars’ upcoming Disney+ series, the Rogue One-spin-off Andor, passed on the tech their own studio created in favor of going “old-school.”

In talking with Empire, Andor creator and Rogue One alum Tony Gilroy explained that, for this Disney+ series, they broke a Disney+ filming trend because “[they] didn’t use StageCraft at all:”

“Yep, we’re old-school. We didn’t use StageCraft at all. It’s a choice that looks set to add even more grit and earthiness to a series all about capturing that texture, set at a time when the Star Wars galaxy is a particularly dark and dangerous place to be.”

Rogue One: A Star Wars Story stunned audiences in 2016 with its gorgeous visuals and varied locations. The decision to go practical and natural is in step with the 2016 film and the original Star Wars trilogy.

However, the decision is a surprising one given how celebrated The Volume and StageCraft have become in filming Disney tentpole proprieties, not to mention the fact that the idea for the tech was actually developed while filming Rogue One.

But so far, the decision is paying off in terms of reception.

Star Wars fans praised the visuals shown in Andor‘s first teaser and in its most recent trailer, and apparently, the show’s cast appreciated the use of tangible, physical environments as well.

According to Diego Luna, who plays the series’ titular star, Cassian Andor, “As an actor, it’s beautiful. Everything is mechanical. You’re interacting with real stuff.”

Actress Fiona Shaw, who plays Maarva in Andor, echoed Luna’s sentiment, saying, “My character’s house is built from parts of old spaceships. I used to go out and just stare at it. Breathtaking.”

But filming on-location has its own kind of Dark Side. In addition to weather, lighting, and transportation woes, there’s also the issue of the work it takes for the talent to get to work filming in these beautiful locations.

Luna admitted this fact in relaying a tale of how “we had to walk for hours up a mountain to set up on shot:”

“In Pitlochry, Scotland, we had to walk for hours up a mountain to set up one shot,” says Luna. “Huge effort. Really dangerous to get there. All you can see around you is sky, trees, rivers, lakes. Amazing! Like being on another planet.”

As to why Gilroy and the Andor team chose not to use StageCraft at all – especially since not everything in the series could be practical – is currently unknown.

And, while it’s shocking due to Lucasfilm’s decade-old obsession with advancing filmmaking, it’s also one-hundred percent what the Rebellion would do.

While it’s true that Star Wars has revolutionized the technical side of the film industry time and again, it’s done so in narratives where tech is often perceived as a threat. After all, isn’t Rogue One all about trying to obtain plans to destroy a technological superweapon, and isn’t Darth Vader more machine now than man?

It will certainly be interesting to see how Andor visually compares to The Mandalorian and Obi-Wan Kenobi upon its three-episode release in September, as well as how Andor‘s reception will impact fan opinion of the use of StageCraft and The Volume in the future.

The first three episodes of Andor will premiere on Disney+ on September 21.