The hearing focused on how Trump’s efforts to overturn the election threatened democracy. 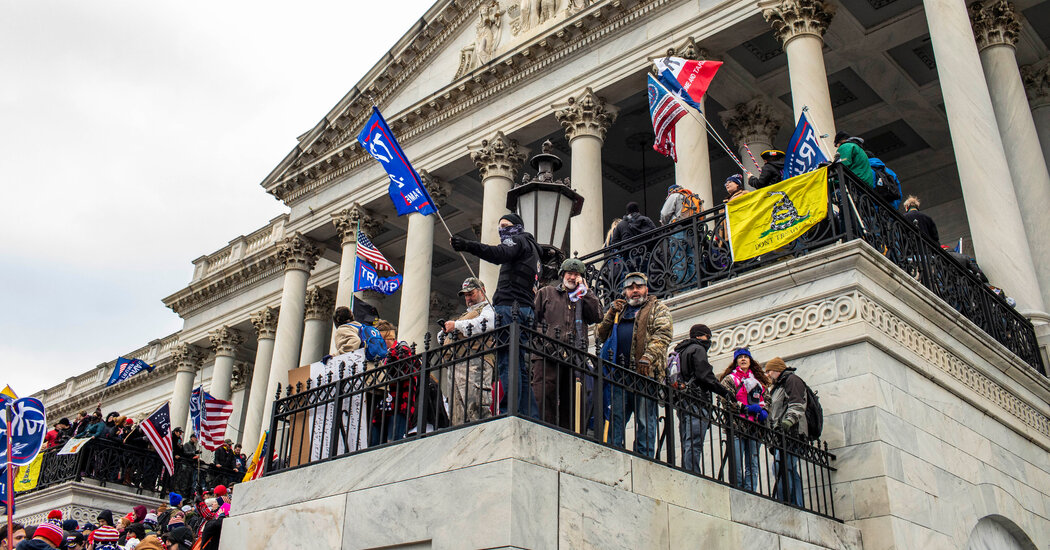 Over nearly an hour, Rusty Bowers, a Republican who is the speaker of the House of Representatives in Arizona, testified on Tuesday in painstaking and emotional detail about the pressure campaign he faced over several weeks after the Nov. 3, 2020, election, in which President Donald J. Trump lost the state.

Mr. Bowers, speaking slowly, also told the House select committee about the harassment he experienced outside his home from Trump supporters in the weeks before Jan. 6, 2021, in which he was called a “pedophile” and other epithets.

Mr. Bowers, who spoke about the Constitution in reverential and spiritual terms, had tears in his eyes as he described his gravely ill daughter enduring some of the harassment outside their house. (She died in late January.)

The effort to persuade him to take steps to flip the outcome in Arizona to Mr. Trump’s column — the state was won by Joseph R. Biden Jr. — began with pressure from Mr. Trump, and one of his lawyers, Rudolph W. Giuliani, who maintained that he had evidence of fraud. “Aren’t we all Republicans here? I would think we would get a better reception,” Mr. Bowers recalled Mr. Giuliani saying at one point.

Soon after Gov. Doug Ducey of Arizona, a Republican, certified the state for Mr. Biden, Mr. Giuliani and an associate, Jenna Ellis, met with Arizona lawmakers, including Mr. Bowers, Mr. Bowers recalled. Mr. Bowers described Ms. Ellis asserting that they had evidence of widespread voter fraud, only to provide none.

“I said, ‘I want the names. Do you have the names of the supposedly dead or fraudulent voters?’” Mr. Bowers said. “She said, ‘Yes.’”

Nothing was produced. Eventually, he recalled, Mr. Giuliani said, “We’ve got lots of theories. We just don’t have the evidence.”

Mr. Bowers also recalled speaking to Mr. Trump, making clear to the president that he “wouldn’t do anything illegal for him,” as one questioner, Representative Adam Schiff, Democrat of California, said. Nonetheless, another lawyer advising Mr. Trump, John Eastman, called Mr. Bowers in early January and urged him to schedule a legislative vote to “decertify the electors, because we had plenary authority to do so.”

Mr. Eastman, Mr. Bowers testified, said that he should “just do it and let the courts figure it all out.”

Mr. Bowers again rejected the push, saying, “I took an oath — for me to take that, to do what you do would be counter to my oath.”

Finally, he testified, there was a call from another Trump supporter, Representative Andy Biggs, Republican of Arizona, on the morning of Jan. 6, 2021, when the Electoral College vote was to be confirmed by a joint session of Congress. Mr. Biggs, he said, pushed him again to undo the state’s certification of its electors for Mr. Biden.

“We have no legal pathway” to “execute such a request,” Mr. Bowers recalled saying. He also recalled his reaction when he learned that Trump advisers pushed ahead with a scheme to put forward slates of “alternate” electors. “I thought of the book, ‘The Gang That Couldn’t Shoot Straight,’” Mr. Bowers said.

Mr. Bowers’s personal journal contained an entry in which he said, “I do not want to be a winner by cheating. I will not play with laws I swore allegiance to.” He was invited to read it into the testimony.

He was also asked for his reaction to a statement from Mr. Trump criticizing Mr. Bowers’s testimony in advance, in which he claimed that Mr. Bowers had told him the election was “rigged” and that he had won the state.

“I did have a conversation with the president,” Mr. Bowers said. “That certainly isn’t it.”

A moment later, more emphatically, he said, “Anywhere, anyone, any time has said that I said the election was rigged — that would not be true.”