The US DOJ is seizing Roman Abramovich's Boeing 787, a rare private jet worth $350 million. See inside examples of one of the largest private aircraft in the world. 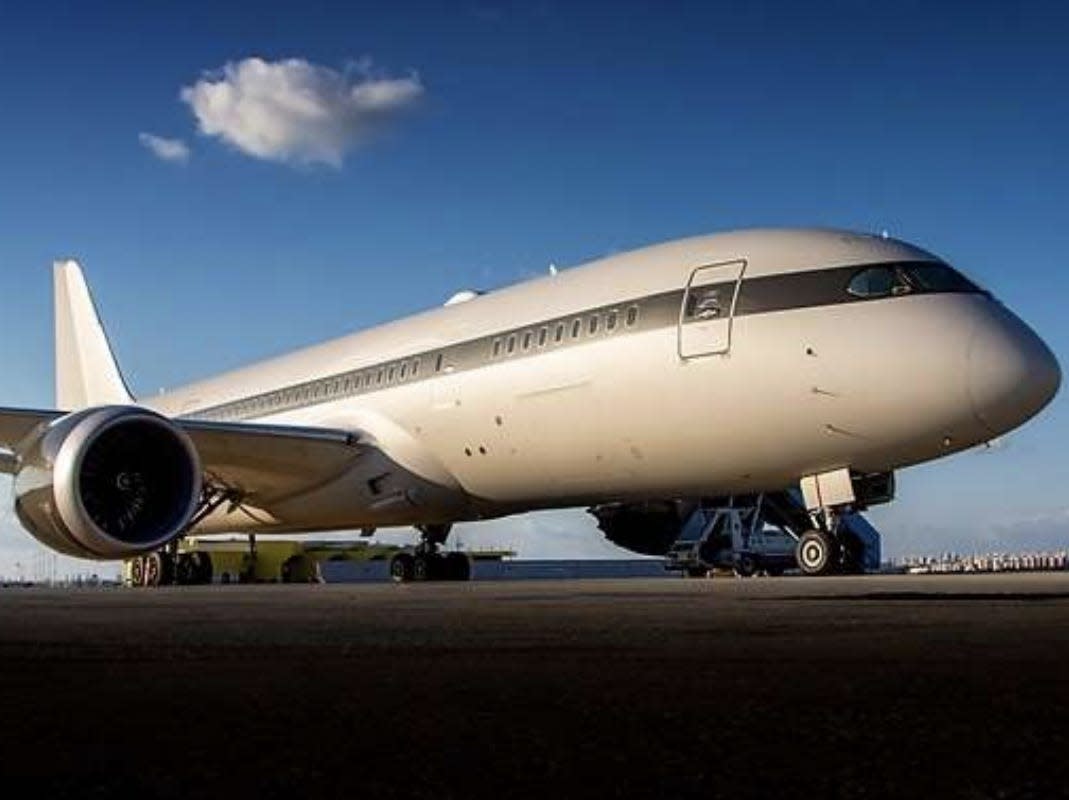 The US Department of Transportation has been “authorized to seize” two private jets from Russian oligarch Roman Abramovich: a Boeing 787-8 Dreamliner and a Gulfstream G650ER.

Source: US Department of Justice

According to an FBI affidavit, Abramovich “owned and/or controlled the Gulfstream and the Boeing through a series of shell companies.”

Source: US Department of Justice

The seizures are part of Western sanctions and other punishments imposed on ultra-wealthy Russians in response to the country’s invasion of Ukraine.

Abramovich’s jets have a combined value of $400 million, though the 787 makes up most of that sum at $350 million, according to court records. The Dreamliner is currently in Dubai, while the G650ER is in Russia.

While many private jets and other luxury vessels have been seized in recent months, Abramovich’s Dreamliner is of particular interest due to its size and rarity.

Boeing has converted a series of airliners into business aircraft, like Tony Robbin’s BBJ 737. However, the wide-body 787 version is not common, as the jet was primarily designed for long-haul commercial flights. Only a handful of private examples exist.

Abramovich’s was bought from PrivatAir after the carrier filed bankruptcy in 2018. It is the world’s most expensive private jet.

There are a few other Dreamliner business planes in existence, including purpose-built ones like HNA Group’s “Dream Jet…”

There are few photos of the Russian billionaire’s Dreamliner, but images of the other two jets can paint a picture of the luxuries that may lie inside — take a look.

The 2,400-square-foot Dream Jet was formerly operated by China’s Deer Jet, which is a subsidiary of the HNA Group. The plane can travel over 17 hours and connect virtually any two cities on the globe.

Before it was sold, the aircraft could be chartered out for $74,000 per hour and was rented by the rich and famous, like Cambodian president Hun Sen.

Vella explained to Insider that the company was the very first to ever built an interior for the BBJ 787, but it was a complex job due to the plane’s design and materials.

“The reason we were the first was people were a little twitchy about taking the risk of doing a proper VIP interior,” he explained.

However, Vella and his team had experience with the 787 and were familiar with the plane, so they were able to mitigate the risks and tackle the challenges.

Considered a “seven-star” hotel experience in the sky, Kestrel’s plane features several living and working spaces, like a rotunda, galley, and crew rest areas at the front…

…a living room with a TV and day bed, which can separate into two separate couches…

…and an ensuite bathroom that connects to the bedroom via sliding doors.

The bathroom features vanities, sinks, and a standing shower.

Meanwhile, the bedroom features a TV and closet space.

The living room has several seating areas, including loungers and couches. This space is meant for meetings, hanging out, talking, or playing games.

Also in the giant lounge is a hidden jumpseat, which is required per FAA regulations. Vella said there is a door that hides the seat after takeoff.

Vella said the floors are either wood or carpet and that the different shades of browns and grays were meant to separate the space.

For example, he used dark brown seats in the aft room and light brown in the main lounge in the center of the jet.

Another Dreamliner private jet is Mexico’s presidential 787. However, Vella explained that the plane is not a purpose-built BBJ, but rather a 787 airliner converted into a business aircraft.

Nevertheless, the interior has been converted into several living spaces, including a bedroom…

However, the plane is no longer being used as a presidential jet because the country’s current leader, Andrés Manuel López Obrador, prides himself on his austerity and tries to fly commercial when he can.

Previously, the president said he sees the plane, which was bought for $218 million, as an “insult to the people” and “an example of the excesses” of the nation’s former leaders, the New York Times reported.

Because of this, Obrador tried to sell the plane in 2018 but had no offers. To convert the plane into an airline would be extremely costly, putting off buyers. He even tried to raffle it off, unsuccessfully.

To cover the upkeep costs, the government plans to rent out the now-$130 million aircraft for private events.

“It will be open to the public if anyone wants it, because they’re getting married … and they want to bring their friends and family … or coming of age parties, birthdays,” López Obrador said, AP reported.