Tom Hanks shouts at fans after causing wife to trip 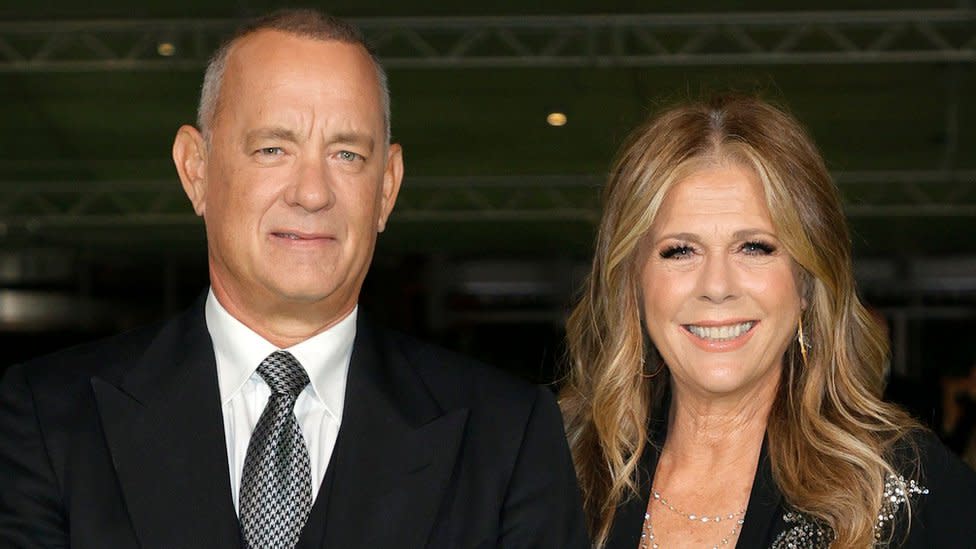 Tom Hanks has been seen angrily telling fans to “back off” after his wife Rita Wilson tripped while being surrounded as they left a restaurant in New York.

The actor is currently promoting his latest film Elvis, in which he plays Presley’s manager Colonel Tom Parker.

While leaving a restaurant and walking to a waiting car on Wednesday, Hanks and Wilson were approached by several fans, who asked for selfies.

Hanks is seen shouting at the group after they caused his wife to trip.

The footage, which includes strong language, has been uploaded to YouTube.

In the video, a security guard is seen clearing the way for Hanks and Wilson to walk through the crowd as they leave the restaurant.

Some members of the waiting crowd are seen attempting to take selfies with the pair.

But when Wilson trips, apparently a result of being accidentally pushed by some members of the group, she turns and firmly tells one fan to “stop it”.

Hanks then turns to face the group, puts his hands in the air, and shouts: “[That is] my wife, back the [expletive] off.” He looks at the group angrily, before adding: “Knocking over my wife.” The pair then leave the scene in a waiting car.

Some members of the group immediately apologise, and can be heard saying: “Sorry about that, Tom.”

BBC News has asked representatives for Hanks, who has been married to Wilson since 1988, for comment.

While Hanks did not become physical with any fans, he is the second Hollywood A-lister to publicly come to his wife’s defence in recent months, following Will Smith’s altercation with Chris Rock at the Oscars.

Earlier this week, Hanks gave an interview where he said he would not be able to play his Oscar-winning role in 1993’s Philadelphia today.

In the film, the actor portrayed a gay man who is dying of Aids.

“Let’s address ‘Could a straight man do what I did in Philadelphia now?'” Hanks said to the New York Times magazine. “No, and rightly so.

“The whole point of Philadelphia was don’t be afraid. One of the reasons people weren’t afraid of that movie is that I was playing a gay man. We’re beyond that now, and I don’t think people would accept the inauthenticity of a straight guy playing a gay guy.”