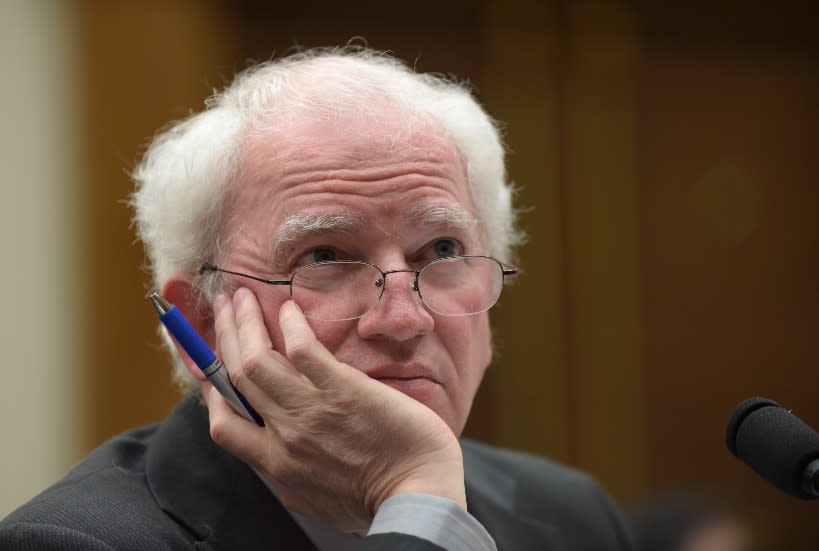 Lawyer and adviser to former President Trump, John Eastman, said in an email exchange shortly after the 2020 presidential election that four Supreme Court justices were in a “heated fight” over whether to take up a case involving poll results in Wisconsin, according to a report in The New York Times.

Two people familiar with the emails told the outlet that Eastman described the discussions between the Supreme Court justices as “heated” while the Trump campaign deliberated on bringing another election case to the court.

In one exchange, Chesebro said that the “odds of action before Jan. 6 will become more favorable if the justices start to fear that there will be ‘wild’ chaos on Jan. 6 unless they rule by then, either way.”

The emails came after the Supreme Court had already rejected two of Trump’s election fraud cases.

“I don’t have the personal insight that John has into the four justices likely to be most upset about what is happening in the various states, who might want to intervene, so I should make it clear that I don’t discount John’s estimate,” Chesebro said in an email, according to The Times.

“I think the odds of action before Jan. 6 will become more favorable if the justices start to fear that there will be ‘wild’ chaos on Jan. 6 unless they rule by then, either way,” Chesebro said. “Though that factor could go against us on the merits. Easiest way to quell chaos would be to rule against us — our side would accept that result as legitimate.”

The content and timing of the emails with Ginni Thomas were not clear.

The existence of the emails between Eastman and Ginni Thomas was first reported by The Washington Post.

In the exchanges with Chesebro, Eastman argued that giving the justices a Wisconsin cert petition, one of the states Trump has claimed election fraud, could help aid them in their discussions.

“So the odds are not based on the legal merits but an assessment of the justices’ spines, and I understand that there is a heated fight underway,” Eastman said in the email, sources told The Times.

The Jan. 6 Committee investigating the Capitol riot is looking at the emails as well as examining texts between Ginni Thomas and Eastman.

Rep. Jamie Raskin (D-Md.), a member of the Jan. 6 House committee, said Thursday in an appearance on CNN that he could not yet explain why the committee has subpoenaed Ginni Thomas, adding he “can’t talk about specific witnesses like that.”

Along with the Eastman messages, Ginni Thomas was encouraging electors in Arizona to reject the results of the 2020 election in that state.

The Hill has reached out to Ginni Thomas, Eastman’s lawyer, the Jan.6 committee and the Supreme Court for comment.

For the latest news, weather, sports, and streaming video, head to The Hill.