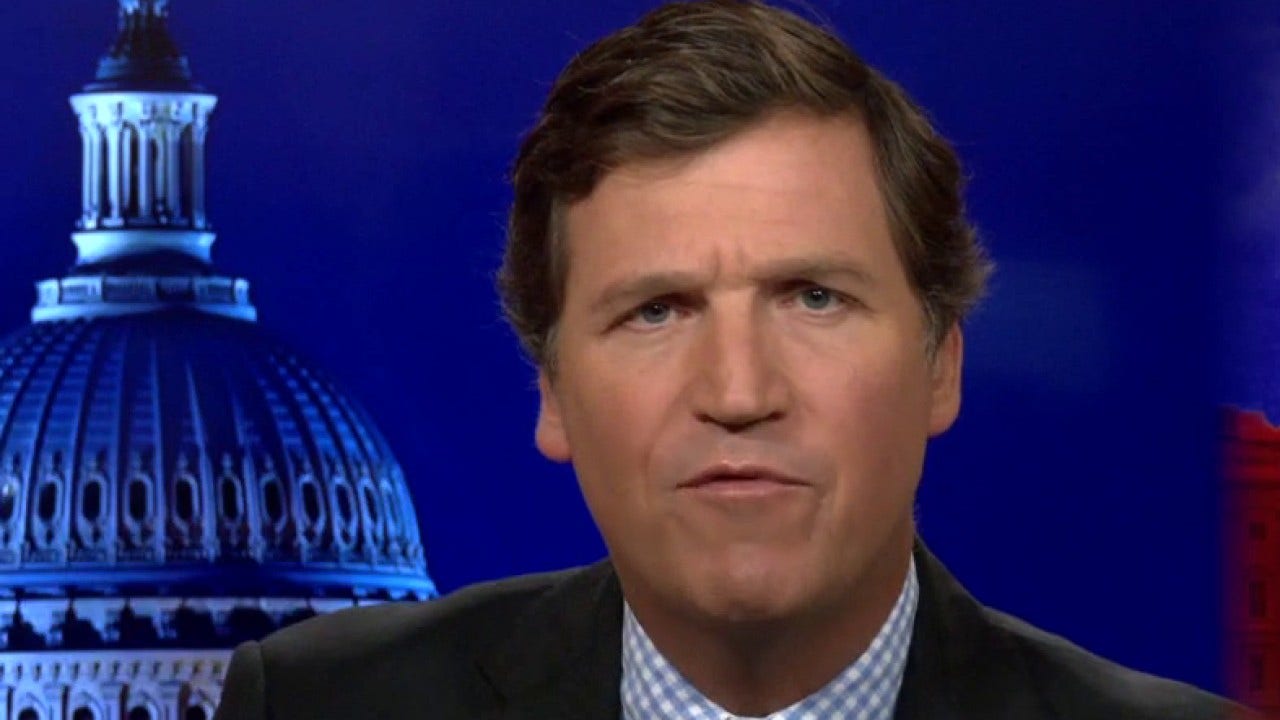 Happy Monday, if you could call it that. But you can’t. Like most Americans, you’re probably still trying to digest what has happened over these past four days. Profound national trauma is like that. Once you face something unimaginably horrible, nothing is ever the same. Nothing will ever be the same. Like prison, it changes a man.

This is not an easy time for any of us. We get it. We’re literally –  literally – still shaking as we think about how close this country came to losing our democracy last Thursday. Last Thursday was June 16th, a day forever branded in our memory, a day that has joined the pantheon of tragic turning points in human history. Where were you on 6/16? You’ll never forget and neither will we. At the time, we were preparing a show on Tony Fauci and his push for a new Corona shot for kids. It seemed important then. It seems so trivial now.

As we were speaking on the air at that very moment, a team of seven saboteurs had entered the Capitol grounds and then proceeded, as saboteurs do, to breach the Capitol itself. Inside those hallowed grounds, within the very womb of democracy, these wreckers began their hunt for sitting members of Congress. That happened, ladies and gentlemen, and if it sounds shocking to you, it gets more harrowing from there.

This was not some spontaneous outbreak of insurrection. No, this was a meticulously planned coup from afar. The group in the Capitol was under the direct control of an extremist called Stephen Colbert, who as a White man, is, by definition a White extremist.

This White extremist, Stephen Colbert, had a fifth column within the Capitol to help him pull off his diabolical plan. He had members of Congress in his employ. Members of Congress who, believe it or not, helped the insurrectionists enter the Capitol, just open the doors and let them walk in. Yes, that can happen and that fifth column included Adam Schiff of California, Stephanie Murphy of Florida, and a new member called Jake Auchincloss of Massachusetts, besmirching his family name. Those three members of Congress allowed the wreckers inside the Longworth House Office Building.

While inside, the insurrectionists tried to gain access to a restricted area, but they were thwarted by brave law enforcement who arrived, risking their very lives to remove the insurrectionists from the premises. But it wasn’t enough because hours later, an aide to Congressman Auchincloss secretly permitted the insurrectionists to reenter the Capitol complex. And then around 8:30 p.m., they cause some kind of disturbance. The details are murky as of tonight, but according to one report, they were banging on windows inside the Capitol, trashing the place, committing violence against our democracy. And for that, apparently, we are hearing tonight, they were put in jail, but within hours they were out again.

Now, the man who controlled this attempted to coup, Stephen Colbert, knew exactly what he was doing. He knew the stakes. He knew the crimes he was committing and we know that because just last year, this White extremist, Stephen Colbert, explained that grown men who unlawfully enter the Capitol to harass sitting members of Congress are not pranksters. They’re not protesters. They’re domestic terrorists.

STEPHEN COLBERT: Lord have mercy. There are some dark subjects that we talk about on the show occasionally, but I’ve rarely been as upset as I am tonight. This is the most shocking, most tragic, least surprising thing I’ve ever seen and his followers did what he told them to do. Behave in a way, that’s …what’s the word? Deplorable. One of these domestic terrorists even broke into Speaker Pelosi’s office and put his feet up on her desk. They now live in an alternate universe that is now collapsing in on itself. It’s like a black hole of Whiteness, and this was never some sort of peaceful protest. This was Charlottesville come home to roost.

Oh, it’s shocking. These are domestic terrorists. Stephen Colbert, in what the literary community refers to as foreshadowing, described his own coup, and yet Stephen Colbert somehow still has access to the airwaves and to digital media, spreading his hate unfettered, convincing future generations of insurrectionists to do what his team of saboteurs did last week. That must stop. People who plan coups must be silenced.

There’s recent precedent for that, and anyone who disagrees should be disconnected from Amazon Web Services immediately. No spreading hate, but stopping White extremist Stephen Colbert from passing on his message of insurrection to the country won’t solve what the rest of us are living with and that’s trauma and like all trauma, journalists are affected most profoundly.

GOWDY: WHY IS AG GARLAND USING THE JAN. 6 CONGRESSIONAL HEARINGS TO GATHER FACTS FOR THE DOJ’S INVESTIGATION?

BRIANNA KEILAR, CNN: Lies that will bring thousands of angry people to the capital for one of America’s darkest days.

MSNBC REPORTER: Became one of the darkest days in American political history.

DON LEMON: The very next day was one of the darkest days in this nation’s history.

CNN REPORTER: To one of the most dramatic and dark days in American history.

CBS REPORTER: One of the darkest days in U.S. history.

YAMICHE ALCINDOR,MSNBC: This was one of the darkest days in American history.

COLBERT: What size bottle of bourbon do you drink at night to forget your central role in the darkest day in our Capitol’s history?

Yeah, journalists feel this stuff deeply. People say, “Oh, you’re just robots, just automatons inert, hardened, callous to the news. You don’t feel.” But we do. We do feel. You see something like that. You see an insurrection take place before your very eyes and it hurts you. It changes you. You’re not the same person. How long will it take to heal? It’s impossible to know. CNN just interviewed a Rolling Stone journalist who, after a year and a half after the last insurrection, still hasn’t healed. Watch.

BRIAN STELTER, CNN: You wrote for Poynter, then in January of last year, you said, “Sometimes I’m fine. Sometimes I want to sob for hours. Sometimes I just want to sleep.” So that sounds to me like trauma. That sounds like PTSD. Do you feel like you still experience that?

GRACE SEGERS, STAFF WRITER, THE NEW REPUBLIC: I do think so to a certain extent.

HUNTER WALKER, CONTRIBUTOR, ROLLING STONE: This morning when I got on the train to come down here and see you, Brian, I was looking at the Capitol Dome.

WALKER: And, you know, my parents recently came down to visit me and we were near it and I remember thinking to myself, “Man, I can’t wait until I can look at this and not feel sad.”

Now you look at something like that and you’re tempted to dismiss it out of hand, “Oh, you’re having trouble sleeping? You sob for no reason? Well, that’s because you have a barren, personal life. You’re celibate. You’re only meaningful human contact comes from the Uber Eats guy. You live out your emotional life on Netflix. That’s your core problem. It couldn’t really be an insurrection that made you cry.”

Sorry, excuse me. Sorry, stop “or disrupted your sleep,” but it can. For a journalist, this stuff hurts, but if you think it’s bad for us in the news media, what do you think it was like for the lawmakers who were trapped inside Thursday night? In the last insurrection, even though she was nowhere near the Capitol – she was probably getting her nails done, but it didn’t matter – Sandy Cortez nearly died.

CNN REPORTER: Congresswoman Alexandria Ocasio-Cortez has given a harrowing account of her experience on January 6.

NBC REPORTER: A harrowing and emotional account of what happened to her during the Capitol riot.

KASIE HUNT, MSNBC: It’s one of the most harrowing accounts so far.

KEILAR: The harrowing story of how she hid from attackers during the Capitol riot.

“Boom, boom, boom!” That’s what an insurrection looks like, but there’s no charade-like miming they can’t ever fully express the pain inside. We’re going to deal with that in our quiet alone time, possibly wearing an upscale turtleneck. We’ll let you know. But the question is, once we’ve had an act of war like this, how does the country respond? How do we all respond? “Boom, boom, boom!” as Sandy would say.

SEN. KENNEDY RIPS ‘WOKE’ LEFT FOR INTIMIDATING SUPREME COURT JUSTICES: ‘WHAT YOU ALLOW IS WHAT WILL CONTINUE’

Well, obviously, we need a commission, of course, and a criminal investigation. There’s probably one underway, by the way and then a day of remembrance, because you can’t let the memory die. So, who’s going to lead this? Well, the obvious candidates, Liz Cheney, Adam Schiff and speaking of crying, Adam Kinzinger.

They’re the naturals. We called them today to see what they’re planning. How are we going to commemorate this latest insurrection? They haven’t gotten back to us yet, probably sleeping or weeping. But we can assume from past experience that Adam Kinzinger feels this really deeply, really deeply. Watch.

REP. ADAM KINZINGER: Talk about the impact of that day, but you guys won. You guys held. You know, democracies are not defined by our bad days.

Representative Adam Kinzinger, a Republican from Illinois, speaks during a hearing for the Select Committee to Investigate the January 6th Attack on the U.S. Capitol in Washington, D.C., U.S., on Tuesday, July 27, 2021.
(Photographer: Chip Somodevilla/Getty Images/Bloomberg via Getty Images)

Yeah, Adam Kinzinger is right and we ‘ve made fun of him in the past like a grown dude crying on TV. We mocked that. We apologized. Adam Kinzinger, we can recover. But there’s only one path toward recovery and if you talk to any recovery expert, they will tell you the way to recover is to viciously punish the people who hurt your feelings—step one. It’s always step one.

So, we’re going to have to mete out some pretty serious punishment. Stephen Colbert’s team of insurrectionists have been jailed for one night. That’s not a lot. The penalty for insurrection is death. We’re not calling for that here. This is a moderate show. These are our fellow Americans. We owe them a second chance. Thankfully, there’s recent precedent to help guide an appropriate punishment.

Tucker Carlson currently serves as the host of FOX News Channel’s (FNC) Tucker Carlson Tonight (weekdays 8PM/ET). He joined the network in 2009 as a contributor.