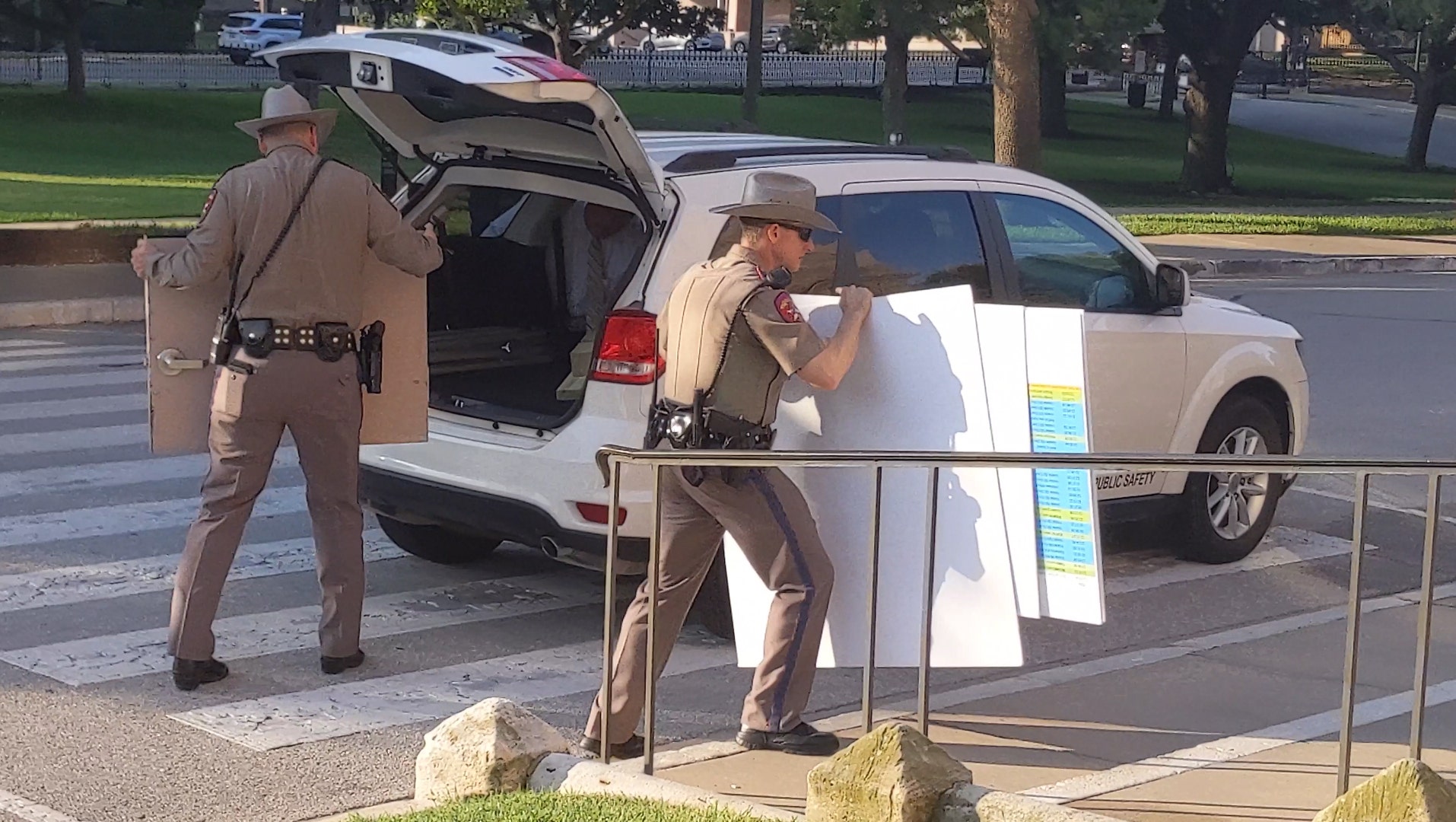 AUSTIN, TEXAS – FIRST ON FOX: Texas Department of Public Safety officials brought a door from the Robb Elementary School shooting into the Texas State Capitol on Tuesday morning ahead of a special Senate committee hearing on the tragedy.

As the law enforcement response to last month’s shooting comes under increased scrutiny, new details about how the gunman was able to walk unobstructed into the elementary school have also been released.

Texas DPS Director Steven McCraw initially said that the suspected shooter got into the school through a door that a teacher had propped open minutes before the attack, but later clarified that the door was closed and unlocked.

The gunman then entered adjoining classrooms 111 and 112, walked back into the hallway one time, then reentered the classrooms and locked the door behind him, McCraw previously said.

Part of a door from Robb Elementary School was brought into the Texas State Capitol ahead of a hearing on the shooting that left 19 children and two teachers dead.
(Fox News Digital)

At least 11 officers followed the gunman into the school less than three minutes after he entered, but the incident commander, Uvalde school police chief Pete Arredondo, decided to wait for tactical gear and a key to unlock the classroom door before confronting the gunman, according to McCraw.

UVALDE SHOOTING: OFFICERS WITH RIFLES AND A BALLISTIC SHIELD WERE INSIDE SCHOOL FOR 58 MINUTES

But as more officers amassed in the hallway with rifles and ballistic shields, no one actually checked the classroom doors to see if they were unlocked, the San Antonio Express-News reported last week.

Similar to how the exterior door malfunctioned and didn’t lock, the door to enter the classroom may have been unlocked the whole time, a law enforcement source told the newspaper.

A Halligan bar, an ax-like tool that can open locked doors, was also available if the door had been locked, but was never used, according to the Texas Tribune.

Nearly a dozen officers were inside the school three minutes after the gunman entered, while other officers arrived with ballistic shields at 11:52 a.m., 12:03 p.m., and 12:05 p.m., the Austin American-Statesman reported Monday. At least two of the officers had rifles.

A special agent with the Texas Department of Public Safety arrived about 20 minutes after the shooting started and immediately asked if there were still children in the classrooms, according to the Texas Tribune, then said: “If there is, then they just need to go in.”

About 77 minutes after the gunman entered the school, a tactical team breached the classroom door and took out the shooter around 12:50 p.m.

People visit a memorial at Robb Elementary School in Uvalde, Texas, on Thursday, June 2, to pay their respects to the victims killed the school shooting.
(AP/Jae C. Hong)

The Special Committee to Protect All Texans is meeting on Tuesday morning at the capitol to hear from invited speakers and the public on school safety, police training, and social media. A hearing on Wednesday will focus on firearm safety and mental health.

In the House, another special committee is interviewing law enforcement officials about the response to the shooting behind closed doors.

Paul Best is a reporter for Fox News Digital. Story tips can be sent to Paul.best@fox.com and on Twitter: @KincaidBest.