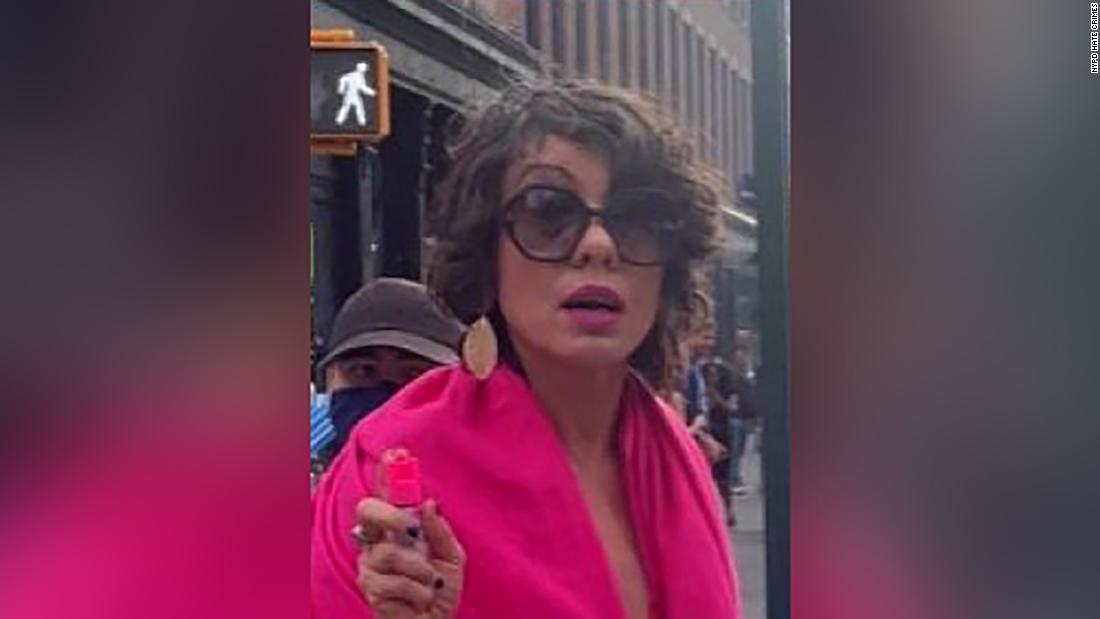 Madeline Barker, 47, was arraigned Saturday night, a spokesperson for the Manhattan District Attorney’s Office told CNN, and bail was set at $20,000. Her next appearance in court is slated for Thursday, June 23.

An attorney for the Legal Aid Society, which is representing Barker, could not be reached for comment.

Barker, of Merritt Island, Florida, also faces four counts of second-degree aggravated harassment and one count of third-degree attempted assault as a hate crime, per the complaint, which details statements given by four alleged victims, all of whom are Asian women.

Each of them told detectives the woman used pepper spray, hitting three of them but missing the fourth, and stated something to the effect of, “Why don’t you go back to your country?”

The attack, which was investigated by the New York Police Department’s Hate Crime Task Force, happened June 11 in Manhattan’s Meatpacking District and was partially caught on video. The footage, released by police, showed a woman brandishing what appeared to be pepper spray.

The woman proceeded to pepper-spray four women during the altercation, the NYPD said. The women refused medical attention, according to an earlier news release from police.

At some point during the altercation, not captured in the video the NYPD released, an unidentified Asian man passed the group on the sidewalk, NYPD Sergeant Anwar Ishmael previously told CNN. The suspect allegedly turned to him and said, “You take all your b***hes back to where you came from,” Ishmael said.

Additionally, per the complaint, investigators showed a still image taken from video at the scene of the attack to the defendant, who allegedly responded, “That is me.”

Hate crimes, including those against Asians in the US, have seen a sharp increase in recent years. The Covid-19 pandemic sparked attacks against Asians amid online and political rhetoric stigmatizing them, but this category of hate crime is often underreported.

Between March 31, 2021, and March 31, 2022, 110 of 577 hate crime incidents targeted Asians, according to the NYPD Hate Crimes Dashboard. In March 2022 alone, there were nine incidents treated as hate crimes targeting Asian Americans, with five arrests.

And despite the concerning increase in such crimes, a small percentage of reported attacks against Asians end up in convictions.

A report from the Asian American Bar Association of New York found of the 233 reported attacks against Asian Americans in New York City in the first three quarters of 2021, seven led to hate crime convictions as of late May.

CNN’s Rob Frehse and Aya Elamroussi contributed to this report.